Make Yourself A Friday Drink And Let’s Recap The Week 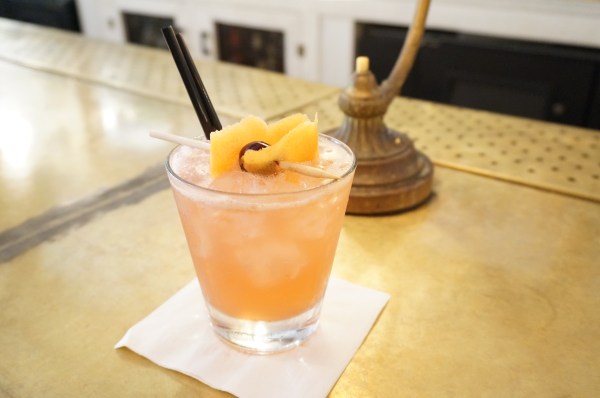 The week is winding down and we’re sure that by this point you have Friday happy hour to Sunday brunch properly mapped out — with Fear The Walking Dead as your weekend closer. You earned all of it (probably, you seem nice).

It was a week of ups and downs, highs and lows. Any glance at the headlines kept emotions ebbing and flowing. One minute we were feeling sympathetic for Manny and the next we were giddy over the news of a forthcoming Flight of the Conchords movie and tour. When stories about human awfulness sent us low, we had amazing stories like KoKo’s to cheer us up.

Straight Outta Compton continues to dominate the summer (at the box office and the water cooler). Last week, we sat down with DJ Yella to hear about what it took to make it in Compton. Today, Dr. Dre addressed some of the controversy that the movie has swirled up for him. Ice Cube, on the other hand, has come out of this mostly unscathed — chatting for cameras with his son, and responding to mostly-glowing YouTube comments.

A final piece for your consideration, we spoke with some of the best surfers alive to create an oral history of the greatest heat in competitive surfing history. If you haven’t read it, do yourself a favor and finish up your Friday pre-gaming by learning about that fabled day when Kelly Slater and John John Florence went toe to toe at one of the most dangerous surf breaks on the planet.

What to drink as you do all this reading? This week, Mike Chung of Power House Bar LA sent us the “Buenos Notte.” It’s easy to make and perfectly balanced, a great way to start the weekend.

The BUENOS NOTTE by Mike Chung, bartender at the Power House

Mix over ice and garnish with citrus zest. 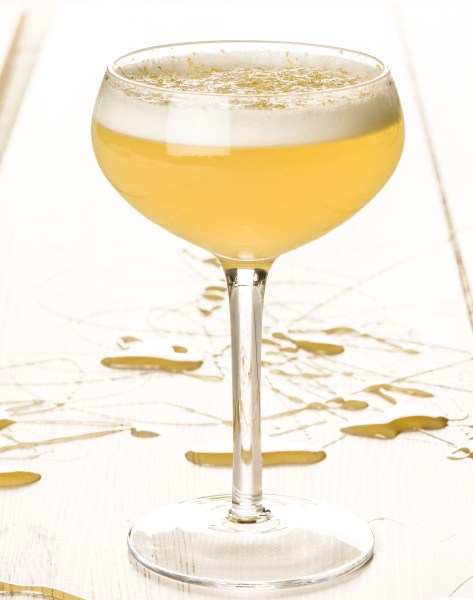 It’s Friday. Let’s rejoice with a libation. Ring in the weekend! You want something slightly sweet, yet strong enough to remind you that you are an adult.

It’s time to kick your slipper-adorned feet up as music thumps in the background. While you’re thinking about music, did you read this deep dive into the music behind the beloved TV show Pete & Pete? Did you check Kendrick Lamar talking to the N.W.A crew? The Uproxx team is predicting a huge opening for Straight Outta Compton, and think that these other biopics deserve to get made.

Now we’re talking about movies, so it’s worth asking if you caught this fun Frozen/Tarzan theory, or read Bobcat Goldthwait and Vince Mancini riffing on Bobcat’s new documentary and “The Gathering of the Juggalos.”

You might want to mix a double when you see that the universe, as we know it, is dying. On the bright side, Bill Nye is getting a documentary. So, maybe humanity will smarten up before all the ice caps melt. Or we can just get everyone a hoverboard for crossing our soon-to-be water-world.

Have fun — but stay responsible-ish (#makegoodchoices). If you just need to veg out, don’t bother catching up on True Detective. Check out the genius twists of Mr. Robot instead. 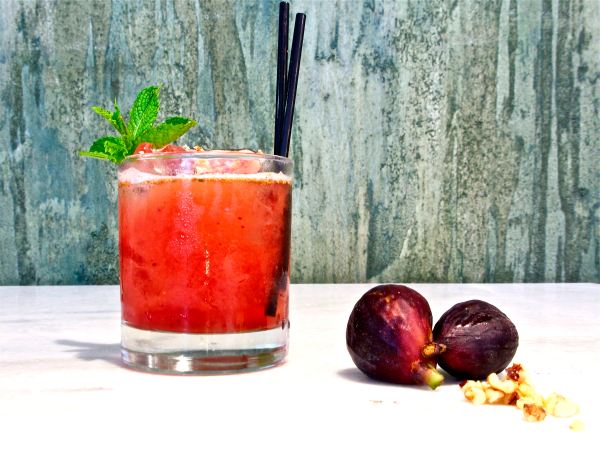 We’re all in the same boat right now. We may have a beautiful weekend on tap, but it’s hard to look forward just yet with Jon Stewart gone from The Daily Show. Better to watch a few more of the man’s many highlights and give ourselves a day to cope with the fact that next week will glow a little less brightly.

Godspeed, Jon. We’re all here toasting you from afar.

Cut mint sprig to about four to five inches long (long enough so it will be able to peek over the edge of the rocks glass). You will have to strip the mint off each sprig until you have just three to four smaller leaves at the top of the mint for garnish. The rest of the leaves (three) will be used in the cocktail.

For the simple syrup, you will need to heat one cup of water and bring to boil. Add ½ cup sugar and stir until sugar is dissolved. Turn off heat and let cool.

Using a mixing glass (Boston) or a two-piece shaker, combine black mission figs, tawny port, simple syrup, and fresh lime juice and muddle into a nice paste. Add three fresh mint leaves, bourbon, and elderflower liqueur. Add ice and shake vigorously for about eight to 10 seconds so the ingredients can infuse. Strain contents over ice in an Old Fashioned Glass or Rocks Glass. Cut a fig to garnish cocktail. Grate some walnut over drink and add a mint sprig.

Or swing by and visit the crew at Fig and Olive. There’s strength in solidarity. We’ll get through this loss together.

**CONTINUE DOWN THE PAGE FOR LAST WEEK’S DRINK**

Whip and shake all ingredients, and pour over crushed ice.
Spray with Scotch mist, and garnish with a slice of strawberry and thyme sprig.

Recipe for the “Armadillo Sour” from ARC in Costa Mesa, Calif.

Muddle the thyme. Add the first four ingredients into a shaker, along with ice. Shake and double strain into a coupe glass. Top with champagne. Garnish with a spring of fresh thyme.

Zest fruit and combine all ingredients. Leave to rest for one hour and strain syrup into a container. Makes one liter which can saved and be used for approximately 11 drinks.

Combine spirits, ice, and a dash of Regan’s Orange Bitters in a cocktail shaker. Shake to combine and strain into a rocks glass over fresh ice. Peel orange, drag swath of orange peel around the rim of the glass, and then insert the peel into the drink.