If you’re like us, and one of your New Year’s resolutions is to travel more, then Lonely Planet is here to help. Because you don’t just want to see the world. You want to see the freshest, newest sites now open to the public.

Lonely Planet has compiled their list of the most exciting places opening this year around the world, and they’re amazing. From incredible new museums to a cruise around the world — everything on this list should be immediately added to, then checked off of your bucket list.

So pack your bags now and be the first to visit these stunning new trails, trips, and museums.

Opening in October 2017, Design Society is a brand new museum located in Shekou, Shenzhen, China. It will showcase groundbreaking designs from across the ages and innovations in design that will be catalysts for our future. The gorgeous museum is a work of art in itself, and the exhibits look equally tantalizing.

Dreaming of a romantic train ride through the Andes? Starting in May you can take a trip on South America’s first luxury sleeper train line. It’s set to travel along one of the highest rail routes on earth and will cross the Peruvian Andes from Cusco to Lake Titicaca and Arequipa.

Now you can visit beautiful Rottnest Island in style! Opening in late 2017, this eco-friendly resort will offer comfortable glamping with resort facilities to include a bar and restaurant.

If this is what 2017 has in store then I'm ready….but thoughts of prep lists and hot kitchens are starting to cloud my zen. #nofilter #holidaysarethebestdays #nearlyover #tryingtostarttheyearright #waparadise #rottnestisland #cantijustlivehereforever

Boasting a trip from Miami to London in 141 days, this cruise will take you all over the world. You’ll visit five continents and 35 countries on this amazing cruise including its first stop in Havana, Cuba. If you have the money to drop (it’s obviously not cheap) this could prove the trip of a lifetime!

Opening in Chicago in 2017, the American Writer’s Museum seeks to fill the gap that museums have left by not having one specifically to celebrate the written word and its importance. The mission of the American Writers Museum is to engage the public in celebrating American writers and exploring their influence on our history, our identity, our culture, and our daily lives.

A post shared by The American Writers Museum (@americanwritersmuseum) on Aug 12, 2015 at 1:43pm PDT

We are so excited about the #beautiful and colorful plans we have for our #museum! Coming Spring 2017 to #MichiganAvenue! #Chicago #americanwritersmuseum #sneakpeek #reading #bookstagram

A post shared by The American Writers Museum (@americanwritersmuseum) on Nov 30, 2016 at 10:46am PST

While the park isn’t new, in 2017 Akagera National Park will be reintroducing black rhinos to its wildlife population. Now you can see them thriving in their natural environment! Definitely worth a trip if trips to Africa are in your budget!

This is @joelsegalphotography and welcome to my #pixelrights #pixelrightstakeover #instagramtakeover. Given we are at the start of 2017 I thought I would end day 1 on the topic of #hope. Let's hope we see many more #blackrhino cows with their calves #free in the #african bush. Unfortunately the tide of hope is not on their side. Taken in #phinda. #rhino #conservation #nature #safari #bnw #southafrica #nikon #travel #africa #photooftheday Please feel free to follow me on my journey to develop my photography: Instagram: @joelsegalphotography Web: www.joelsegalphotography.com Twitter: @Segal_J

Two new museums celebrating Saint Laurent are set to open in 2017. The first is his original atelier (workshop) in Paris which is being lovingly restored to its condition when he worked in it. The second is a museum in Marrakesh which will showcase his designs and other exhibits! Both are supposed to be fabulous.

The brand new trail takes you around the stunning landscape of South Australia and is now fully open. Be ready to see kangaroos up close and personal along with forests, lagoons, and breathtaking cliff views.

If you’ve been out hiking @authentickangarooisland’s new five-day, 66km (41 mi.) Wilderness Trail across some of the most jaw-dropping coastline in Australia, you’ll definitely need a good place to rest your head, and luckily for @natureloverswalks, the superb @kangaroobeachlodges delivered! After sampling some of ‘KI’s most amazing bushland, beaches and wildlife, there’s nothing better than kicking back on the cliff top deck, cracking a bottle of local sparkling and unpacking your gourmet hamper as the Sun slips into the sea. With nothing but the sounds of the ocean to send you off to sleep, you’ll be living the island dream in no time at all… Nighty night, everyone! #SeeSouthAustralia 👣🌅🍷 [📍Location: just a 1hr flight from Melbourne to #Adelaide in #SouthAustralia – then a 35 minute flight (or 2.5hrs drive/ferry) to Kangaroo Island ]

This museum highlighting tectonic activity in Iceland is an interactive experience that focuses on “revealing the epic forces of nature that shape our planet and created Iceland.” Located at the base of three volcanoes (Eyjafjallajökull, Katla and Hekla), it even has a 360 degree viewing platform.

1. Museum of the American Revolution, Philadelphia_ 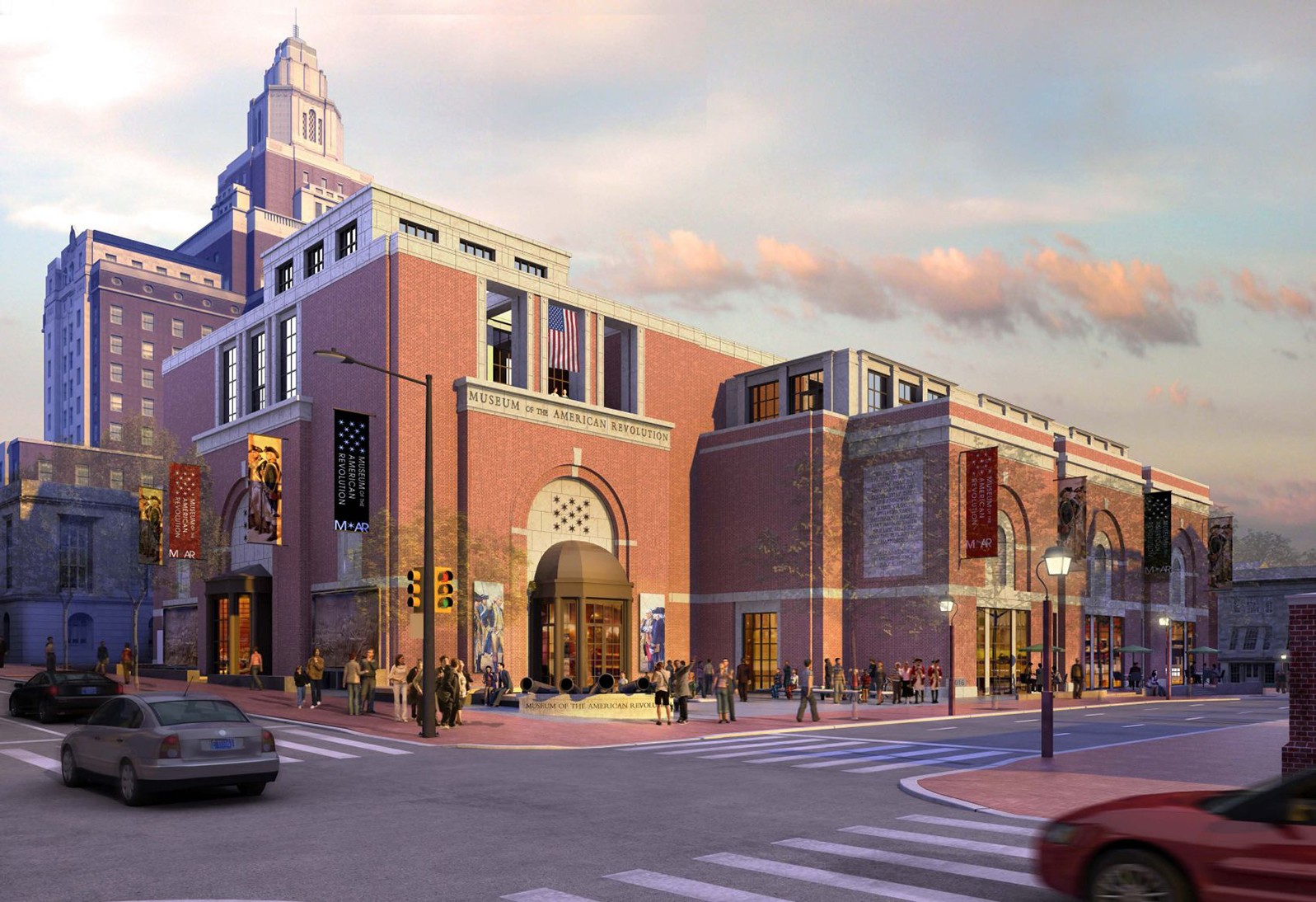 The new museum will house artifacts and history from the American Revolution in one of America’s most historic cities. It even has the actual tent that General George Washington used as his headquarters and home for most of the war.

"that all men are created equal" #museumoftheamericanrevolution plaza dedication, exciting

Did you know that the bayonet was the main weapon on the battlefield during the American Revolution? The smoothbore musket, known as a "firelock," was only accurate up to 50-60 yards at best. Due to the non-rifled barrel, a soldier was only able to hit his target at very close range. Going "muzzle to muzzle on open ground" in long lines was the best possible way to inflict the most damage. Only a few amount of volleys would be fired by the armies to cause confusion, disruption, and loss of moral to the enemy. Following this, the enemy had to be "pushed" from the field with the use of the ruthless, triangular bayonets. Birmingham hill saw the most action when the British charged several times at the American lines only to be repelled. After constant waves of charges, they finally dislodged the Continentals from their position, sending them retreating towards Sandy Hollow and Dilworthtown. #pennsylvaniahistory #brandywinebattlefield #battleofbrandywine #pennsylvania #militaryhistory #americanhistory #americanrevolution #brandywinevalley #chestercountypa #delawarecountypa #philadelphia #museumoftheamericanrevolution #britishhistory Photo Credit: Jeff Outten

A post shared by Brandywine Battlefield (@brandywinebattlefield) on Dec 10, 2016 at 11:44am PST