Captain Paul Watson, founder of the Sea Shepherd Conservation Society, has lived an adventurous life. He’s been shot at, imprisoned, and threatened more times than he can remember. For what? For having the audacity to believe that maybe, just maybe, whales have rights and should not be eradicated from this planet for human benefit. His war with those who believe otherwise has spanned over four decades, and, in his words, he’s far from done.

That impassioned and unflinching character is the kind that documentarians dream of. So it’s no huge surprise that this weekend will see the limited release of Watson by award-winning filmmaker Lesley Chilcott. The film takes viewers through Watson’s career in conservation, including the founding of both Greenpeace and Sea Shepherd, while offering a deeper look at the man behind the mission than observed in past productions, like Whale Wars.

Watson is a powerful mix of horror and delight, mixing grainy archival footage of its subject’s operations — from anti-whale hunting ops to battles with shark finners — with stunning underwater images fit for the Planet Earth series. The result is a compelling profile of one of history’s most important environmental defenders, as well as a call to arms for young activists in the making.

Check out our conversation with Paul Watson, below. 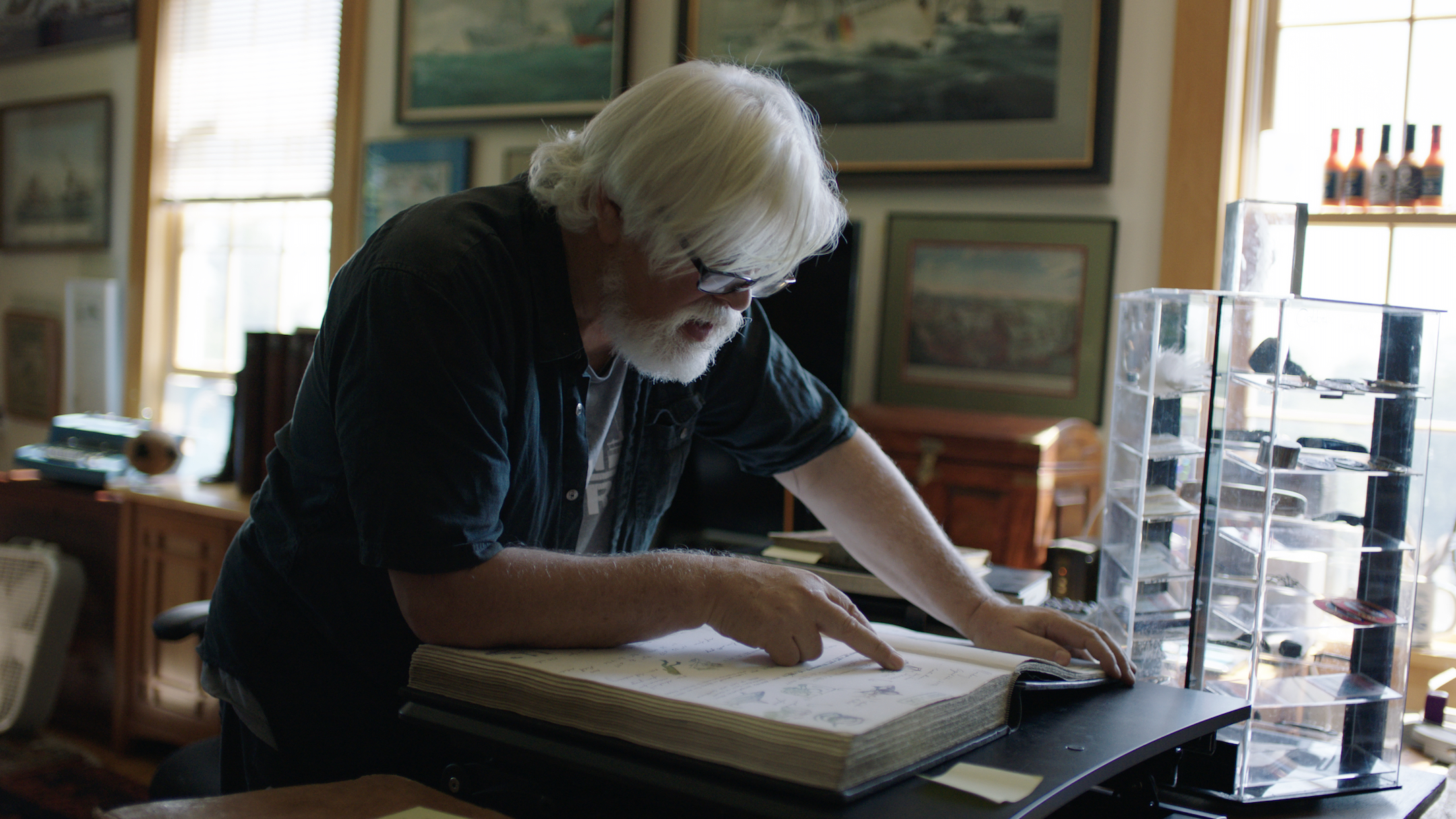 What do you hope people will walk away thinking after seeing this film?

I am hoping that it will present a new insight to people and encourage them to look deeper into their relationship with the ocean. Also to discover how important it is to protect biodiversity in the ocean. I absolutely hope that it will inspire people to come join us on our ships on the high seas. But at the same time, I would be happy with it just to have people think more about the actions that they take during their everyday lives. What they eat and how their everyday actions may be affecting the environment. Lesley did a tremendous job. I was quite honored by the fact that she approached me about doing a movie after being a part of a project as powerful the An Inconvenient Truth films.

Ultimately, I know that her films are done in a way that inspire and that is what I hope to do.

In your opinion, what is the state of our oceans at this time?

I have to be blunt, the oceans are dying and they are dying during our lifetime. Our marine biodiversity has been severely diminished. Phytoplankton populations have been reduced as severely as 40 percent since 1950, which is crucial to sustaining our ocean life, and if the ocean dies we all die. I think it is really important that people come to the realization that our own survival is connected to a healthy ocean.

I have been a fan of yours for a while, and have gotten to meet some of your Sea Shepherd crew, who are all inspiring people. But do you hope this doc will provide more context to the people who have deemed your actions in defense of the environment as “extreme” in the past?

I have always looked at Sea Shepherd as being a very conservative and measured organization in our actions. There have been some people in the past who have called us “radical” when they didn’t understand the situation, but what I have noticed over the past 20 years is people realizing that what we have done was completely necessary.

We haven’t changed at all, but the public consciousness has caught up with us, and information has been shared where people understand how evil some of these wildlife crimes are. Not only that, but people are only becoming more aware with films like this one, Sea Of Shadows, and Sharkwater.

Speaking about public consciousness, do you think we are at a point where real change is possible still?

Every social movement in history has been carried out by about seven percent of the population, and I think we are getting close to that number right now. You can’t reach everyone, because for one there will always be a part of civilization that is only interested in their own lives. Our job is to try to reach the ones who are listening.

I have two ships in the Sea Of Cortez right now to try to prevent the extinction of the endangered vaquita porpoise, which there is another film about — Sea Of Shadows, which comes out this month on National Geographic. We are also on patrol on the east and west coasts of Africa where poachers are working with numerous African countries to ship out animals. We have forged partnerships with Peru, Ecuador, Mexico, Gabon, Tanzania, and others. This is very effective because they can provide the authority where we can provide anti-poaching resources. But we are also all over the world cleaning up beaches and educating people as much as possible.

There is a lot of work that needs to be done, but what about progress? Have you seen positive change out there?

Yes. Recently actually, this year is historical, it is the first one where there will be no whaling in international waters. This has been a longtime mission of ours, as some people know, the Japanese fleet has retreated from the Southern ocean. We are making a lot of progress there. The only problem that Lesley had with making this film is that we have done so much that she could only fit a small part of it into a documentary. I would say a good 80 percent of what I have done over the last 42 years wasn’t able to be included. But regardless she was able to get the message across of what we are doing, and what we need to do in the future.