How Glorious Is Oscar Isaac’s Dancing In ‘Ex Machina’? (And 24 Other Urgent Questions) 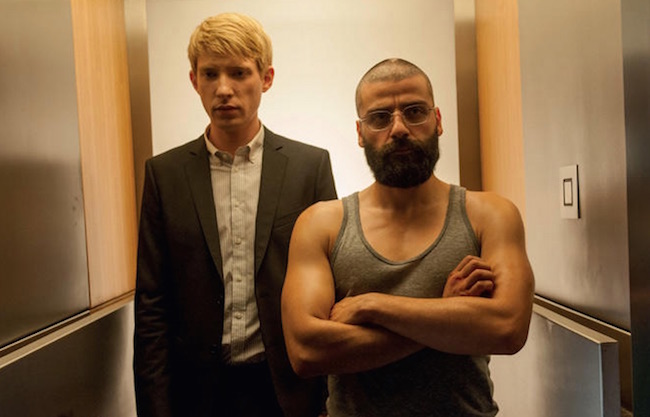 Before we see Oscar Isaac as Poe Dameron and Domhnall Gleeson as a yet still unknown character in Star Wars: The Force Awakens, the duo team up for another sci-fi movie, Ex Machina. And you know what? It’s pretty glorious. As a service to you, we answer every question that you could possibly have about Ex Machina.

Q: Is Ex Machina about a robot?

Q: I saw Chappie and don’t think I can handle another movie about a robot.

Q: Does the hip hop group Die Antwoord show up at any point during Ex Machina?

A: Thank goodness no.

Q: Does the robot in Ex Machina fight crime?

A: No. The robot in Ex Machina is less robot and more artificial intelligence.

A: Haley Joel Osment does not appear in Ex Machina. And unlike A.I., the artificial intelligence presented in Ex Machina, named Ava (Alicia Vikander), may or may not be fully formed.

Q: Wait, what is this movie about?

A: Caleb (Domhnall Gleeson), a coder at a fictional Google/Facebook type company called “Bluebook” wins a contest to spend the week with the founder of Bluebook, Nathan (Oscar Isaac), at his mountain retreat.

A: Nathan, who seems to have little to no direct contact with anyone in the outside world – and gets drunk by himself all the time – explains to Caleb that he’s going to be part of an experiment.

Q: What is the experiment?

A: Nathan has been working on an artificial intelligence and needs Caleb there in order to discover if Ava passes the Turing test.

Q: Didn’t Benedict Cumberbatch explain that to me during The Imitation Game?

Q: How is Caleb supposed to do this if he’s aware he’s talking to a robot?

A: That’s all explained, but the gist is that Caleb has a series of sessions with Ava that involve a lot of questions and numerous conversations. It’s from these sessions that Caleb has to decide if Ava is sentient.

Q: Is this a case of the son coming back to a topic to avenge his father’s mediocre movie?

A: I seriously doubt that, but I’m going to pretend that’s true.

Q: Is there an extended scene of Oscar Isaac dancing to disco music?

Q: Is it even more wonderful than I’m imagining?

A: This is correct. Go ahead, see for yourself.

Q: Is this the part when Die Antwoord shows up?

A: Die Antwoord is not in Ex Machina.

Q: At any point during Ex Machina does Nathan fly an X-Wing Fighter?

Q: At any point during Ex Machina, does Nathan have sex with a robot?

A: I’ll just say there’s a greater chance of this happening than there’s a chance of an X-Wing Fighter showing up.

Q: While watching Ex Machina, is there always a foreboding sense that something else sinister is going on?

A: Yes. The suspense level during Ex Machina is off-the-charts high.

Q: Is this one of those movies that, while watching, the entire time you’re trying to figure out what’s really going on?

A: Yes. But the best thing about it, there are so few players involved, there are really only a handful of possibilities. In other words, Ex Machina can’t cheat by introducing a deus ex machina. It’s all right there in front of you…

Q: So is it easy to figure out where Ex Machina is going?

A: That it’s a very smart movie and seems to almost be cognitive of what the audience is thinking.

Q: What does that mean?

A: At one point, I remember wondering why Caleb didn’t perform a certain action like a reasonable person would do, then he immediately does that. At another point, I was wondering about the nature of a specific character, but the movie knows you’re thinking that, so it disproves your theory just so it’s not a distraction.

Q: Is this one of the best pure sci-fi movies to come out in a very long time?

Q: And you promise there’s no Die Antwoord?