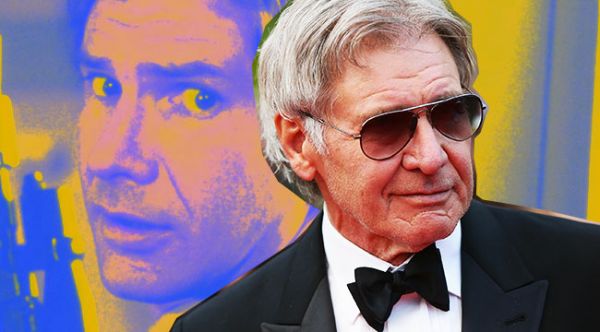 It’s a good time to be Harrison Ford. To be fair, it’s been a good time to be Harrison Ford for a few decades now. Since the 1970s Ford has been able to balance acclaimed performances with work in some of the biggest franchises ever created. The balance hasn’t always been perfect. Ford’s back-to-back appearances in, say, Indiana Jones and the Temple of Doom and Witness in 1984 and 1985 worked out better for him than, for instance, the Clear and Present Danger/Sabrina one-two punch of a decade later. But on the whole, Ford’s navigated Hollywood well, staying in demand as the world-weary, seen-it-all persona he adopted as a young actor becomes an even better fit as a senior citizen. It’s possible that Ford’s golden years could double as a Ford golden age and that the sequels on his upcoming slate could be more than just a victory lap.

Before Star Wars: The Force Awakens, this didn’t seem all that likely. To watch Ford in Cowboys & Aliens or Indiana Jones and the Kingdom of the Crystal is to see an actor who would visibly rather be somewhere else. The latter saw him struggling to animate one of his signature characters, which didn’t provide a lot of reasons to be optimistic about his reprisal of Han Solo in Star Wars: The Force Awakens. He could still win acclaim for his work in 42 and Age of Adaline, but his heart just didn’t seem to be in blockbusters anymore.

But, a funny thing happened on the way to becoming a full-time blockbuster burn-out: Ford turned in a really good performance in Star Wars: The Force Awakens. No, scratch that: he turned in a great performance. The film confirmed what the “Chewie, we’re home” moment in the trailer suggested: That the years between could just melt away. That Han Solo was back and only Ford could play him. (And, yeah, I know: There’s going to be someone else playing him soon. Separate issue. Let’s move on.)

What’s remarkable about Ford in The Force Awakens is not just how, with seemingly little effort, his slips back into Solo’s skin. It’s how beautifully he lets his performance convey what’s happened to Solo in the years between in ways the script only suggests. He’s seen tragedy follow triumph, losing his son to a corrupting influence and the love of his life in the fall-out from that corruption. He may have gone back to the only thing he thinks he can do well, smuggling, but he’s tender with Rey and caring with Finn in ways that suggest, whatever went wrong, he tried to be a father. And that he missed it.

A younger Ford wouldn’t have been able to convey that. Ford’s often been compared to Humphrey Bogart; he’s even played a role Bogart originated in the remake of Sabrina. But he’s now — having outlived Bogart by almost two decades — better equipped to play the way cynicism can be used to disguise a sense of moral duty than he’s ever been before. His is a face that’s seen what the world can do– or, in Solo’s case, a galaxy far away — but remains determined to fight on. His still-handsome, now-weathered, face has caught up with his world-weary attitude and he’s dug in, finding notes to play that wouldn’t have worked before.

Ford’s The Force Awakens performance is one of the best indications that our current cycle of revivals could be about more than financial opportunism and easily exploited nostalgia. There’s a poignancy to seeing Han Solo grow old beyond the sadness of [almost uncertainly necessary spoiler warning] seeing him die. Here’s the devil-may-care adventurer after adventuring has lost its charm, a pirate who’s grown weary of the sea, who now carries with him the unwanted cargo of regret and remorse.

Can Ford bring the same qualities to his revivals of Indiana Jones and Blade Runner‘s Rick Deckard, characters who, unlike Han Solo, he seems to like? That remains to be seen but, after The Force Awakens there’s a lot more reason to be optimistic about these movies, and Ford’s work within them, than ever before. My social media feeds filled up with Old Indiana Jones jokes yesterday, some of them quite funny. (Some of my favorite came from Alabama-based humorist Jason Sims, who offered titles like Indiana Jones & the Obituary Page Full of Friends, Indiana Jones & Why Don’t You Ever Call Your Old Dad?)

But, if it’s smart, the fifth Indiana Jones movie will follow the example of The Force Awakens and embrace its star’s advancing years. Ford will be 75 when the film starts shooting and 77 when it sees release. He seems to be in exceptional health but even if on-set accidents and plane crashes don’t do him in, time eventually will, and the flip side to our joy at seeing Ford slip into these characters again is the knowledge that it could be the last time he’s able to. It’s bittersweet, but there’s much to be said for bittersweetness — and for actors who’ve learned to draw it out and make us feel it. And if this is a farewell tour, who’s to say it won’t be one of those seemingly endless farewell tours where those involved can never quite seem to find a way to take their final bows? If Ford continues to be as good as in The Force Awakens, here’s hoping it lasts forever.