Music is always there when we need it, and 2020 felt that in sky-written magnitude.

In a year when concerts and festivals were canceled, album releases delayed, and much of the music industry felt on more financially shaky ground than ever, the music remained. Some turned to past favorites as a balm during these times, but largely it was the artists and industry figures that pivoted or adapted that provided warm comfort to the people that needed it.

It could have meant staying up until midnight on a Taylor Swift release night (which, somehow, happened TWICE this year) just to react in real-time with friends and strangers you couldn’t see in public. It could have been dancing in your own apartment to Dua Lipa’s Future Nostalgia or blasting Lil Uzi Vert’s long-delayed Eternal Atake, proving that event albums still felt like events in different circumstances. And it could have meant logging into unique streaming events, ranging from a new Travis Scott Fortnite concert, a Post Malone Nirvana covers set, or repurposed past footage from festivals big (Coachella, Rolling Loud) and small (Iceland Airwaves, Pickathon).

Resilience is impactful, and it can be contagious. And seeing artists like Megan Thee Stallion, Fiona Apple, and Phoebe Bridgers all thrive in their own release moments is nothing short of inspirational. Even during the summer, when thousands took to the streets in one of the biggest moments of protest in decades, musicians joined in both physical protest (Ariana Grande, Kehlani) and musical (Leon Bridges, Denzel Curry). Music was there when we needed it most in 2020, and bonds that form between artist and fan will be all the stronger because of it. – Philip Cosores, Music Editor

Disco Returned To Help Us Dance Through 2020 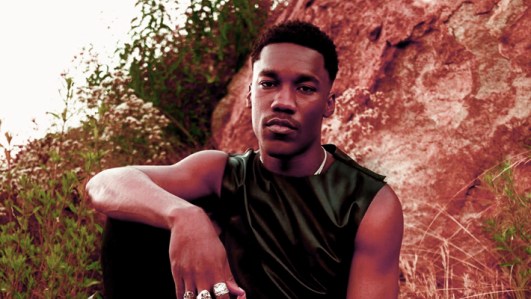 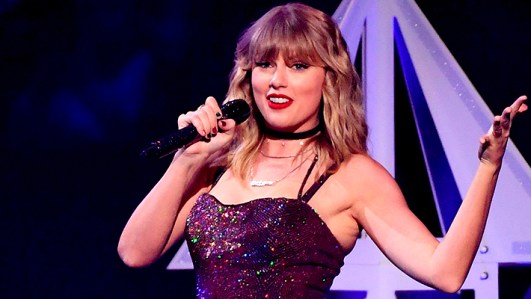 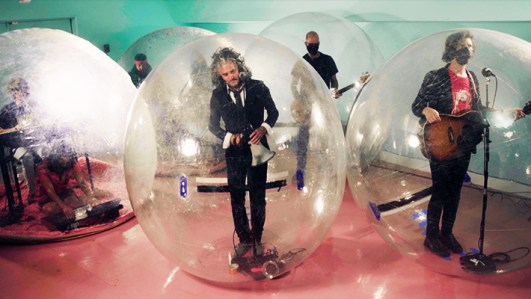 A Bubble All His Own: The Flaming Lips’ Wayne Coyne On 2020 At Home In Oklahoma City
Grayson Haver Currin

There’s a strong argument to be made that we never needed entertainment more than we did in 2020.

Confined largely to our homes for months at a time while a deadly pandemic raged across the world, we collectively streamed millions of hours of TV shows and movies, helping us escape to other worlds and in the process temporarily forget about the things that drove our anxiety levels through the roof and kept us awake at night.

Needless to say, it was an extremely weird year for movies and television. Movie theaters have been pretty much closed since March, which often made seeing new movies a struggle. A bunch of blockbusters have been bumped to next year. A fair amount of the most exciting Oscar contenders for this year are not available to the vast majority of viewers yet. Similarly, plenty of TV shows we were looking forward to this year had productions interrupted and delayed significantly. We were deprived of many good things.

But all in all, it was still a great year for entertainment. The TV world gave us new gems like Ted Lasso and Lovecraft Country and How to With John Wilson, while established shows like Better Call Saul and What We Do in the Shadows somehow got even better. And the movie world gave us gems like Palm Springs, Nomadland, and The King of Staten Island. These are movies and shows that will probably always be special for us, for they helped us all endure one of the most difficult years any of us has ever faced. And for that, we are deeply thankful and appreciative. – Brett Michael Dykes, Editor in Chief

How Women Directors Made An Impact In 2020

The 2020 Movie Moments That Brought Us Joy 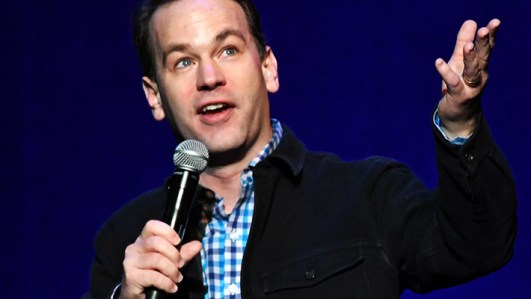 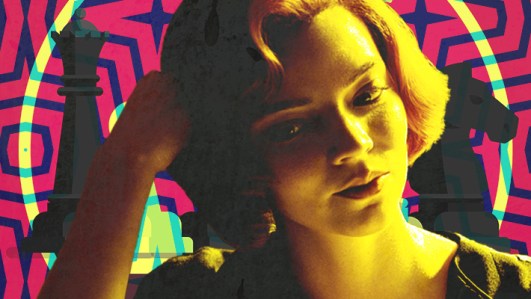 What Really Made ‘The Queen’s Gambit’ This Year’s Most Popular Period Drama?
Jessica Toomer 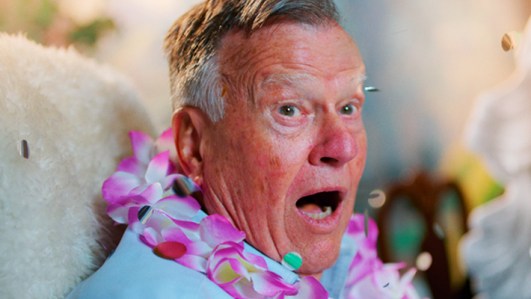 As hard as it is, we don’t want to let the pain, frustration, and chaos of 2020 define the year. Ignoring any sense of silver lining is an easy path to despair.

As our Culture team highlighted throughout 2020, there were some bright spots — from the wave of Indigenous representation in mainstream media to the support for Black businesses to the youth-driven protest movement to the new era of at-home bartending, cooking, and gardening. And while this year will surely be remembered as a difficult one, it was these flashes of hope that buoyed us and the simple pleasures — like Zoom happy hours or bragging about our sourdough starter — that made our collective season of discontent a little more liveable.

The pieces shared below highlight some of the better aspects of the year that was. Not to minimize the tremendous difficulties 2020 posed, but to testify to lessons we learned. All in the hope that we can step into 2021 stronger, wiser, more resilient, and — most importantly — clear-eyed and cognizant about our connections to one another. – Steve Bramucci, Life and Culture Editor

Local Chefs Who Served Their Communities In 2020

These Black-Owned Businesses Stood Strong In 2020

Indigenous Representation Broke Into The Mainstream In 2020 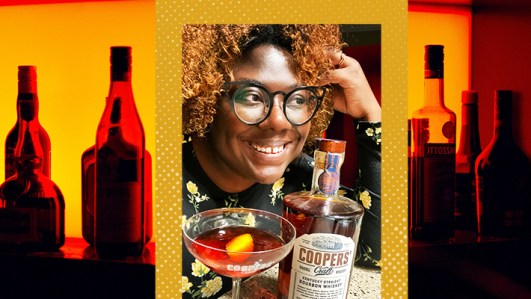 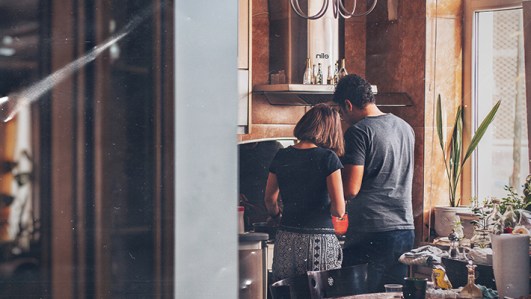 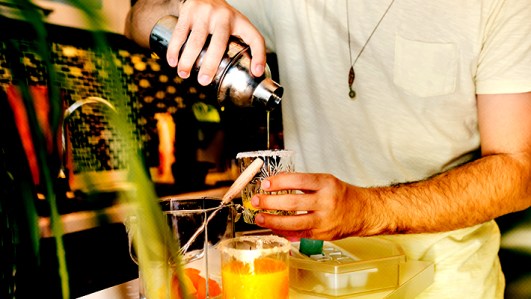 This year forced everyone — athletes included — to reevaluate their relationship to sports and gaming.

After that first canceled NBA game (which feels like a fever dream now) through the cancellation of March Madness to a Masters in November, sports not only persevered but proved adaptable as unprecedented times led to long-term learnings.

2020 saw a fundamental shift in how sports are covered, how we conduct interviews, how athletes can get their messages out, how athletes spend their free time (hello, WarZone!), and how sports can be packaged and played, with or without fans in attendance.

None of that is going away, and will only leave leagues with a stronger foundation and a bigger appetite for innovation long after vaccines are available to those in the general population. We’ll remember the Lakers hoisting a trophy in the bubble, NASCAR drivers racing in their living rooms, NWSL players kneeling in solidarity, bad betting beats on marble racing, and empty stadiums.

We’ll remember sports’ ability to connect even in the darkest of times, and its usefulness as a mirror to the rest of society through which we ascribe meaning even when our heroes are struggling to grapple with how to best understand a situation just as we all are. And we’ll keep listening to these athletes while minimizing those who tell them to stick to sports. – Martin Rickman, Dime/Sports and Gaming Editor

‘Among Us’ Connected To Our Love Of True-Crime 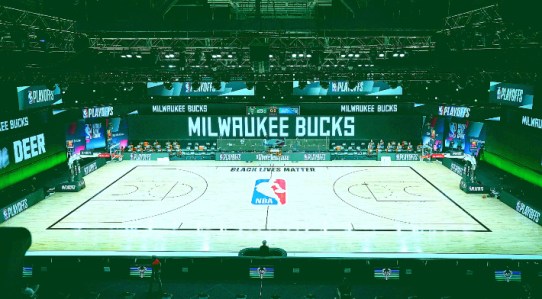 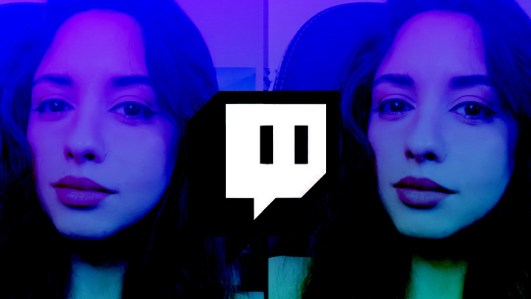 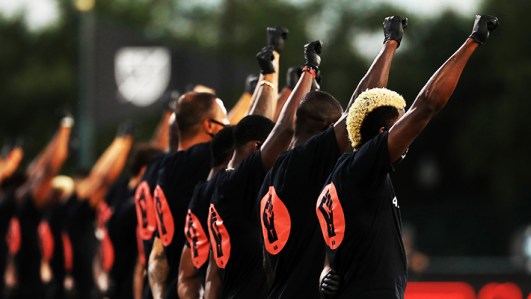