Last weekend, Koby Soto’s boyfriend broke up with him over the phone.

If that wasn’t bad enough, he went to check his Fitbit later in the day and found that the app had recorded his changes in heart rate from the point of being dumped right up until crying on a friend’s shoulder about it.

“I wasn’t doing anything, I didn’t go to the gym, I didn’t expect the Fitbit to even track me,” he told BuzzFeed News. “It was just on me.”

The 28-year-old Tel Aviv University law student has had a Fitbit Charge HR for about five months now. He usually only checks the gadget after a workout, but on the day he was dumped, his resting heart rate went from 72 beats per minute to 88 and then kept rocketing up: 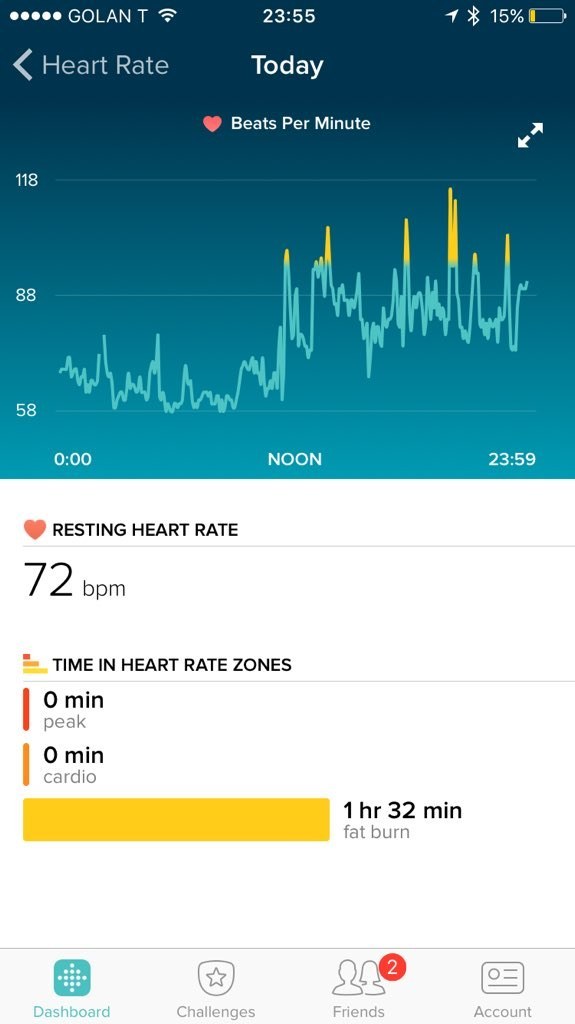 “I feel like it’s nice to have a log of your confirmation of what you felt. You can tell people you have heartbreak and you feel bad,” Soto said. “People become less cynical once you show them the numbers or once you show the data or graphs. Everyone understands heartbreak, right? Everyone’s felt it. When you have this, it’s interesting — you have something to show.”

It’s incredible that this registered as an hour-and-a-half of enough of an elevated heart rate to shoot past what you’d achieve normally with cardio. Ninety minutes of “fat burn” time definitely justifies eating a pint of rocky road when you’re heartsick.

So not only can Fitbit track your steps, tell you if you’ve developed rhabdo, and pause Netflix for you when you fall asleep, but it’s also gonna keep track of your unsuccessful relationships… with charts and graphs. Ouch.