A ‘Back To The Future’ Reboot Would Be Awful, So Let’s Never Make One 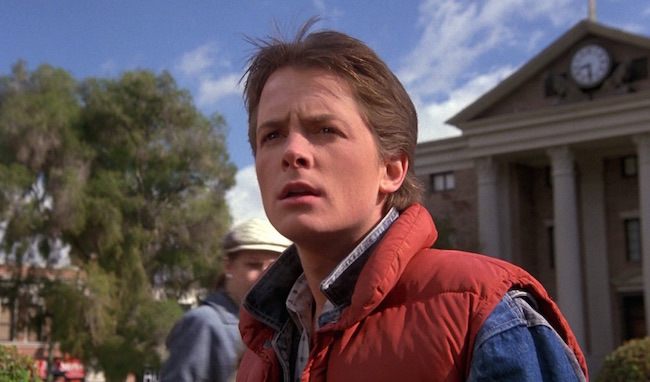 In a recent interview with the Telegraph, Robert Zemeckis revealed that Back to the Future is off-limits for any more sequels or any kind of reboot for as long as he and co-creator Bob Gale are still alive. This is good news. For the life of me, I don’t understand the thought process of rebooting movies that are already considered great. Sequels, sure: The impulse to make more money makes sense, but most of the the true, non-superhero reboots over the last few years — Total Recall, Robocop, Jack Ryan — have not fared well. (An exception is Planet of the Apes, but that series needed two attempts at a reboot before it worked.)

(As an aside, if something must be rebooted, it seems like the Paul Feig approach with Ghostbusters — making it so different, it’s basically just the premise and that’s it — is a good way to, hopefully, do it successfully. Or, to do what CBS did with its new Limitless series: Take a bad movie with a great premise and make it better.)

Regardless, I started thinking about what an actual Back to the Future reboot would look like, and the more I think about it, the more I hope that our government does everything in its power to keep Zemeckis and Gale alive for as long as possible. I would consider voting for a presidential candidate who ran on the “Zemeckis and Gale to Live Forever” platform.

First, and probably most obvious, Michael J. Fox is Marty McFly. I’m currently reading We Don’t Need Roads: The Making of the Back to the Future Trilogy by Caseen Gaines, and the section that details Eric Stoltz’s casting as Marty (and his eventual dismissal a month into shooting) is pretty fascinating stuff. It’s pretty evident that Stoltz was completely wrong for Marty (Stoltz is a method actor and made people call him “Marty” on set), but digging deeper, there’s probably no one who could pull off Marty like Fox did. It’s just the perfect actor in the perfect role.

But let’s get past that. What if, somehow, a suitable protagonist could be found? If we look at the same template from the original movie, this new Marty would leave 2015 and hang out with his father back in 1985. I find this both interesting and also the making of a very bad movie.

In 1985, the year 1955 seemed like another world. My father would talk about the things he liked growing up (he was 10 years old in 1955), and it had nothing in common with the things that I liked when I was 10 years old (which was in 1985). My dad liked slingshots and BB guns. I liked Star Wars and Transformers.

Let’s picture Marty trying to escape whatever 2015 terrorist group would happen to be chasing him by traveling back 30 years. Let’s then imagine Marty’s first interaction with George McFly from 1985:

“I like Star Wars, Transformers, Indiana Jones, U2 and video games.”

“Me, too. Well, I’m still mad at U2 for giving me a free album. Oh, do you like Marvel superheroes?”

Or how about when Marty meets 1985 Doc (played by Michael Fassbender) for the first time:

“I don’t know who that is. What about before that?”

“I guess that makes sense.”

Or let’s redo the scene in which Marty tries to order a Pepsi 30 years ago:

“I thought you said it was free? Just give me the tab.”

“Why did you give me another soda?”

(Okay, it’s possible that this scene might still work. I digress.)

Just the fact that Back to the Future is still so popular in 2015 is proof why a reboot would be awful. No movie from 1955 was this culturally popular in 1985. (Heralded and loved, sure; but this much a part of current culture? No.) The point is, 1985 isn’t that different from 2015 – at least compared to the difference between 1955 and 1985. We like pretty much the same things. (And is 2045 that special? Before 2000, every year with a “2” at the beginning sounded like “the future.” Now that we have lived in the 21st century for some time, I’m not sure there’s anything that awe-inspiring about someone’s depiction of 2045. We already live in the future.)