Muhammad Ali Has Passed Away At The Age of 74 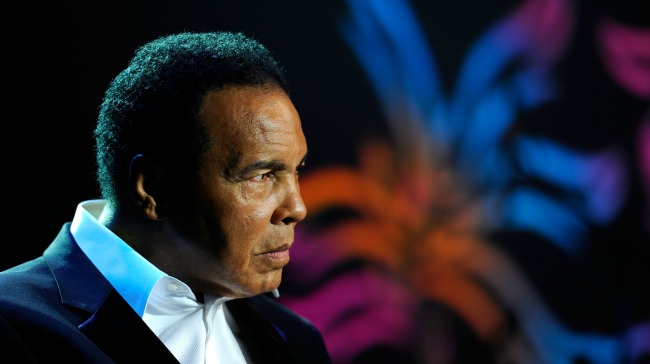 Legendary boxer and social activist Muhammad Ali has reportedly passed away at the age of 74, according to NBC News. Ali was hospitalized on Thursday with what was being reported as a “respiratory issue.” Although Ali’s spokesperson initially said a brief hospital stay was expected, things apparently took a turn for the worse on Friday.

Ali is generally considered to be one of, if not the greatest heavyweight boxer of all time and is one of the most influential athletes of the last century. Ali won 56 of his 61 professional fights, including 37 wins by knockout. He also won the WBA heavyweight championship on three occasions and was involved in some of the most legendary fights of all time, including his three classic bouts with Joe Frazier and his “Rumble in the Jungle” against George Foreman.

Beyond the ring, Ali was well known for his political activism. Ali famously refused to be drafted because of his Islamic faith and his disagreement with America’s involvement in the Vietnam War. Ali was convicted on draft evasion charges, which cost him nearly four years between fights while he was in his prime, but his conviction was eventually overturned by the United States Supreme Court in 1971.

Ali was also a philanthropist throughout his life, and he was presented with the Presidential Medal of Freedom by President George W. Bush in 2005. Ali was diagnosed with Parkinson’s disease in 1984, and helped raise funds for the Muhammad Ali Parkinson’s Center in Phoenix as well as being involved in Make-A-Wish and the Special Olympics in his later life.

Ali is survived by his wife Yolanda, and his nine children.