According To Mark Cuban, Dirk Nowitzki Can Do Whatever He Wants, Including Coach The Mavs 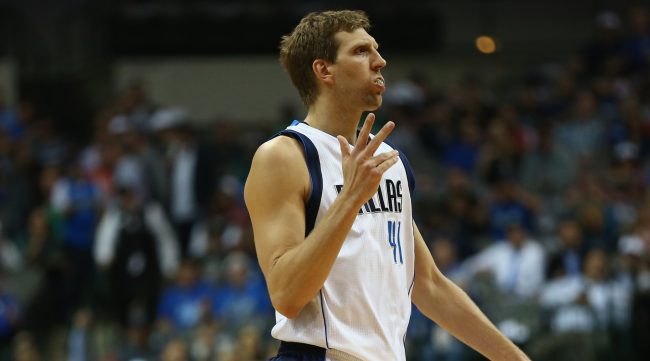 Dirk Nowitzki is the icon of the Dallas Mavericks franchise. He’s had a great career, picking up an MVP award and winning a title for the Mavs, and he’s done it without ever leaving the team. He’s been a Maverick his entire career, but that career is winding down, and it seems unlikely he’ll win another title if he stays in Dallas. The question then becomes whether this is the time for Dirk to move elsewhere to chase one more ring.

One person who won’t stand in Dirk’s way if he wants to leave is Mark Cuban. As far as Cuban is concerned, Nowitzki can do whatever he wants.

Cuban loves Dirk, and that leaves Dirk essentially carte blanche to do as he pleases. He can make personnel decisions, and every move has to be approved by him. He apparently names his price from a contract perspective. Cuban made it clear just how much Nowitzki gets to have a say in his future:

Basically, if Nowitzki wants to leave Dallas to try and win another title, he can. Dirk does whatever he wants. If he wants to be a Mav for life, he will.