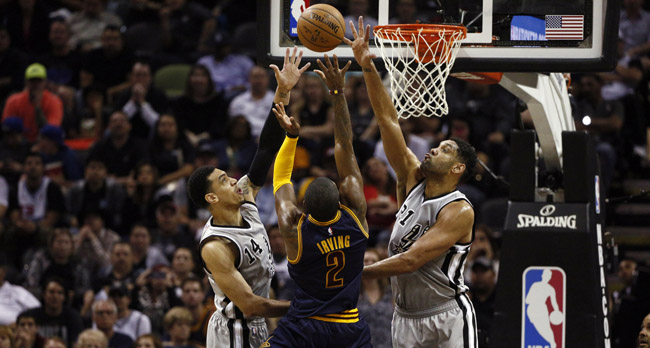 The rest of the NBA — if they weren’t playing — sat glued to the TV watching Kyrie Irving’s shooting performance last night. It wasn’t just current players, either. Anytime someone starts to morph into video game territory, people tune in, and Kyrie’s 57-point overtime performance on TNT certainly qualifies.

Here are some of our favorite reactions on Twitter:

I see uncle drew is in SA tonight.. Sheesh

Kyrie… What a shoot

Wow! That was impressive what Kyrie just did#hoophead

Best game, or best performance, or both?

That's was one of the best games I've ever seen, the show that @KyrieIrving and @KingJames put on Wow!!!!!!! How bout those CAVS !!!!

@KyrieIrving one of the best performances I have ever seen!!