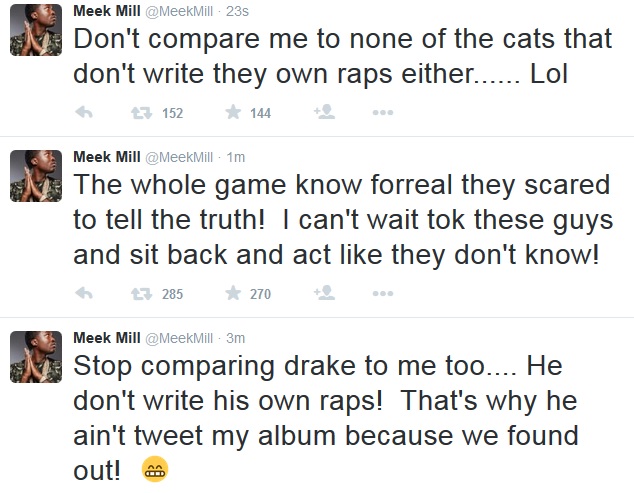 Meek Mill decided to vent on Twitter tonight. He took a shot at Nicki Minaj’s ex, talked about his album sales and then took aim at Drake. He mentioned Drake didn’t tweet his album and doesn’t write his rhymes. Check more tweets below. 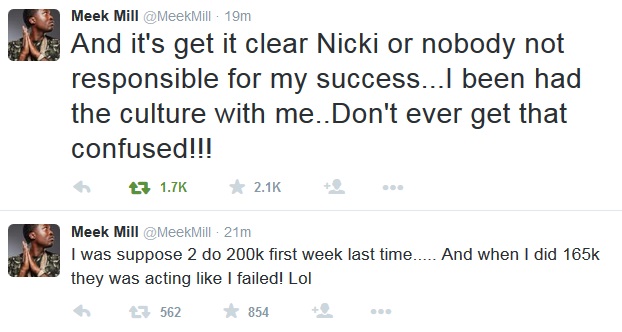 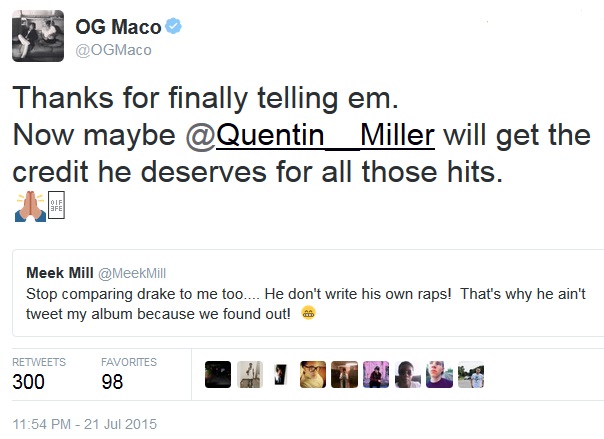 I'm not hacked either….. I don't change me mind! 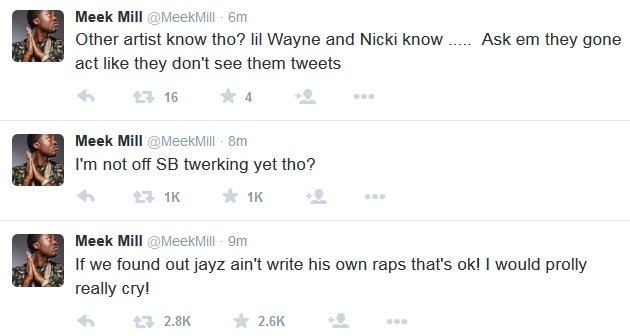 All this shit fake as fuck! Meek hating or these credits clearly say Quentin__Miller I'm sick of you fuck ass clowns pic.twitter.com/8e2y7khOAP 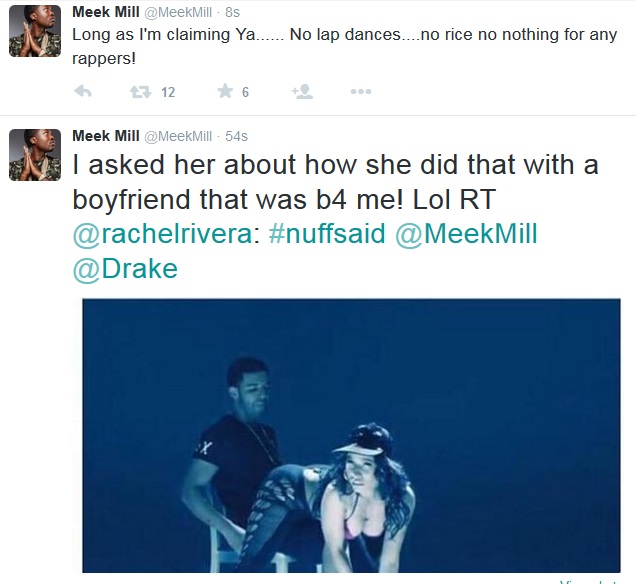