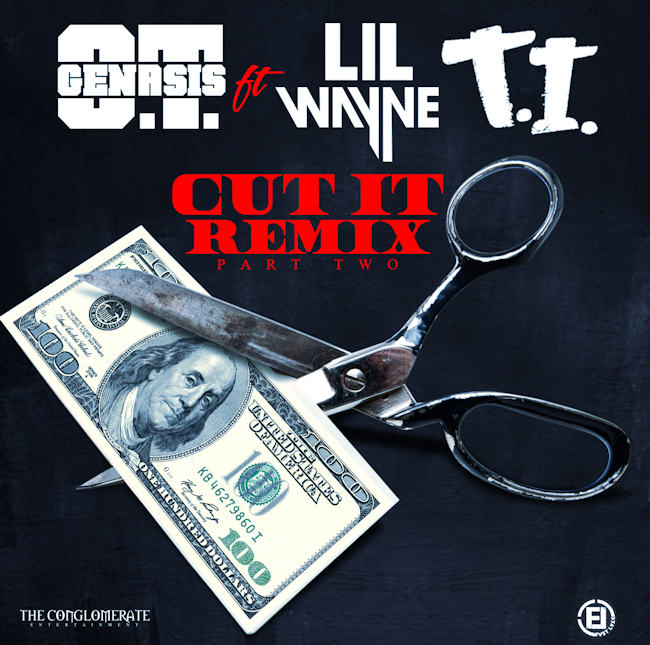 O.T. Genasis is really aiming for the south’s stamp of approval with his series of “Cut It” remixes. The original featured Young Dolph, the first remix had Young Thug and Kevin Gates, and now this second one has Lil Wayne and T.I. Once again, a verse from O.T. is missing from the fold.

Lil Wayne drops another solid verse and gets back on his powder white raps. He also has yet another message for Birdman: “That cash money check is way behind, they need to cut it.” T.I. comes after that and does his best job to not get overshadowed by Weezy.

Is this the end of the “Cut It” remixes or will O.T. take the song to other regions? YG and Schoolboy Q on a west coast version? French Montana and, I dunno, Fabolous for the east coast?