‘Chappie’ Looks Great, But Casting Die Antwoord As Leads Was A Mistake 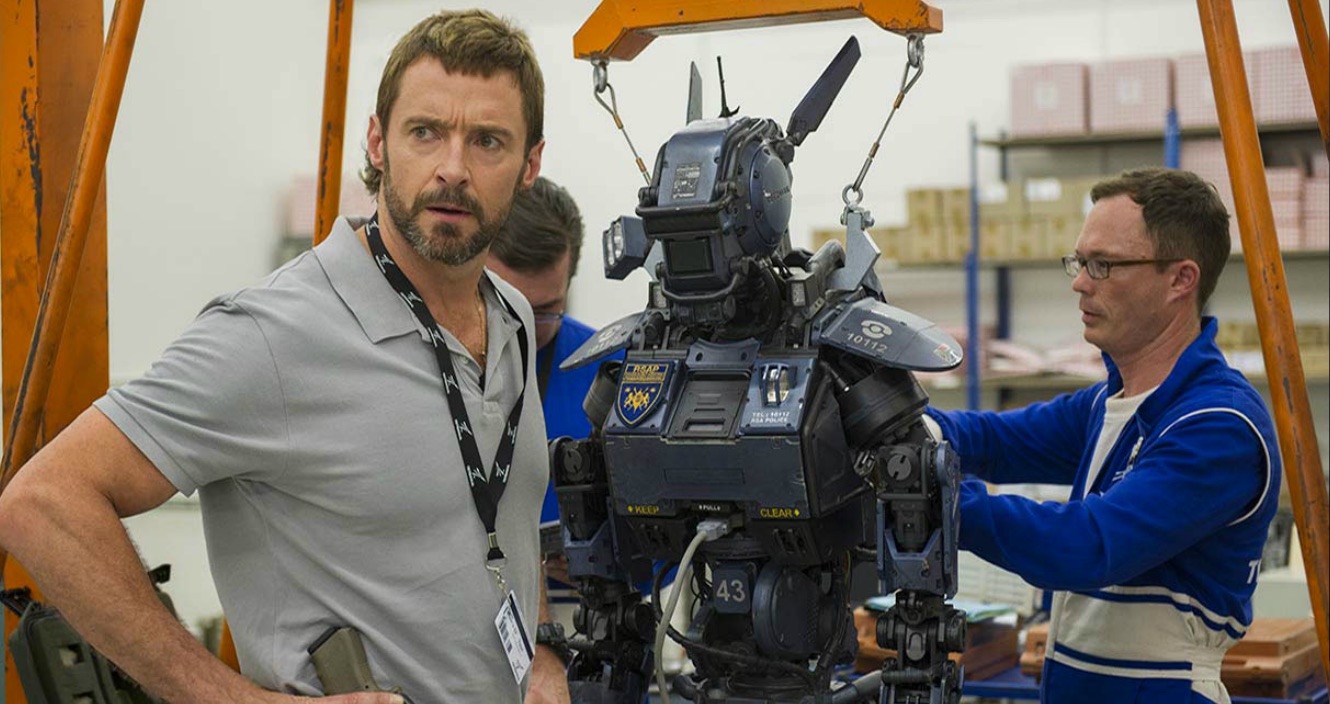 Chappie is one of those kinds of movies that just looks so fantastic and has such an interesting concept, that it would take an almost overwhelming force to ruin its initial goodwill. Which, unfortunately, is exactly the case with Chappie to the point that I felt awfully close to being the victim of some sort of bait and switch. The stars of Chappie were not at all who I thought they would be. (We’ll get to that.)

In the world of Chappie, Johannesburg is now policed by an army of humanoid-like robots, to the chagrin of Vincent Moore (Hugh Jackman, who is obviously relishing the opportunity to play a villain), a designer who has his own ED-209-looking machine called The Moose that he wishes were utilized by local law enforcement. The big difference being that The Moose is still controlled entirely by humans, as opposed to the somewhat self-thinking robots already in use.

Standing in Moore’s way is Deon Wilson (Dev Patel), who helped design the robots in use and now wants to take it a step further: by making a robot that is completely sentient. His boss, Michelle Bradley (Sigourney Weaver), thinks this is a bad idea and basically tells Deon to go back to his desk — which he does — then he sulks.

Now, you might think you see where this is going. And you’d be right in wishing it had gone the way you thought it was going. It was all set up! It was right there! But, no, it doesn’t go that way at all.

If you’re not familiar with Die Antwoord, they are a rap group from South Africa — consisting of Watkin Tudor Jones and Yolandi Visser — and Neill Blomkamp counts himself as a fan. So much, in fact, that he didn’t just cast them in Chappie, he made them the stars of Chappie. Blomkamp says that he had to fight to get them in this movie and, yes, now I know why.

First of all, they are not particularly good actors. Second, and most importantly, they are not sympathetic. I was actively waiting for their characters to die. Please do not hold your breath waiting for that to happen because you will pass out from the lack of oxygen. Then you’ll start breathing again, wake up, then try again. You will repeat this process quite a few times, so I’d recommend that you just not hold your breath and just accept that Die Antwoord are the main characters of Chappie. (Though, if you go to the photo gallery on Chappie‘s official website, there are no pictures of Watkin Tudor Jones or Yolandi Visser).

Watkin Tudor Jones and Yolandi Visser play Ninja and Yolandi, which are names they both go by in real life. On the very day Dev Patel’s Deon decides to steal a damaged police robot so that he can upload and test his new “make it human” program, Ninja and Yolandi carjack Deon and his vehicle, then later demand that Deon give them a working robot so that their gang can wreck havoc across the city. Deon activates the robot, who is then named Chappie (Sharlto Copley voices Chappie and stood in for him during filming.), and then Ninja and Yolandi turn Chappie into an asshole.

You see, Chappie is basically an infant and he learns from who he’s around, and he spends all of his time with Die Antwoord. Deon stops in from time to time to either to check in on Chappie or to rescue Chappie, but for most of the movie, we just watch Chappie committing crimes. On more than one occasion, Chappie carjacks people at gunpoint. There is really no one likeable in this movie. Dev Patel comes the closest. When Sharlto Copley is playing one of the more nuanced characters in your movie, you have a problem. And the thing is, I’m not even saying Die Antwoord couldn’t have played some sort of role, but the lead role?

The good news: Chappie looks excellent. There are times that you believe there is an actual, practical robot running down the street. And there are some real, honest-to-goodness, interesting ideas at play here – at least until it all devolves into a long robot-on-robot battle royale.

Neill Blomkamp is a director who wears his heart on his sleeve, and with Chappie, his heart is in the right place, but his casting decision failed him. Die Antwoord’s presence is an overwhelming force, but, in this case, that force just acts as a huge distraction to the point that, if these two charterers were played by actors with the ability to be sympathetic, Blomkamp could have actually pulled this story off, but instead, it’s just disappointing.