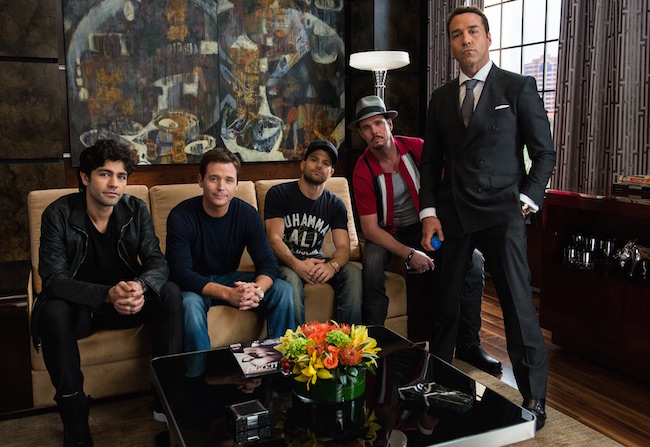 In 2004, The Killers released Hot Fuss, a still pretty good album that is one of those cultural signifiers that doesn’t feel like it happened 11 years ago. Yet, at the time it was released, George W. Bush was still in his first term… so, yeah, that was a long time ago. (Though, “Mr. Brightside” still seems to get a lot of radio airplay and is still on a lot of playlists at New York City bars.) To put this in perspective, we are just as far away from the release of Hot Fuss as Hot Fuss was away from Nirvana’s In Utero. (This also means, right now, we are just as far away from In Utero as it was from Led Zeppelin IV… I’m going to stop now because this game is depressing and pointless.)

In the opening credits of the entire eight-season run of Entourage, there’s a billboard promoting the release of Hot Fuss, “coming June 15th.” By the time Entourage finished its run in 2011, I always wondered why they left that Hot Fuss billboard so prominently noticeable. It really drove home that this was a show that already felt like it was from another time. In the Entourage movie, the opening credits still exist – and are still presented to the sounds of Jane’s Addiction’s “Superhero” – only they’ve been updated for the film, using a host of new and different Los Angeles cultural landmarks to serve as a placeholder for the names in the cast. The sign for Hot Fuss is gone. There’s no longer a physical reminder that this is a show from a long time ago. The problem is, Entourage is such a product of a bygone era, it should have just kept the sign. Its entire soundtrack should have only been songs off of Hot Fuss. 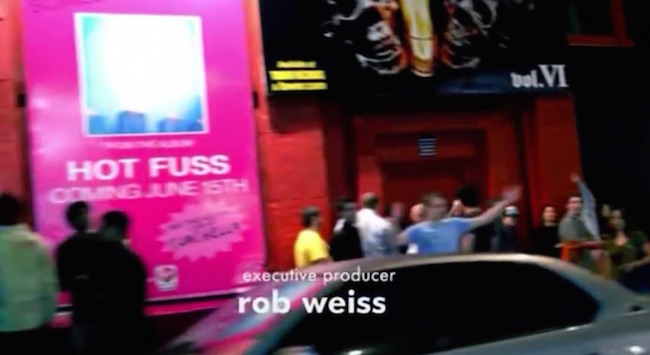 Your level of excitement or enjoyment toward the possibility of watching the Entourage movie is inherently linked to that of your enjoyment of the television series. There are no surprises here. This is not The Monkees making Head. You will not come out of the Entourage movie and think to yourself, Wow, they really changed things up. I wasn’t expecting that and I will now think of these people in a completely different way. This is basically just a longer episode of the television series. (Though, I now like the idea of Kevin Connolly, Adrian Grenier, Kevin Dillon, and Jerry Ferrara starring in a Head remake as their Entourage characters. If this ever happened, I would be the first person to buy a ticket and I would hope it won at least one Oscar.)

I know a lot of people who are genuinely excited to see Entourage, but every one of them for ironic reasons. They are actively looking forward to making fun of Entourage. This is a series that was nominated for 26 Emmy Awards. It was nominated for an Outstanding Comedy Series Emmy three times (each time losing to 30 Rock), yet now it’s looked at as absurd.

If Entourage were on today, there would be numerous weekly think pieces about the show’s misogyny. Yet, during its original run, it somehow got a relative pass. In 2015, we live in a much different world and, for the life of me, I don’t understand why Doug Ellin and Mark Wahlberg wanted to bring Entourage back instead of just high-fiving and feeling lucky that they ended it when they did. For the most part, people understand that society changes and it’s hard to fault older properties for not being up to date. But if that property is brought back with its same faults, all bets are off. People are treating the Entourage movie – a brand new movie released in 2015 — as a relic.

(I’m honestly curious how Entourage will fare against Internet outrage. Sure, it’s deserved, but yelling at Entourage for being misogynistic is on par with writing a piece called, “Rush Limbaugh seems like a bad guy.” I mean, what’s the point? Everyone knows this already.)

“I think I’m going to have to jack it before we get there,” is the first line of dialogue spoken in the movie and it means exactly what you think it means. Yes, Entourage is back.

In the Entourage movie, Vincent Chase (Grenier) directs and stars in a big budget updated version of Jekyll and Hyde (now just called Hyde) that, in the few clips we see, looks awful, but we are told it’s a masterpiece. Fair enough! The problem is, Vinny Chase doesn’t have the money to finish the film and new studio head, Ari Gold (Jeremy Piven), has to go to his financier – a Texas tycoon of some sort named Larsen McCredle, played by Billy Bob Thornton, forever with a “what have I gotten myself into?” look on his face – to ask for more money. Well, McCredle doesn’t know anything about these fancy Hollywood types, so he sends his son, Travis (Haley Joel Osment, who sports a not-great Texas accent), back to L.A. to see an early cut of the movie and relay back to his father if it’s worth investing more money.

The conflict in the film, which should be no surprise to anyone who has ever seen an episode of Entourage, comes when Vince becomes attracted to supermodel Emily Ratajkowski. As it turns out, Travis McCredle is also attracted to Emily Ratajkowski. This puts the production of Hyde in danger. Oh, heavens, will it ever get made? Again, if you’ve ever seen an episode of Entourage, you know the answer to this already.

It’s like the movie goes out of the way for there to be no repercussions. The most baffling scene involves Eric Murphy (Connolly) sleeping with two women on the same day, while also trying to win back Sloan (Emmanuelle Chriqui), the mother of his soon-to-be-born child. The first woman Eric slept with tells him she is pregnant. The second woman tells him she has a sexually transmitted disease. But it’s okay, because it turns out these two women are roommates and lied to Eric in an effort to teach him a lesson. Like any normal person, Eric’s relief overshadows any lesson he was supposed to learn. And just like that, life moves on for Eric. By the end of the film, life is, as always, pretty good for the fellas. It will always be 2004; they will always be listening to that continuous loop of Hot Fuss.

Luckily for us, after the Entourage movie is over, life actually does move on.