Is ‘The Longest Ride’ Secretly A WWII Period Piece About An Impotent Man? (And 24 Other Urgent Questions) 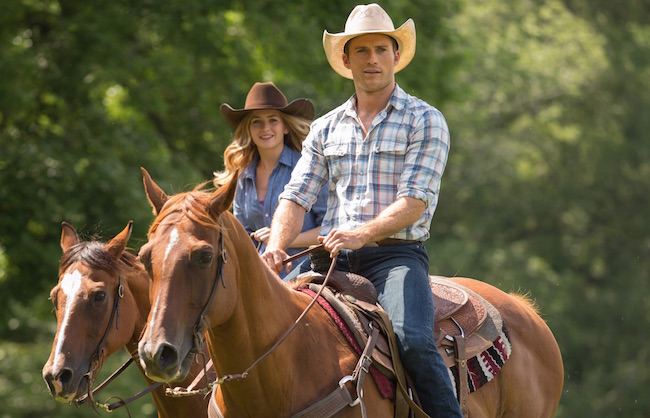 This weekend, the adaptation of Nicholas Sparks’ Longest Ride will be in a theater that’s probably at least within driving distance of where you live. From the commercials, you probably think The Longest Ride is about some mixture of young love and bull riding. If you think that, you are about half right. As a service to you, we answer every question that you could possibly have about The Longest Ride.

Q: Wait, The Longest Ride isn’t about a bull rider?

A: The Longest Ride does feature a successful bull rider named Luke Collins (Scott Eastwood) who has just returned to the sport after recovering from a serious injury.

Q: Does Luke fall in love?

A: In North Carolina, after Luke’s first bull-riding event back, he meets a college student named Sophia (Britt Robertson), and the two fall in love.

Q: What does she use as her search term?

A: “Luke Collins Bull Wreck,” as any sane person would use.

Q: Well, this does sounds like a love story about a bull rider?

A: Not so fast. After Luke and Sophia’s first date, they come across the scene of a one-car accident. Inside the car is a man named Ira (Alan Alda), who Luke saves right before the car dramatically explodes.

Q: At the hospital, does Sophia tell Luke, “You saved that man’s life?”

Q: Does Luke humbly answer something like, “Oh, it was nothing,” or, “I’m sure someone else would have seen him?”

A: No, Luke dramatically answers, “We both saved his life!” in a strangely gleeful way.

Q: So how does Alan Alda change the course of this story?

A: Luke finds out that Sophia is moving from North Carolina to New York City in six weeks, so even though he has strong feelings for her, he basically dumps her.

Q: Could The Longest Ride be titled, “You Know, On Second Thought, Let’s Just Say Nothing”?

Q: So wait, how does Alan Alda factor into this?

A: Sophia saved a bunch of letters from the car that Ira had written to his wife from the war. She delivers them to him in the hospital and winds up spending an inordinate amount of time with Ira.

Q: Was Ira in the Vietnam War?

A: Well, because Alan Alda would have been about 27 when the United States involvement in Vietnam started, this isn’t the worst guess. But, no.

A: Alda is not playing Hawkeye Pierce in The Longest Ride, so no. Plus, Alda was only 14 when The Korean War started. But, at least that’s plausible.

Q: Wait, are you sure it’s World War II?

A: The film flashes back to 1940 (with Ira now played by Jack Huston), when Ira and his future wife, Ruth (Oona Chaplin), first meet. And she let’s us know right away that she wants a BIG family.

Q: Wait, how old is Alan Alda supposed to be in this movie?!?!

A: It’s about half the movie.

A: Ira and Ruth fall in love. Ira gets sent to World War II, gets shot near the penis, now he can’t have kids.

Q: There’s no way they are going to advertise that half of The Longest Ride is a period piece about a man who was shot in the penis and can’t have kids, is there?

A: To be fair, Ira wasn’t shot in the penis, just kind of near it, and it got infected, and a bad fever was involved. Anyway…

Q: Is The Longest Ride as ridiculous as it sounds?

Q: Will I cry during The Longest Ride?

A: Maybe a little. But keep in mind that The Longest Ride wants you to cry really bad. This is why it exists. So that it kind of, sort of achieves its goal isn’t really saying much.

Q: Why did Alan Alda agree to be in this movie?

A: For a good portion of the movie, Alda looks like he’s trying to figure out where the golden hammock will be installed in the new “The Longest Ride Wing” of his estate.

Q: Are there any ghosts in The Longest Ride?

A: Thankfully, there are no ghosts in The Longest Ride. But, there is almost just as bizarre of an ending waiting for those who make it through all 128 minutes of this movie.