Warner Bros. Says A New Installment Of ‘The Fugitive’ Is Currently In Development 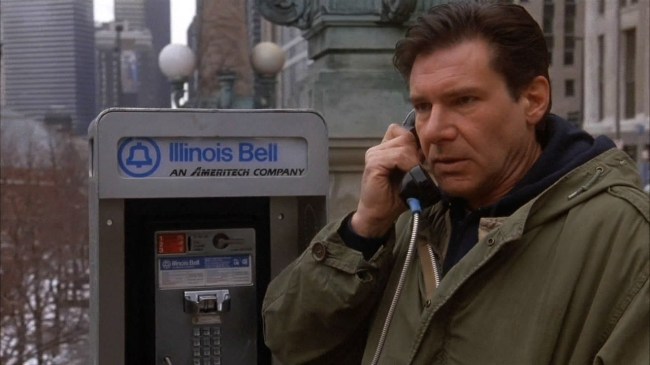 [spins giant reboot/reunion/sequel wheel of movies from the 1990s]

[waits for wheel to begin slowing down]

Yup, according to a report from Deadline, The Fugitive is the latest movie to get resurrected and repackaged for modern audiences, as Warner Bros. Studios revealed that a new installment of the 1993 film is currently in development. There’s no word yet if Ford (who has been on a real role-reprising run lately between Indiana Jones, Star Wars, and Blade Runner) or Tommy Lee Jones (who starred in the Ford-less Fugitive sequel, U.S. Marshals) will be back as Kimble and Gerard, but please God let them be back as Kimble and Gerard. I’ve been thinking about this for 15 minutes and I can’t think of anything funnier than a 68-year-old Tommy Lee Jones hunting a 72-year-old Harrison Ford all over Illinois.

Or better yet: Kimble hunting Gerard this time.

Or better yet: Kimble hunting Gerald throughout Europe.

Coming soon to a theater near you, The Fugitive: Tables Turned: Monte Carlo Manhunt.