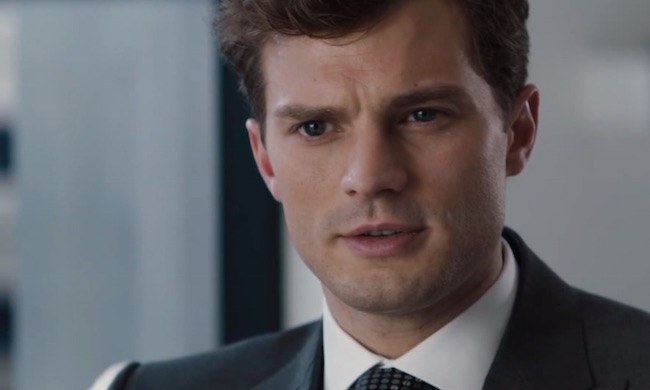 Fifty Shades of Grey took in a massive amount of money this past weekend, but the film itself didn’t really hit with critics. Dakota Johnson was praised for her performance as Anastasia Steele, but Jamie Dornan’s performance as Christian Grey has been criticized for being overly bland and stiff.

What you see below is how most of this experiment went, with me being, understandably, ignored. 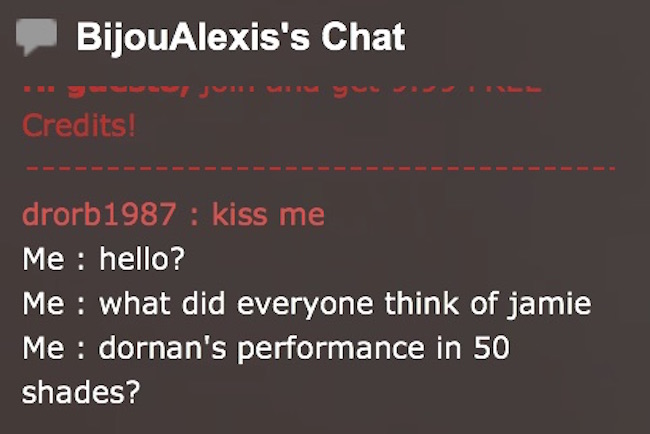 Here, I got “Jordanye” to respond to me, but she hadn’t seen the movie.

Again, being understandably ignored by the host and other people in the chat room who were more interested in “feet” than the intricacies of Jamie Dornan’s acting ability.

This person gave me the stink eye as I asked in vain. Again, a very understandable stink eye.

I asked a man named “nicefoxy” about his thoughts, but he hadn’t seen the movie either. (I will give each and every one of these people credit for not forming an opinion before seeing the movie. I’ve seen paid critics ignore this pretty simple rule.) 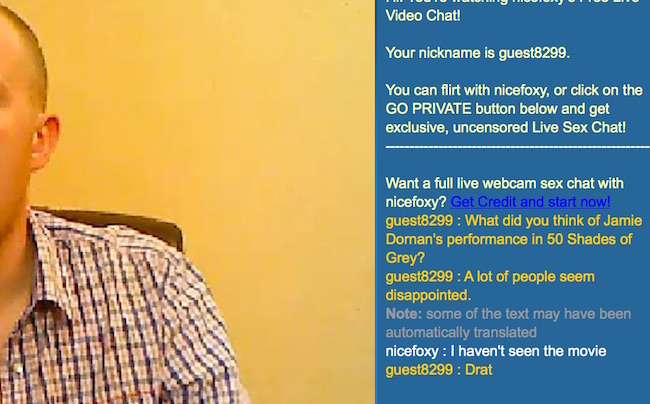 Chanttall was nice enough to ask me to clarify my question, but then asked me to change the subject. 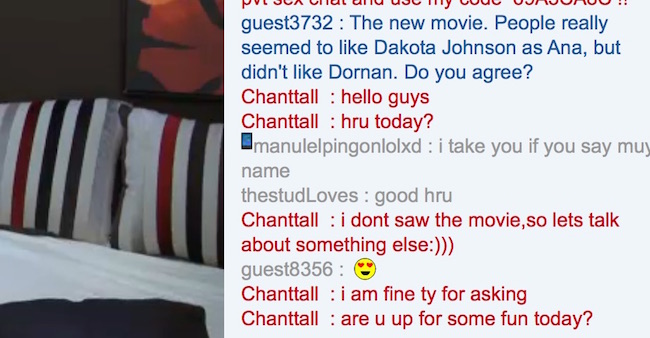 ErikaFoxX didn’t know who Jamie Dornan is. I suspect she’s not alone. Anyway, she stopped responding to me. 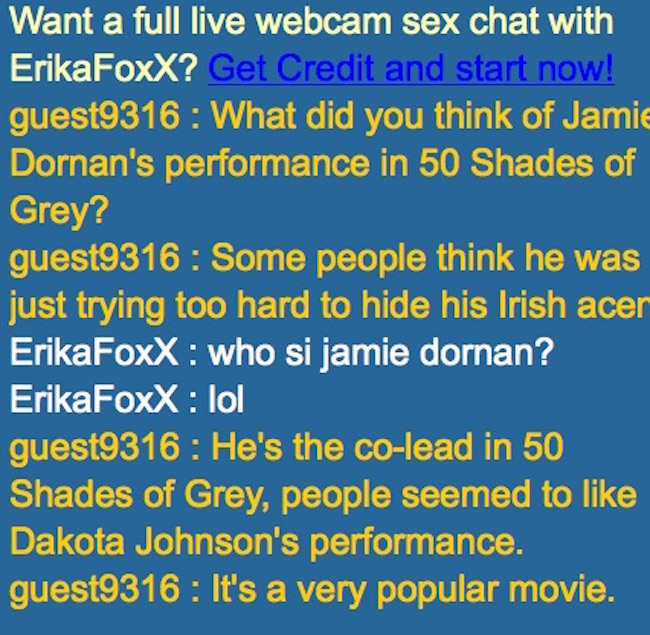 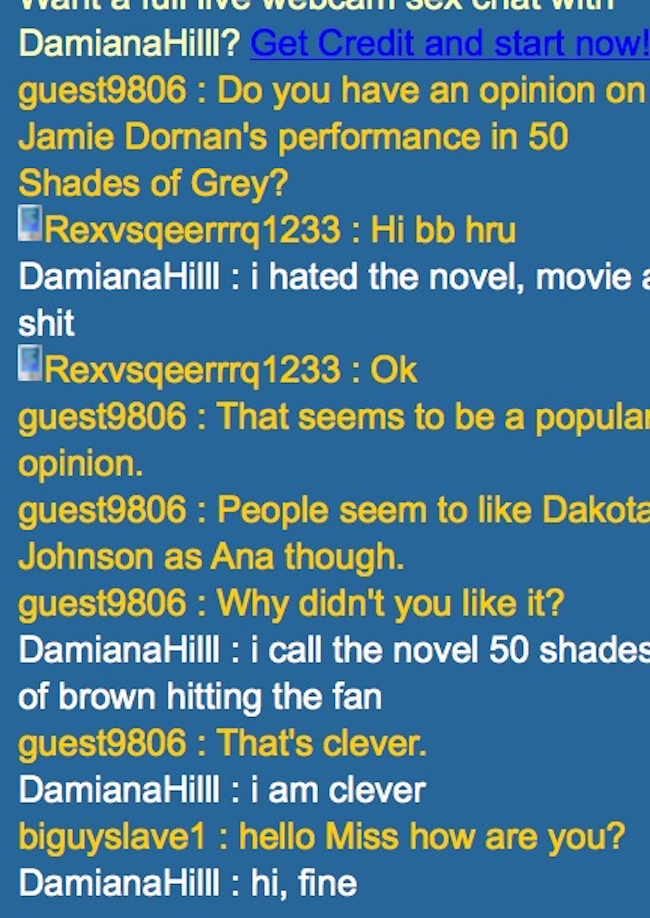