Stop What You’re Doing! Foo Fighters Have A Countdown Clock On Their Website! 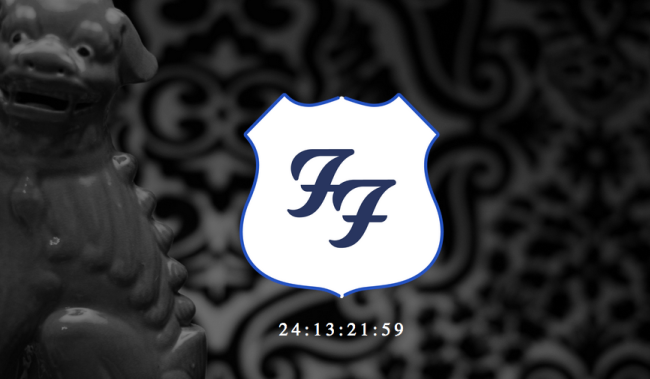 Brace yourselves, a countdown clock has suddenly appeared on the Foo Fighters’ website. It showed up this morning and based on numerous calculations covering a bevy of chalk boards, all that would make Will Hunting jealous, the countdown is set to end on Nov. 20.

But what is going to happen? What is this counting down towards? The new Hunger Games’ movie? Seems unlikely.

Of course the initial thought is that it will be some sort of announcement regarding a new album. Dave Grohl has said that the band recently did some recording while in Austin, with Ben Kweller joining them on some tracks. So announcing and/or straight-up dropping a new album on Nov. 20 is definitely on the table.

Or, it could have something to do with a second season of Grohl’s excellent HBO mini-series Sonic Highways. This is something also rooted in statements previously made by Grohl, in which he said that he’s been talking about a second season and that the wonderful thing about the project is that it could take place anywhere in the world (maybe Budapest, which oddly enough, on Nov. 20, 1873, was formed when the cities of Buda and Pest were united, forming the capital of Hungary). And if we really want to dig deeper here, the band logo that appears directly above the countdown does look like a highway sign. So you know, maybe?

A countdown would be a pretty crappy way to announce the band is taking a break, so I’m crossing that off. Dave Grohl is a wonderful dude, known in some circles as “the nicest guy in rock.” There’s no way he’d do that to us.

So what the heck Foo Fighters? What are you guys up to? No offense, but if the countdown ends with you telling us what your Thanksgiving plans are, I’ll be a little disappointed.