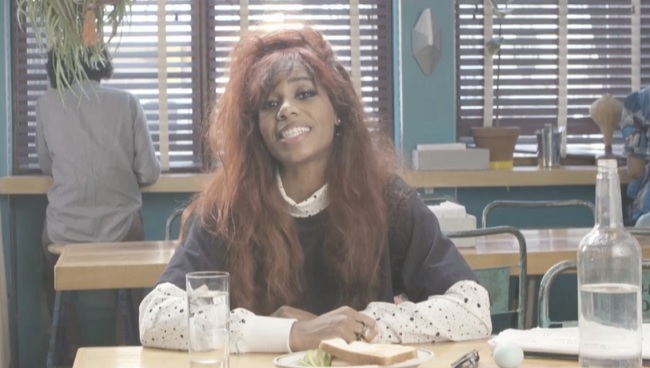 This is the exact opposite of that award Time gave you in 2006. Santigold’s new music video takes on an epidemic of vanity, blaming it solely on you.

The interactive music video for “Can’t Get Enough of Myself” off of her new album 99¢, which is dropping Friday, makes use of your webcam to insert your beautiful face in various points throughout the clip. As Santigold wanders through New York, she sees your face on posters, digital billboards, dollar bills and other areas — frequently emblazoned with slogans like “Look At Me” and “Vainglory.”

The digital insertion reaches unsettling levels as Santigold starts to see you in her coffee, on her toast and in her rearview mirror. While it might feel like the singer is on the attack, she ends the song by proving that she’s no better than her vain fans. Santi closes out the song in a diner surrounded by multiples of herself who are all singing “I’m my biggest fan and I can’t get enough.”

If you want to experience it for yourself, make sure you have Google Chrome installed and head over here. 99¢ drops on February 26, but fans who want to hear more Santigold with decidedly less of themselves can check out her track with iLoveMakonnen, “Who Be Lovin’ Me.”