Lana Del Rey officially released her seventh album, Chemtrails Over The Country, last week. It’s an effort that her supporters spent months waiting for, but the singer wasted no time giving them another project to look forward to. On Saturday, Lana announced her eighth album, entitled Rock Candy Sweet, and revealed that it would arrive on June 1. I

n addition to the album news, the singer also shared that her goal for the album is to push back against a narrative that’s been placed on her, one that’s largely because of her own doing.

On her Instagram Story, Lana reposted a Harper’s Bazaar article titled, “Lana Del Rey Can’t Qualify Her Way Out Of Being Held Accountable,” and said, “Just want to say thank you again for the kind articles like this one and for reminding me that my career was built on cultural appropriation and glamorizing domestic abuse.” She added, “I will continue to challenge those thoughts on my next record June 1 titled Rock Candy Sweet.” 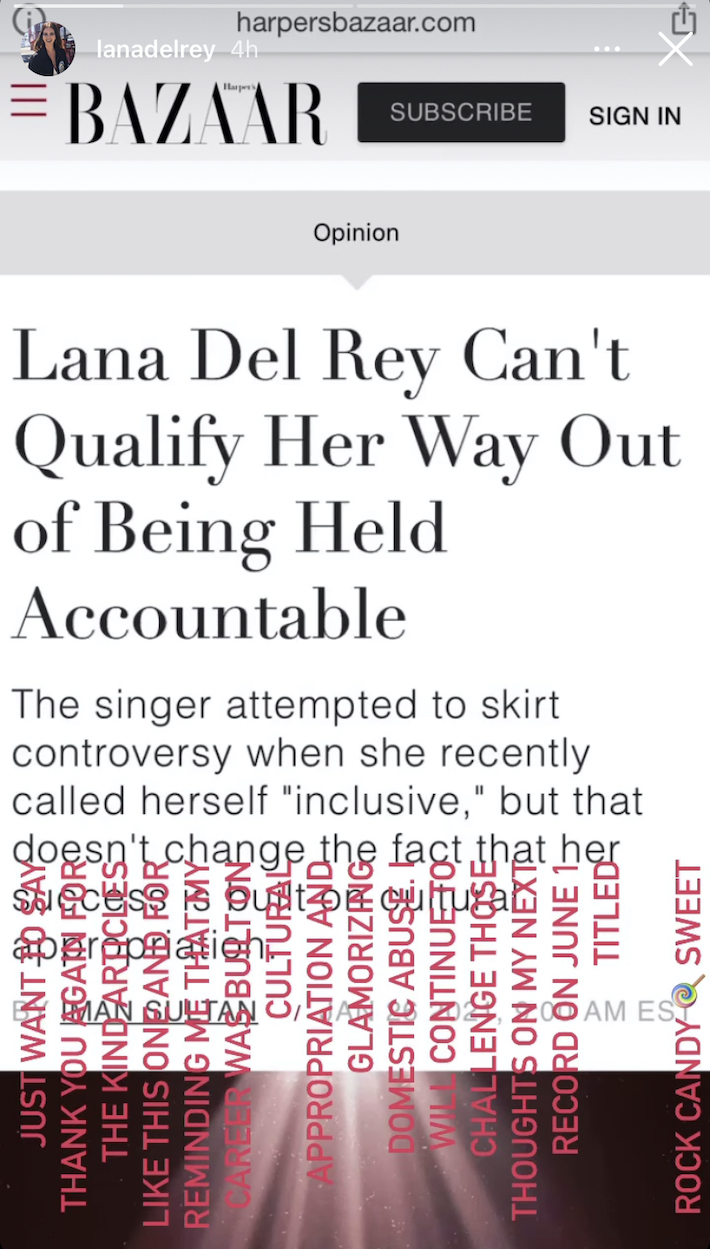 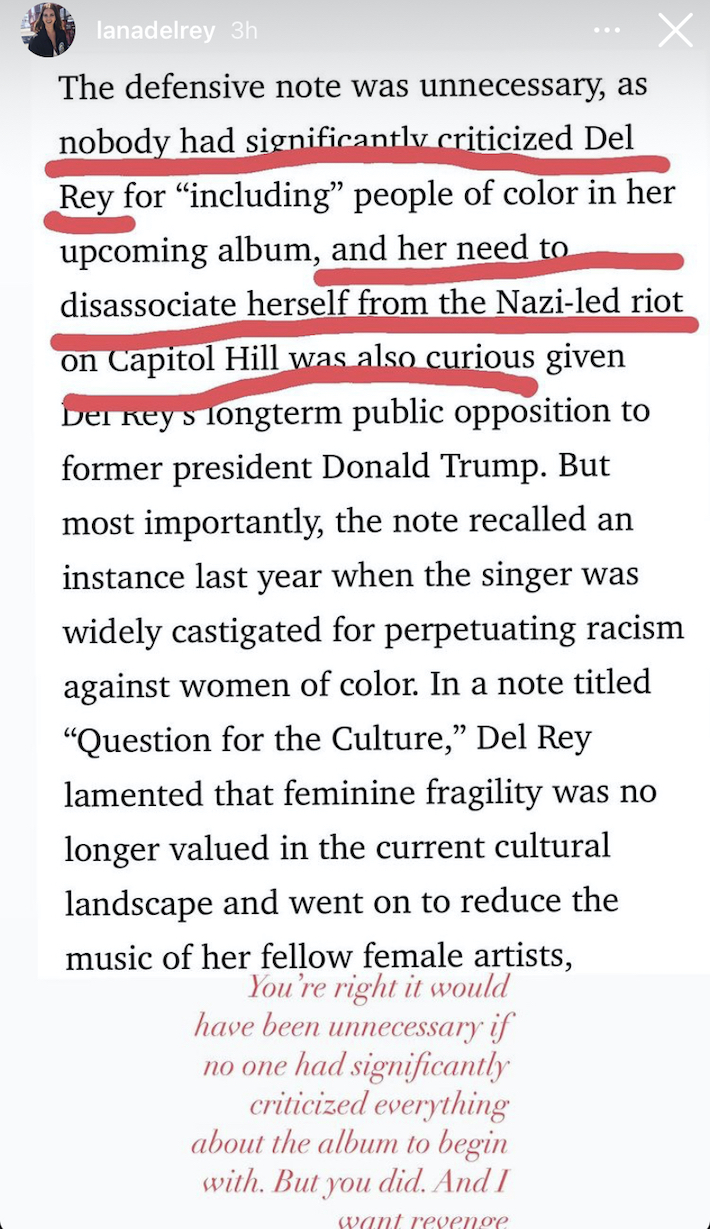 In a second post, she responded to a specific paragraph from the article that criticized her defense of the Chemtrails Over The Country artwork in which she said “I have Black friends,” as well as her comments on the January 6th insurrection. “You’re right it would have been unnecessary if no one had significantly criticized everything about the album to begin with,” she said. “But you did. And I want revenge.”

You can check out the announcement and Instagram Story posts above.

Chemtrails Over The Country is out now via Interscope. Get it here.