One thing Asian baseball leagues certainly do better than baseball here in the States is the use of the bat flip after a player hits a home run. Sure, every once in a while we’ll get a good MLB bat flip, but it usually is followed by a big discussion of “unwritten rules” and “sportsmanship and  “throwing at peoples’ heads.” It’s just a big mess.

Over in Korea though, bat flips are pretty routine, but they seem to be getting even more and more dramatic in recent months.

Doosan Bears player Min Byung-heon wanted to add his name to the list of epic bat flippers after he hit what he believed was sure was a surefire home run in a recent game against the SK Wyverns.

Unfortunately for Byung-heon, he ended up getting egg on his face, as his home run was robbed at the fence by SK Wyverns outfielder Lee Myung-gi. 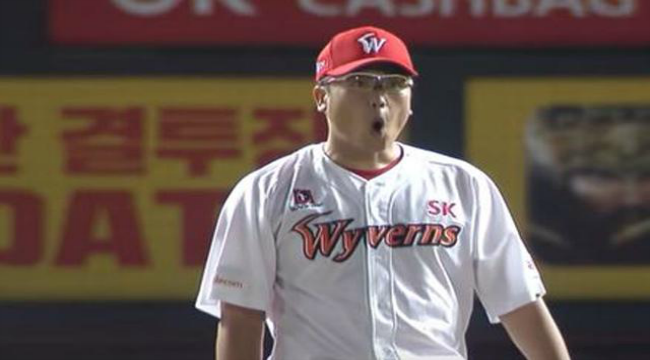 Note to all of the kids out there, only flip your bat if you’re sure you hit it out of the park, also, if you don’t mind getting plunked in your next at-bat.