We have a lot of questions following one of the most devastating episodes in six seasons of The Walking Dead. Last night’s episode, “Thank You,” picked back up with Rick trying to lead the zombie horde away from Alexandria.

Let’s jump straight to the most important question of the night:

Well, that’s the question, isn’t it? Despite the obituary, and in spite of what they clearly wanted us to think, is it possible that Glenn didn’t die? Here, I’m conflicted: I don’t want Glenn to be dead because he’s one of the best characters on the show. On the other hand, if he’s somehow not dead, it’s a cheap, manipulative trick, and those shenanigans are going to piss off a lot of people.

Another theory is that Nicholas was hallucinating that entire scene. That would be super lame.

“In some way, we will see Glenn, some version of Glenn, or parts of Glenn again, in a flashback or in a current story, in order to complete the story.”

Dead or not dead, it’s definitely not the last we’ve seen of Glenn.

If Glenn somehow survives, the one way that The Walking Dead could make us forget about the shenanigans with Glenn is to actually follow through and kill Rick. That would satiate our bloodlust, but it would also mean the end of the line for the series’ nominal lead.

Is it going to happen? No. Not a chance in hell. The engine on that RV is going to turn over, and Rick is going to escape. Period. 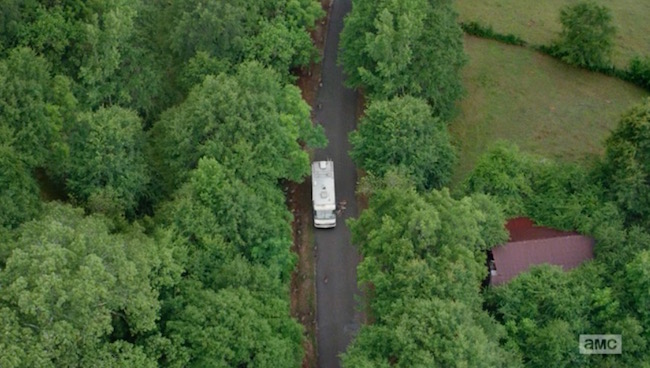 Some have wondered on social media if Rick was bitten, based on his bloody hand and the fact that he kept grabbing at it throughout the rest of the episode. It might have been that he cut himself with a knife while killing a zombie, or he could’ve been bitten by a walker.

If that’s the case, some Instagram photos that Norman Reedus posted prior to the season might be instructive.

Is that Rick’s hand? Rick lost his hand in the comics in a much earlier storyline — is this how he loses it on the television show?

4. Somebody has to die, though, right?

Again, in the off chance that Glenn survives, and Rick lives, The Walking Dead has to kill off someone, and it has to be someone big. We will take nothing less than Abraham or Sasha, although the only true even trade is Maggie. It would suck, but if Glenn survives, Maggie has to die to even the score, otherwise The Walking Dead will erase some of that “anyone can die” fear that permeates the series. 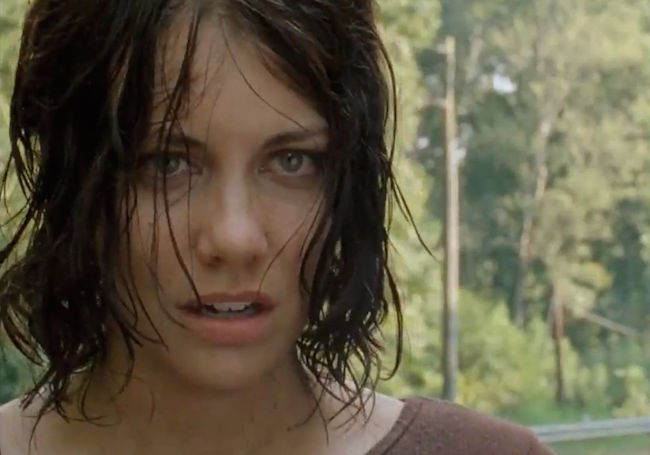 5. Where does Heath come in?

Heath appears to be rising the ranks to become a major character. He’s seen with so much blood on him that he couldn’t tell if it was walker blood or the blood of his friends. He’s officially a “survivor,” as defined by Michonne. Does that make him the next Glenn? (Like Glenn, he is a supply runner.) A Maggie? An Abraham? Or is he the next Eugene? That’s where my money is at: The Walking Dead eventually trades one great hair game for another.

6. What was the deal with the pocket watch?

Before Glenn radio’d Rick on the walkie-talkie, he pulled out his pocket watch. Was that a sentimental reminder, ahead of his death, of Hershel giving him his blessing to marry his daughter? Or will that watch somehow come into play? I honestly don’t know how the watch protects Glenn from a zombie horde, but there’s got to be a reason for Glenn to pull out Chekhov’s watch, right?

7. What about Abraham, Sasha, and Daryl?

Those three aren’t out of the woods yet. Sasha and Abraham intimated that they needed Daryl in order to survive, so there’s still some danger, and nothing ever goes as planned on The Walking Dead. Once they lure those zombies 20 miles away, how do they turn around without having to go back through the horde?

8. What will the fall-out be for Rick?

Look: The plan to lure the zombies away from Alexandria was a huge failure. Was it Rick’s fault? No, not really. Will he get the blame? Probably. This is Alexandria we’re talking about, after all. Rather than say that Rick — presumably — saves most of Alexandria from being overrun by walkers, they’re more likely to say, “We lost a lot of people. Rick was in charge, ergo, Rick is to blame.” If Glenn is dead, Maggie is probably going to blame Rick for that, too.

Add that to the fact that Rick killed Carter (albeit, after he was bitten); Rick nearly let walkers kill several people while building the diverting wall (before Morgan saved them); and the fact that Rick waved a gun around at everyone in Alexandria and raved, and what you’ve got here is a possible vote of no-confidence.

9. Are we done with the Wolves?

Yes, I think so. Those that weren’t killed by Carol inside Alexandria were killed by Rick at the RV. Chekhov’s gun has gone off. The two men who Morgan met last season are dead. The threat from the Wolves is over.

10. Will we find out the answers to any of these questions next week?

Possibly not. Rumor is, next week’s 90-minute episode is a flashback episode, detailing Morgan’s backstory from the time Rick saw him in season three and the time he came upon Daryl and Aaron. Presumably, we will meet the cheesemaker who taught Morgan how to fight.

The sneak peek of next week’s episode seems to indicate as much.

Now Watch: Who Are The Wolves?