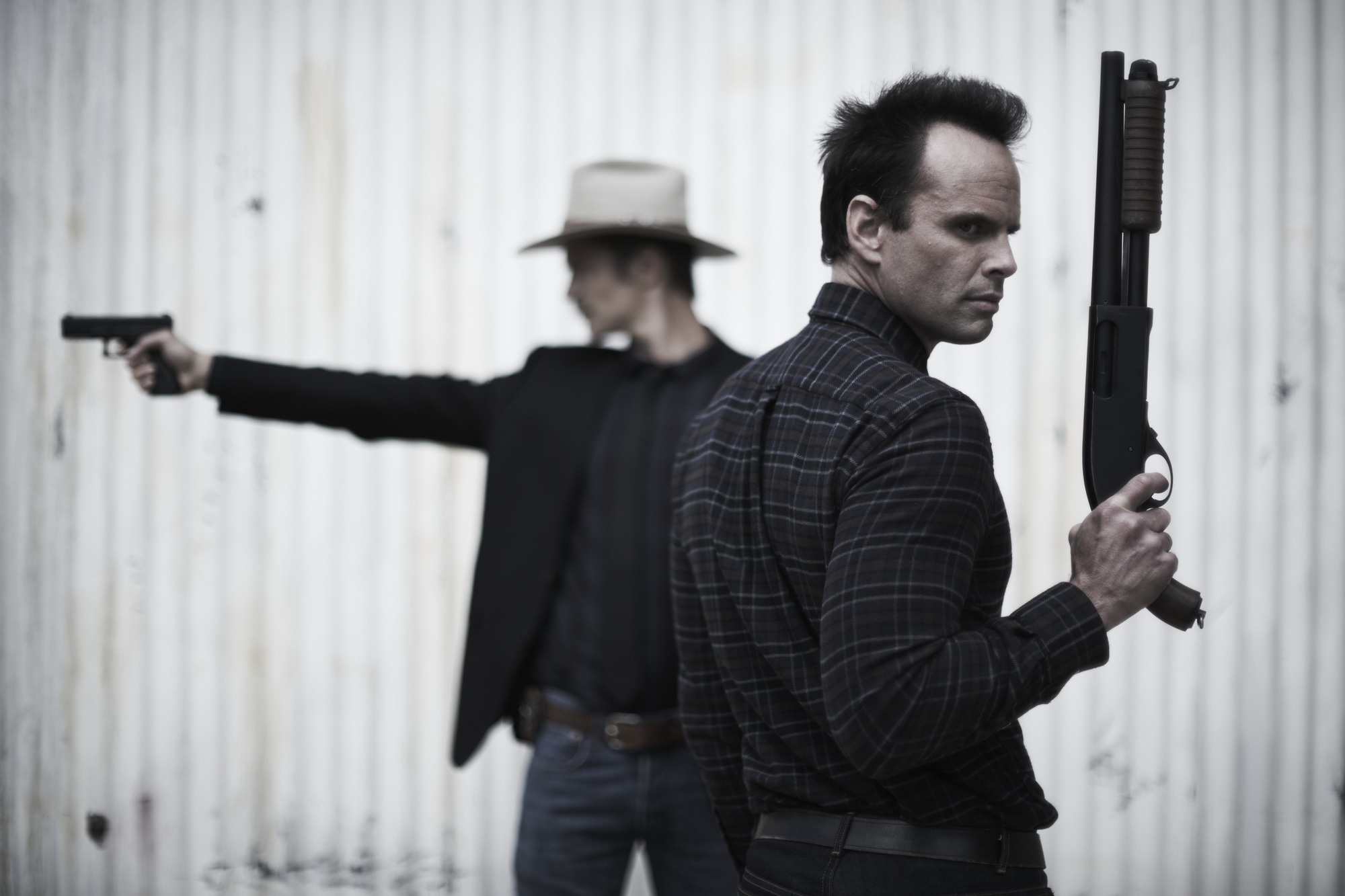 With the series finale of Graham Yost’s Justified just five days away, we must prepare ourselves for losses. There will be casualties. Who and how many remains uncertain, but given how much each character in the series means to us, any death will feel at least a little heartbreaking because they’re all such well-drawn people that we love in our own ways. Even the villains. Sometimes, especially the villains.

Here’s a ranking, from least heartbreaking to the most, of the potential devastation we might feel should we lose any of the following characters.

11. Avery Markham — No offense to Sam Elliott, who has been delightfully charming and menacing this season, but the reason why I won’t be that heartbroken to see Markham die is not because the character hasn’t been great. It’s because, in my estimation, if Avery Markham dies, it will be at the hands of Loretta McCready, and that will be incredibly satisfying. 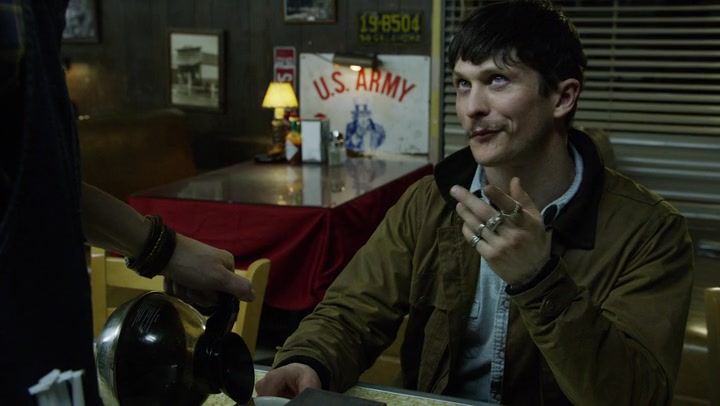 10. Boon — Anyone who knows Jonathan Tucker from his work as Bob Little in Parenthood has to be even more blown away by his transformative performance in the back half of Justified‘s final season. He’s not quite as next level as Choo Choo, but as henchman go, he’s been one of the most wily and clever in a series mostly full of right-hand men who are dangerous but dumb. I’d like to see Loretta get the best of Boon, too, but given his gunslinging skills, I think Raylan gets the honors. 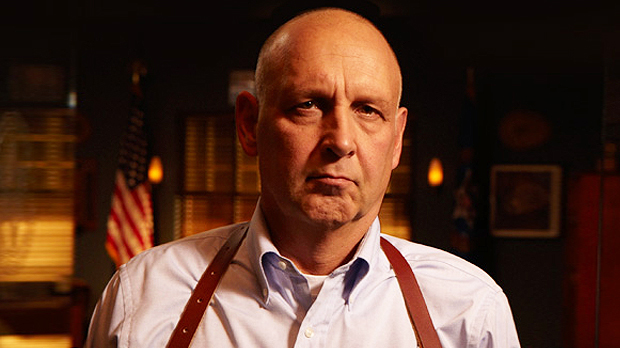 9. Art Mullen — I’ll be honest, ever since Nick Searcy had a nasty Twitter meltdown a while back, I’ve lost my taste for Art Mullen. In fact, I had kind of hoped he wouldn’t survive the shooting last season because I prefer Rachel as the chief, anyway. That said, if Loretta doesn’t get Avery Markham, I’d like to see Art take him down simply because you like to see contemporaries go after each other.

8. Boyd Crowder — Graham Yost said that in the last episode, Boyd putting a bullet in Hagan’s head (Shea Whigham) was designed to help us come to terms with the fact that Boyd is a bad guy. He’s an outlaw. It was kind of a character assassination, but the fact that Boyd probably wouldn’t hesitate at this point to kill Ava makes his potential death less devastating and more justifiable. If there were another season, I would overturn a table if Boyd were killed. But this is the end. It feels right. I’ll be sad to see him go, but given where his character is at this point in the show, his death is necessary. He was supposed to die after the first season. Everything else has been gravy.

7. Raylan Givens — How sad would I be if Raylan was killed? Very, but when I really thought about it, there are six character deaths that would make me even sadder. Truthfully, if Raylan dies, he brought it on himself. He’s not really going after Boyd to protect anyone anymore. He’s going after him out of revenge. I hope he gets him, but if Raylan dies in the process, that would probably be fitting, too. It makes cosmic sense that neither Raylan nor Boyd would leave Harlan alive.

6. Tim Gutterson — What? No. Why would Tim have to die? That’s just absurd. And wrong. If Tim dies, I won’t be heartbroken. I’ll be angry. THERE WILL BE RIOTS IN HARLAN.

5. Rachel Brooks — I feel the same about Rachel dying. There’s just no point to it, and it doesn’t serve the narrative to do so. It’d be a waste. Plus, if Rachel and Tim die, then how will we get our Rachel and Tim spin-off? And don’t tell me it’s a prequel. (Note to FX: Make a Tim and Rachel spin-off happen.) Besides, in his postmortem, Graham Yost said that we wouldn’t be seeing that much of Tim and Rachel in the finale, and what we do see of them will be “in a different context.” As long as that “different context” is not the morgue, then I’m okay with it.

4. Wynn Duffy — I know he’s a weasel. I know he’s supposed to be a villain. But I cannot think of a more just way for this series to end than with Boyd, Raylan, Art, Avery, and Boon dead, and Wynn strolling out of town in a mobile dog grooming van with a bag full of money. The man has survived everything else; there’s no reason he shouldn’t survive this, too.

3. Ava Crowder — Sometimes, I think that Ava deserves to die right along with Boyd. But whenever I think about how I’d feel if Ava were dead, I feel real pangs of sadness. Ava never had a chance. She spent her life doing what other men — Beau Crowder, Boyd Crowder, Raylan — have asked of her. I’d like to see Ava survive, just so she can find out what life as a woman free of other men’s ambitions would feel like. I don’t think she should end up with the money or anything, but if she got to continue on as a hairdresser and live out the rest of her days quietly in Harlan, I think that would suit her character just fine. She doesn’t deserve to die for doing the bidding of Raylan and Boyd.

2. Loretta McCready — The future of Harlan needs a new generation Mags Bennett. If there’s any justice, Loretta is the hero of the show. The one who stuck to her guns. The one who outplayed everyone. If she dies, I will be devastated because no one embodies the spirit of Harlan more than Loretta.

1. Constable Bob — The good news is, his injuries have no doubt taken him out of the action. Assuming that he survives the bullet wounds, no one deserves to live more than Constable Bob. He just does his thankless job to the best of his abilities for a lousy $2,400 a year. He’s a guy who honestly attempts to serve the law. There’s no moral gray area for Bob. He’s a survivor.