Thanks To Puberty, The Next Time You See Bran And Rickon On ‘Game Of Thrones,’ They’ll Look Very Different

Last time we saw Rickon Stark on Game of Thrones — the youngest son of Eddard Stark and Catelyn Stark — he had left with Osha at the end of Season 3, heading for safety at the Last Hearth. Here’s what Rickon looked like then: 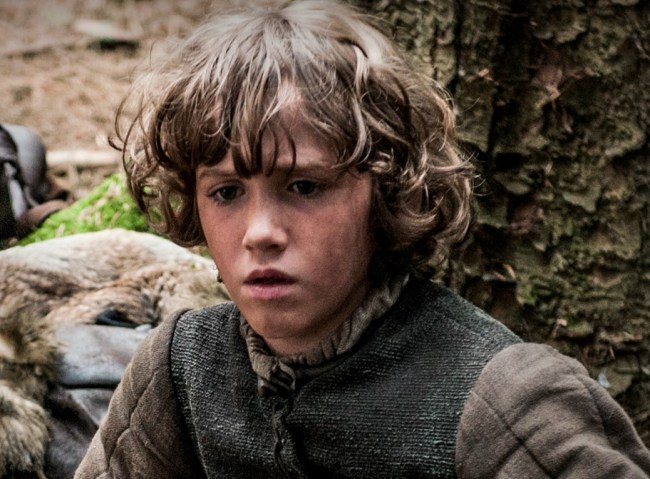 There’s no guarantee that Rickon will ever reappear on Game of Thrones, as he may be Gendry’d out of the series. I like to think, however, that characters on Game of Thrones always reappear, at least long enough to be killed off. Should Rickon reappear, he’ll likely look very, very different, as Art Parkinson — who plays Rickon — now looks like this, thanks to puberty:

Meanwhile, the actor who plays Bran — missing during last season, as his character was apparently out training — has also had a run in with puberty, although his transformation hasn’t been as extreme. Last we saw of Isaac Hempstead-Wright, he looked liked this:

Now, he looks like a tall, lanky male teenage version of Rachel Maddow.

That’s a lot more of Bran for Hodor to carry around. Thankfully, Hodor — also missing in Season 5 — hasn’t changed one bit:

However, he may be bringing house music to Season 6.