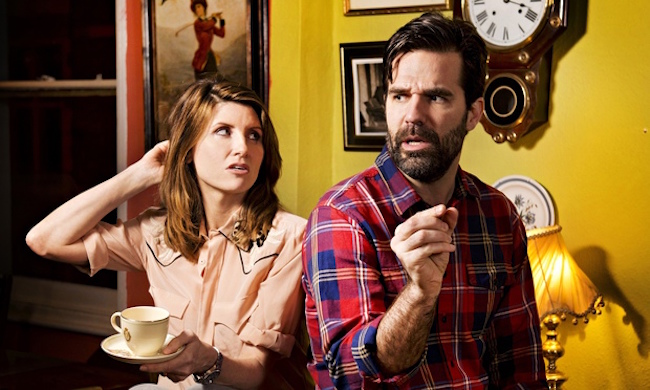 For the most part, this summer has been dominated by Orange Is the New Black and the love and love-hate relationship that the Internet has been having with True Detective. Those two shows have managed to suck up most of the bandwidth, providing a bridge between the end of Game of Thrones and the beginning of Fear the Walking Dead in August. However, there are several excellent TV shows bubbling underneath the radar that aren’t being as widely discussed on the Internet. That’s a shame.

Here’s what you should be watching this summer when you’re not glued to HBO and Netflix. 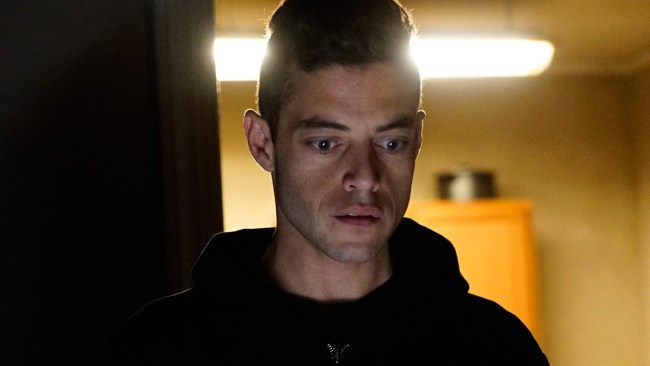 The new USA Network series boasts one of the best pilots that I’ve seen in a long time, and potentially a new break-through star in Rami Malek. Despite the generic title, Mr. Robot is not a series you’d normally associate with the network. The hacker vigilante drama has a European feel, an indie sensibility, a strong soundtrack, and an unusual, but excellent cast. The pilot was directed by Niels Arden Oplev, and it very much has tonal similarities to his original version of The Girl with the Dragon Tattoo. Better yet, it’s Christian Slater’s best role in years (maybe decades), and thanks to the fact that Mr. Robot was picked up for a second season before the first episode aired (to modest ratings), Slater is finally guaranteed a show that won’t be cancelled after one year. Meanwhile, creator Sam Esmail — in his first foray into television — has already been entrusted as to run the show, and if the pilot episode is any indication, Esmail may ultimately become the next big name in showrunners. Right now, Mr. Robot is the must-see show of the summer. (See also: Danger’s spot-on review)

The six-episode romantic comedy series on Amazon is the best sitcom I’ve seen since You’re the Worst, and, ironically, the series can be best described as You’re the Worst meets Knocked Up. Rob Delaney and Sharon Horgan wrote and star in the series about an American who has a fling with a London woman during a business trip. Weeks later, he finds out the woman is pregnant. The two decide to keep the baby and get married, despite the fact that they barely know each other. It’s against this backdrop that their courtship begins, and their unusual situation allows them to be brutally honest (and brutally hilarious) with one another as they begin dating. It’s a very good, very funny, and sometimes very sweet anti-rom-com rom-com (and at less than three hours in its entirety, the perfect summer series).

The Fox series is the most DVR’d show of the summer (jumping 83 percent after seven days of DVR viewing), and it’s already poised for a second season (with potentially a new cast). M. Night Shyamalan’s name (he’s a producer) may have initially put some folks off, but the series is surprisingly well-crafted, despite some occasionally wooden acting. The series boasts some big name TV stars (Matt Dillon, Juliette Lewis, Carla Gugino, Melissa Leo, Terrance Howard, Justin Kirk), and it hasn’t been afraid to kill off some of big-name characters as it has worked toward a mid-season twist that was both surprising and satisfying. Even better, after six episodes in — now that the reason the citizens are stuck in Wayward Pines has been revealed — the series not only hasn’t lost any momentum, it seems to be gaining steam as the townspeople come to terms with their new reality.

The new AMC series kicked off this past Sunday opposite True Detective, and offers the perfect antidote if you’re looking for a smart, sophisticated sci-fi series that’s not endlessly bleak. In a nutshell, Humans is about a select few human-looking androids (or synths) who work as nannies, farmers, and sex slaves who develop a consciousness. Instead of becoming evil robots per the usual sci-fi trope, the synths are empathetic. We find ourselves rooting for them to live, to love, and to escape the humans trying to track them down and kill them because of the threat they pose to society. Despite the fact that it’s about robot humans, it has already displayed some surprising emotional depth and has set the stage to be a poignant drama about what it really means to be human.

In its second season, Halt & Catch Fire is not a new series, but it may as well be. After a disappointing first season, AMC retooled the series by shedding most of the first season’s excesses and turning the series’ attention to the stronger female characters (Kerry Bishe and Mackenzie Davis) as they seek to find success with their new start-up in the emerging world of online gaming. It’s much more tightly focused than last season, and the characters are much better written. Unlike the first season, the showrunners actually seem to have a plan for where the show is going instead of throwing everything at the wall to see what sticks. For a show that I absolutely loathed at times last season, it’s become a surprisingly compelling drama that finally knows how to best use its cast.