What’s On Tonight: It’s The Most Wonderful Time Of The Year. Shark Week Is Back. 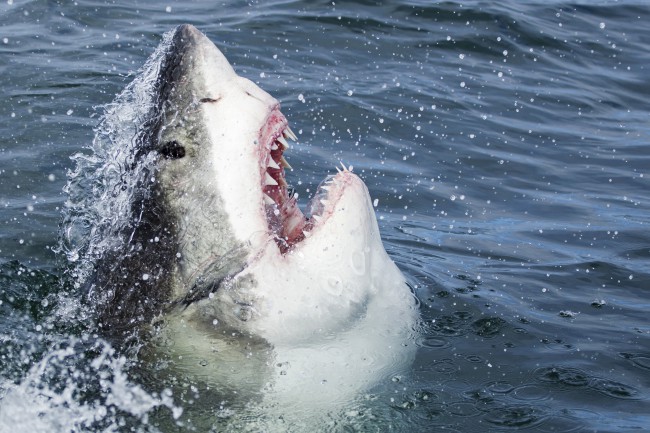 Island of the Mega Shark: Sharkopedia Edition (DSC, 8 p.m.) – Sh*t, is it Shark Week already? Night one kicks off with a group of shark “experts” – please note the quotations, the quotations are important – traveling to an island off the coast of Mexico in order to research giant white sharks.

American Ninja Warrior (NBC, 8 p.m.) – American Ninja Warrior tries to prove it’s even more patriotic than its title by hosting a qualifying round in front of a historic battleship with active duty and retired military members taking on obstacle courses meant to test their fitness and endurance. Being that they’ve probably all served in a war at some point in their careers, I think they’ll be able to handle Log Runs and Beam Crosses with no problems.

Penn & Teller: Fool Us (CW, 8 p.m.) – You know it’s summer when a network’s biggest draw is a couple of middle-aged magicians from Las Vegas.

So You Think You Can Dance (Fox, 8 p.m.) – If you’ve ever wondered how reality competitions like American Idol or Dancing with the Stars can fit 25 episodes into a singular season, it’s because they milk qualifying rounds for all their worth. SYTYCD likes to follow that model, too, which is why we’re still in call backs and we’re still in Las Vegas.

The Bachelorette (ABC, 8 p.m.) – A handful of the guys finally decide that it’s time to start putting some serious moves on the bachelorette, which causes Kaitlyn to doubt her relationships and decisions. One decision she should be doubting right about now? The reason she agreed to go on a reality dating show in the first place.

The Fosters (ABC Fam, 8 p.m.) – Someone’s pregnant, and two of the kids go on an unplanned trip to Mexico. Personally, I would’ve expected stricter parenting from a couple of lesbian moms whose professions are in law enforcement and the educational system.

Major Crimes (TNT, 9 p.m.) – A gangland shooting forces Det. Sykes to go to extreme lengths to protect the identity of a witness.

Chasing Life (ABC Fam, 9 p.m.) – Season 2 of what may be the most depressing series to ever air on ABC Family sees bride-to-be April planning her engagement party in between bouts of chemo.

Murder in the First (TNT, 10 p.m.) – Terry and Hildy track down a cop killer, while Jamie makes a surprise decision in her defense of Dustin.

The Island (NBC, 10 p.m.) – The network’s experiment to test if a group of whining men struggling to survive on an island for 28 days would keep audiences interested enough to watch finally comes to an end.