After NBC cancelled it last year, and after a last-minute resuscitation hours before actor contracts were set to expire, and after it lost yet another cast member in Yvette Nicole Brown, Community finally debuted on Yahoo! last month. This show that so many of us on the internet had a shared history with, whose characters often felt like friends to us, and whose showrunner felt like our beloved uncle who drank too much at Thanksgiving and made us laugh and then yelled at us when we didn’t get at that one joke, had finally arrived. We — the internet — had gotten what we had so desperately wanted for so very long, a sixth season of Community.

… and then we kind of forgot about it.

That’s not to say that we’re not watching it. I know that I am, and I know that many others are, as well. While it took some time to adjust to the new characters, the longer episodes, and the new rhythm of Community, there’s no doubt that it has found its stride at this point. This week’s seventh episode of the season, “Advanced Safety Features,” was peak Harmon. The entire episode was essentially an extended commercial for Honda automobiles, and despite the overt product placement (because of it, in fact), it may have been the funniest episode of the year. The Subway corpohumaniod Rick (Travis Schuldt, also known as Natalie Zea’s boyfriend) returned, only he had switched allegiances and become a corporate influencer for Honda. Billy Zane made a couple of appearances, and he was sublimely good; the Dean continued to deftly fill all the holes left by Yvette Nicole Brown and Donald Glover; and Paget Brewster continued to prove herself to be an incredible addition to the cast.

This scene, in particular, was comedy gold:

Three or four years ago, “Advanced Safety Features” would’ve been the kind of episode that the collective internet would’ve lost its sh*t over. There would have been GIF parties. Twitter would’ve been flooded with brilliant quotes from the episode. We would’ve spent too much time unpacking Abed’s meta-commentary (there was another scene in last night’s episode where Dan Harmon self-reflexively addressed criticism of Abed’s character since Troy left), and internet commenters would’ve spent days cataloguing all the pop-culture references.

It hasn’t exactly been crickets after each episode debuts on the internet (some sites are still writing weekly recaps of Community), but it’s not the same anymore. The strong sense of community surrounding Community is gone.

Why? We obviously don’t want to blame Yahoo, which was generous enough to pick Community up for a sixth season (and there’s still some potential for a movie), but the sense of excitement surrounding the show is gone. It’s not Dan Harmon’s fault, either. Or the fault of the cast. Losing Donald Glover, Chevy Chase, and Yvette Nicole Brown were great losses for the show, for sure, but creatively, it really hasn’t missed a step. Many of these sixth season episodes are as dense and funny and brilliant as second or third season episodes.

The problem is more holistic: Watching Community was once a shared experience. It’s something we on the internet did together. We GIF’d and Tweeted and laughed together. We spotted references together. This was our show. Because, you see, there aren’t a lot of people who watch Community in the wide world. It was never a show you could talk about at the water cooler the next morning because, in our real lives, most of us don’t know many (or any) other people who watch Community. We had to go to the internet to find people with whom we had Community in common, and now we have dispersed. There’s fewer of us. We’re watching episodes at different times. We’re saving them up to binge watch. We’re just not in it together anymore.

It wasn’t just the show, either. All that behind-the-scenes drama actually helped build the Community community because we weren’t just talking about the best lines of an episode, or Alison Brie running. We were bitching about Dan Harmon or Chevy Chase or Donald Glover, and Harmon brought us into his world by sharing way too much about the drama that unfolded behind-the-scenes. Now, we don’t get that same sense of immediacy because, even if there was drama, it’s not unfolding in real-time. Harmon and the cast have already shot the entire season. There’s no more updates from the set, or Instagrammed photos from behind the scenes, or blow-outs with NBC executives.

The feeling that Community was always on the brink of being cancelled also brought us together. We rallied around our show. We fought to save it. That NBC wanted to cancel it felt like a personal insult, an affront to our sense of humor! On NBC, it was the underdog that we rooted for! On Yahoo, it’s a popular web series.

Or maybe it’s just that after losing the showrunner and regaining him, after losing three cast members, and after nearly losing the show so many times over the years, we’ve already mentally let Community go. Many of us are still watching it, and very much enjoying it, but it feels like a ghost or a Pierce Hawthorne hologram. It’s still funny, irreverent, densely-packed, and joyfully, but it’s harder to make a connection with it. Indeed, while we will eventually be sad to see it go, the truth is, we’ve already held its wake. All that’s left is to throw the dirt on the coffin. 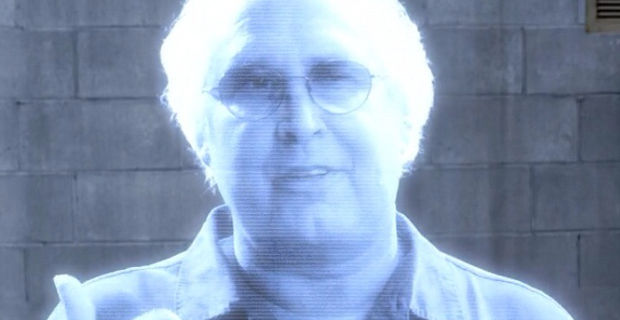