It became clear soon after the Cleveland Cavaliers won their first NBA championship that this would be the Summer of J.R. Smith. The veteran Cavs forward is known to possess one of the NBA’s more fascinating and entertaining personalities, and it didn’t take long for that personality to surface in the wake of winning the title.

First, Smith broke down in tears during his postgame press conference. Then the partying began. And oh boy, did he ever party. Smith was the MVP of the team’s celebration in Vegas, then emerged from the Cavs’ charter in Cleveland without a shirt or a care in the world.

With that in mind, we had an idea of what to expect heading into Wednesday’s celebratory parade through the streets of Cleveland. Fortunately, he made sure not to disappoint.

“Now he’s shirtless” implies that Smith has put a shirt on since the initial celebration, which would be hard to believe.

Someone needs to make a T-shirt that allows you to look like JR shirtless #tattoobodysleeve pic.twitter.com/tgUqbv3UCT

Smith’s commitment to shirtlessness was so inspiring that his teammates had no choice but to join him.

DRINK IT IN, KYRIE. The day is yours. #CavsParade #ALLin216 pic.twitter.com/fkURvbmllq

Everyone laughed and got mad at J.R. Smith for trying to fund his own reality show during the Finals. Now look where we are. We can’t get enough. And we will continue to update you on all the J.R. Smith shirtless news throughout the day. 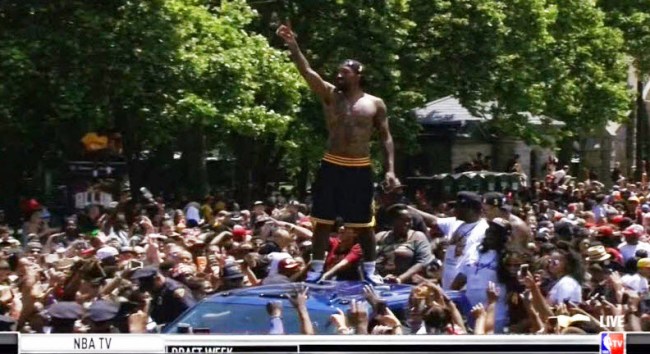 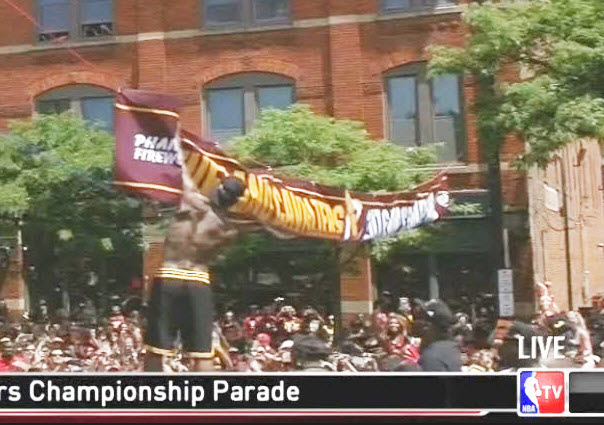 UPDATE 2: J.R. Smith is still shirtless, and now he is standing on top of a moving car surrounded by a sea of humans.

I enjoyed J.R. Smith surfing on top of a car like Teen Wolf. pic.twitter.com/IzRHpAbgpO

UPDATE 3: J.R. Smith is still shirtless, and possibly contemplating a run for office.

UPDATE 4: At least someone is asking the important questions to J.R. Smith, who is still shirtless. 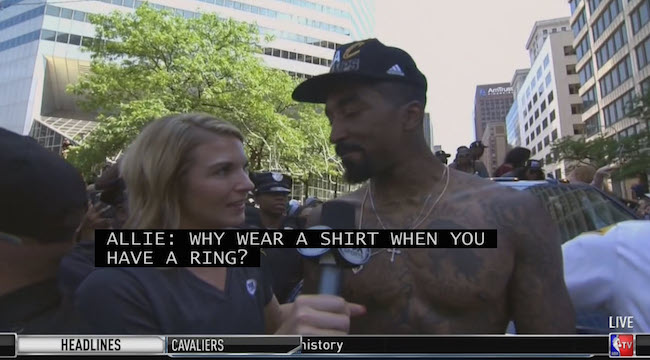 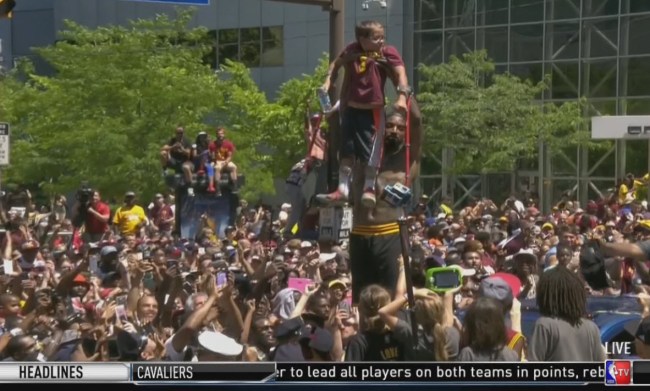 J.R. Smith just did the "Circle of Life" from The Lion King #Cavs #cavsparade #NBA pic.twitter.com/qsCuaSiqee

UPDATE 6: J.R. Smith is still shirtless, and confirms that he’s been that way for a while.

.@TheRealJRSmith Said he took his shirt off after Game 7 and hasn't put a shirt back on since. pic.twitter.com/4iEc5uskZd