The Death Of MTV, Pixar’s Theory Of Labor, And So Many Hot Takes!

Note: Hi, I’m Laremy, welcome to my old column. Rhetorical question: What will this column be? A collection of links you can read, along with really solid commentary. Most will be movie related, but some will just be good ol’ frisky fun, because we can’t read about movies all the time. Now, I’m not saying this column will change the world, but it will definitely rock it to its core. Let’s get in there!

A couple thousands of words on the current state of horror as inspired by The Shining (or “El Shining” in Mexico).

“Did you see the documentary Room 237? With all the different theories people have about the movie.”
“I actually have not seen the documentary, but I’ve heard a lot of things about it.”

Well, if you’ve heard some things about it I’d say you’re an expert on the situation! No, but for realsies, I think horror films have taken a step back since The Shining. Too commercial, too easy to make a quick buck. I remember when horror movies weren’t “boo” scary, they were legit horrifying! I remember when (falls over, cane slips out from under him).

The History of Miami Swim Week – From Complex

Umm, why didn’t I know about “Miami Swim Week”?

She credits this with the increased size and importance of resort collections, as well as the arrival of high-end designers like Minimale Animale and Orlebar Brown, who court a new audience of upscale buyers from Barneys, Bergdorf, and the like.

Well if Miimale Animale is there I am tooooooooo! I also just realized why I have never heard of “Swim Week.” It’s only ten years old, and I moved away from Florida prior to then. Only Burnsy can cover it for us now, that lovable scamp (musses Burnsy’s moppy floppy hair).

The End of Capitalism Has Begun – From The Guardian

Well you hate to hear things like that. Unless you’re a SOCIALIST.

“As with the end of feudalism 500 years ago, capitalism’s replacement by postcapitalism will be accelerated by external shocks and shaped by the emergence of a new kind of human being. And it has started.”

That’s sheer gobblygook. I will now write a sentence like that. “As with the end of my butt about five years ago, due to transfats, my butt’s replacement by postbutt will be accelerated by those new Taco Bell breakfast items and will make my butt a new kind of butt. That’s already started!” Good Lord, I’m a helluva writer. They don’t pay me near enough for this level of genius.

“You can get a bigger audience with an Instagram post than you can on some MTV shows,” says Barry Lowenthal, president of The Media Kitchen, a planning and buying agency.

You bastards! It finally caught up to you, didn’t it? You can ride that Snooki train, but eventually the devil is gonna come for his due. And he’s gonna have a heap of Instagram posts with him.

The Pixar Theory of Labor – From The Awl

I’m not sure Pixar has a theory of labor, unless you mean one based around a balloon economy.

“A lot of narrative business hinges on Joy learning to accept Sadness’s place within the ecosystem of Riley’s mind.”

Yeah, but even more of it depends on you suspending disbelief that Pixar is going to let a FREAKING KID GET KIDNAPPED IN THEIR MOVIE. Ahem. Let’s just move on to poisoned former Soviet Bloc countries.

Town Hit by Sleeping Illness Finally Gets Answer but No Resolution – From Yahoo!

“Meningitis has been ruled out, and while bad vodka was at first considered a culprit, doctors say those who’ve fallen ill didn’t have any, reports the Diplomat.”

Right, like we’re supposed to believe a person from Kazakhstan wasn’t all liquored up. If you lived there you’d be liquored up too. Hell, the only time I’d be sober was when my sleep lasted too long on accident. Then I’d shoot the Vodka (pronounced “Wodka”) into my veins like crystal meth.

Oh come off it, Disney. Quit being such party poopers.

“Lucasfilm & Disney didn’t approve, participate in or condone the inappropriate use of our characters in this manner.”

Yeah, but they should have. Remember fellas, Star Wars characters are only in your mind, and you can’t sexually assault a fiction, “50 Shades of Grey” or the new Vacation movie notwithstanding.

Has anyone considered the fact that he might have been drinking because he played for the Nuggets?

“It was his second DUI arrest in the past six months, following a January arrest in Denver when he was reportedly stopped for doing 65 in a 35 mph zone”

In Ty’s defense, Uber isn’t the easiest application to load. You’ve got to download and then hit install. Plus those guys are always rating you 1 to 5 stars. Did you know my rating is only 4.5? I don’t know what I did. I’m not a bad apple. Maybe a little drunk or slathered in cheese, but nothing 3 or 4 star worthy. C’mon Uber drivers, get on board this pain train! [Bro, 4.5? You must have done some messed up stuff. My friends make fun of me for being a 4.8. -Ed.]

Can Nic Pizzolatto, True Detective’s Uncompromising Auteur, Do It All Again?
– From Vanity Fair

“The Killing, Veena Sud’s AMC series about detectives on the job in Seattle—that was Nic’s first gig. Just like that, he found himself at a table in a room on the edge of America, talking through character motivations and story arcs.”

On the edge of America? What does that even mean? Someone, in the comments, tell me why this here writer wrote that. I mean, it sounds cool but it figuratively makes zero sense. Was the show edgy? Was the room haunted? Elucidate me, Internet Commenters, it’s really your only job if you stop to think about it.

Ava DuVernay Talks About Marvel, Passing on ‘Black Panther’ and Following the White Guys – From RopeofSilicon

“These Marvel films go everywhere from Shanghai to Uganda, and nothing that I probably will make will reach that many people, so I found value in that. That’s how the conversations continued, because that’s what I was interested in. But everyone’s interested in different things.”

I particularly like when they go places so they can make more box office there! Now that’s some artistic merit.

A ‘Xena: Warrior Princess’ Reboot Is in the Works – From /Film

She’s a princess who is also a warrior, sort of like the chick from Brave but without turning her mom into a bear!

“I’m pitching my ass off to make it happen, whether it’s with me or not. I think it’d be funny to have a reboot like Ash vs. Evil Dead — like middle-aged Xena in a muumuu with a bad attitude and a smoking habit. Bring Ted Raimi in [and maybe] Bruce Campbell.”

Well, I’m not sure what any of those words mean, but I bet someone out there does. 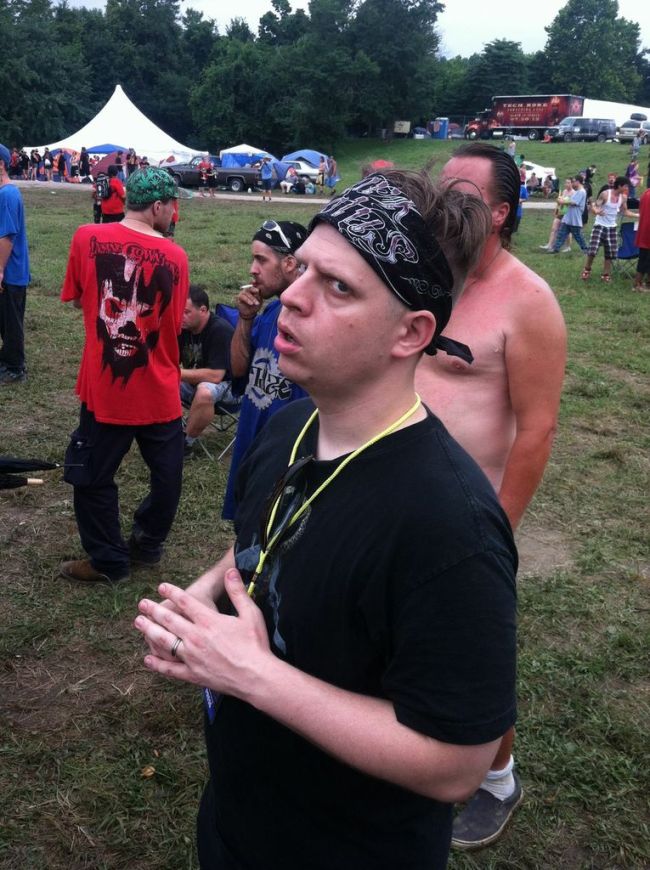 Kind of a fun Frot because we covered Lady Jenner, Comic-Con, Trainwreck, and a very interesting engagement with “The Dude.”

“Vince sounded real bummed about calling the PR girl. Anyone else think that Vince, when describing calling Berg’s PR girl, was also describing his attempts at dating. You meet them, they seem nice and interested, ask for your phone number or email and then … you go to the coffee shop to write an Ant-Man review.”

That quote is from the comments, but that alone should spur you on to listening. Plus I make all sort of errors, as per normal.

That’s all I’ve got for now, you stay sweet!