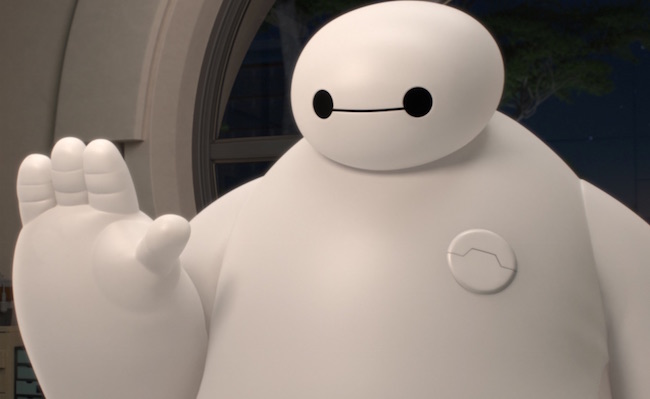 OK, it’s not technically Baymax from Big Hero 6 (which was just released on Blu-ray) picking his favorite movie robots because Baymax is a fictional character, but Scott Adsit (who you might know as Pete Hornberger on 30 Rock) voiced Baymax and he’s a real person and he joined us to basically discuss movie robots. And why not? Movie robots are fun!

You voiced a robot in an Oscar-winning movie, so I’m going to assume you’re now an expert on movie robots.

What comes to mind?

Well, first and foremost in C-3PO. 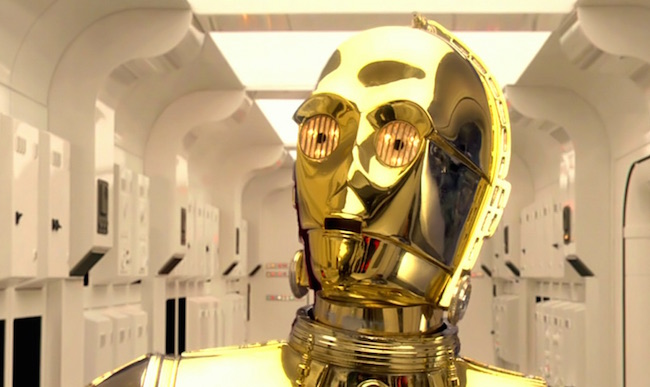 That’s an obvious one, deservedly so, because especially in the first films, he’s so funny.

And he’s back this year.

That’s right! And he did a guest spot on Rebels as well.

[Laughs] That’s right. Baymax should actually go on Star Tours – punch that clock. So, not a movie, but K-9 had an influence on me growing up. 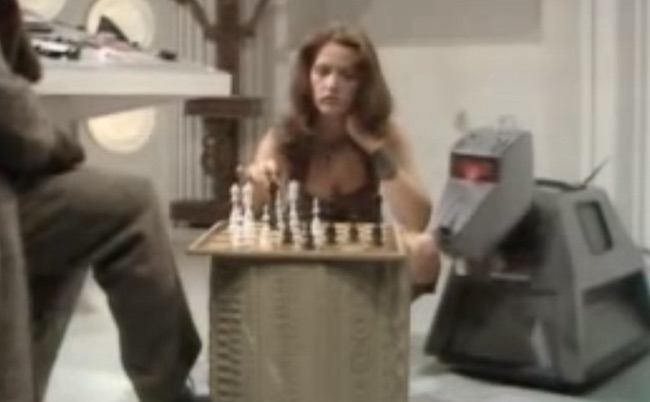 I think just because I like Doctor Who so much. And I think Tom Baker did an incredible job on that show and I think interacting with that robot is pretty funny. How about Roy Batty [from Blade Runner]?

Because he is essentially us; he goes and meets God and tells him he’s not satisfied with the way he was made. That’s what we’d all love to do, wouldn’t we? There’s Robby the Robot, from Forbidden Planet. 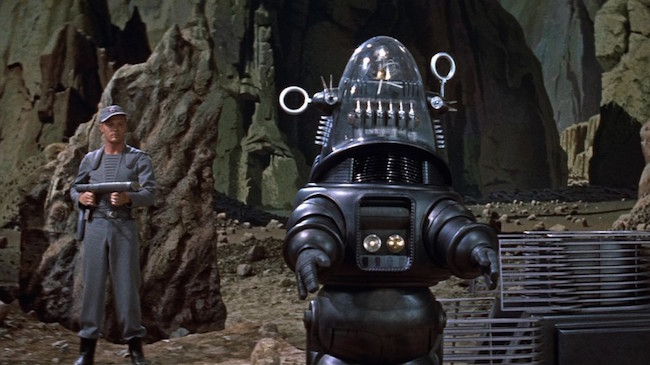 He was designed by the Robert Kinoshita, the same person who did the robot from Lost in Space and I sometimes get them confused.

Yeah, Robby was from Forbidden Planet and the other one was just called Robot, who I also loved because he was the straight man to Dr. Smith. 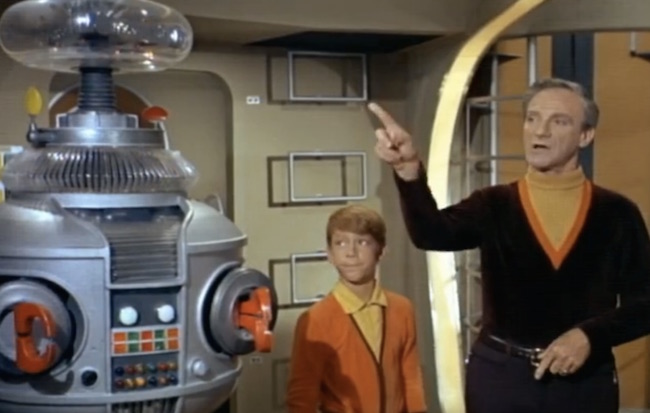 No one knows what Lost in Space is anymore. I watched it in reruns in the ‘80s because there was no other choice. People aren’t forced to watch reruns anymore.

Yeah, it’s like, I know every episode of The Brady Bunch, but it’s not because I liked it. When I was growing up in the ‘70s, it was reruns of Bewitched and I Dream of Jeannie and Get Smart and The Ghost and Mrs. Muir and The Courtship of Eddie’s Father, those are all the shows I knew because they were on every day. And it’s not because I sought them out, that’s what was on and it was better than golf.

Robby the Robot frightens me.

Yeah, he’s meant to be. And at the time, that was state of the art. I mean, he had moving parts and didn’t have any human facial features. He was very functional and intimidating and that was scary. What were some of the robots you were thinking about? 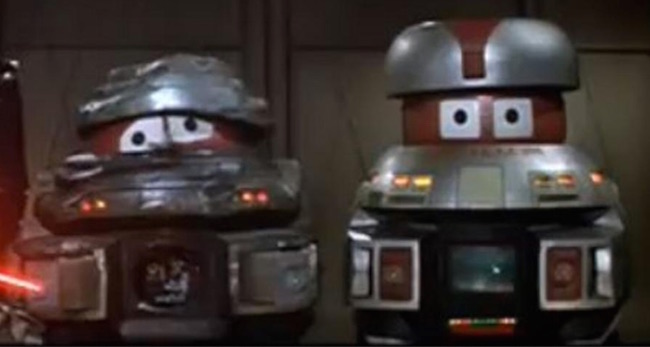 There was B.O.B., Roddy McDowall voiced V.I.N.C.E.N.T. and then Maximilian, who is a very scary robot. He had that shredder that came out of his chest that killed Anthony Perkins’ character. Neil deGrasse Tyson called it the worst movie ever made.

It’s a great concept; it’s a beautiful thing to look at. Are the guards robots?

Yes, but there are also former crew members who are now zombies.

The very best thing about that movie is the last shot. They go through the black hole and they’re in hell and Maximilian is in the middle of hell. 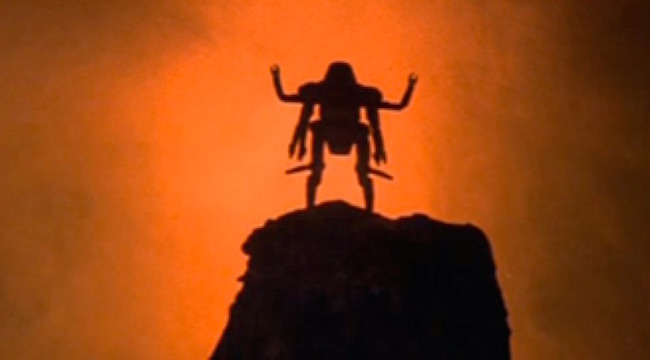 The biblical, Christian hell, which is, apparently, what’s on the other side of the black hole. And I can’t tell if he’s a demon or a victim.

Maximilian Schell’s character is now inside of the robot Maximilian.

That’s right. And they’re in hell. I don’t remember Neil deGrasse Tyson coming out against the concept of hell being in a black hole. He’s fairly on board with that.

They keep talking about rebooting that movie.

I would want a CG Roddy McDowall though. It’s hard to replace that guy. No, seriously, I really love Roddy McDowall and I’d hate to see it without him.

Robert Forster could come back and reprise his role.

That’s right. He can play the bad guy.

Should we do another robot? How do you feel about Johnny Five from Short Circuit?

I’ve got to tell you, he grates on my nerves. I’ve seen that movie once. I did not revisit Johnny Five. Wall*E is pretty great. 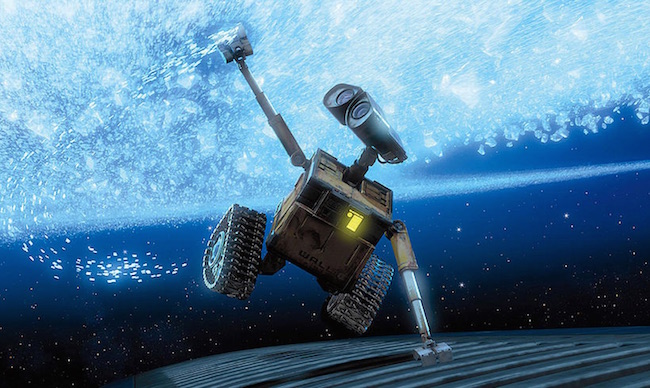 Similar to Baymax, he’s just doing his job and he’s happy to help. He wears his heart on his sleeve a little more than Baymax and you’re just on his side the whole time. He’s a garbage man, then he becomes a hero.