Let’s Talk About That Emotional Ending To ‘Furious 7’ 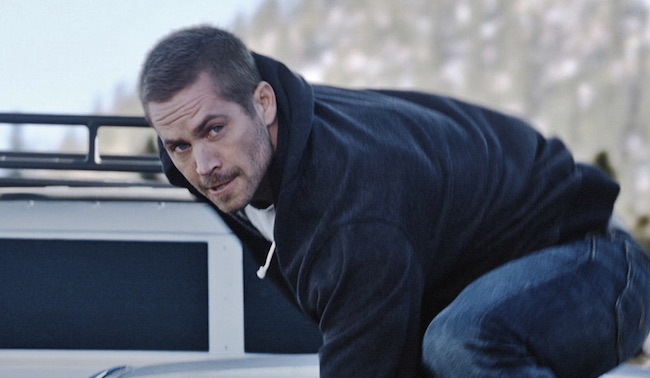 What a difficult position Furious 7 director James Wan was put in. In addition to taking over one of today’s most popular movie franchises, Wan had to deliver a valuable product, while also honoring one of the film’s stars, Paul Walker, who had died months before. Granted, Walker didn’t die while actually filming (filming wasn’t yet complete on Furious 7 when Walker passed away, but Walker had not been filming on that day) — this wasn’t a Vic Morrow from Twilight Zone: The Movie situation — but Walker did die in a car accident, and there are obviously a lot of situations in a Fast and Furious movie that involve cars movie at a high rate of speed. Just by its nature alone, it would have been very easy for Furious 7 to be insensitive. That didn’t happen.

With the help of three actors (including Paul Walker’s two brothers), James Wan wrapped up the story of Brian O’Conner. Of course, there was a lot of speculation on how this would be done. Killing off O’Conner was a possibility, but one that felt, quite frankly, gross, and I suspect this was never a real possibility.

Mia (Jordana Brewster), O’Conner’s wife, reveals that that they are going to have a second child. After the events of Furious 7 are settled, O’Conner decides to hang up his action and adventure boots and take care of his family instead. In a sequence filmed after Walker’s death, the Furious team sits on the beach, watching O’Conner off in the distance playing near the water with his family. Every word spoken by the cast as they talk about Brian leaving the team serves a double meaning for Walker, and everyone in the cast looks devastated during this sequence. Their characters can still see Brian, but that’s not the case in real life. As a viewer, it’s hard not to think about that.

Dom (Vin Diesel) leaves without saying goodbye to Brian. We think the final sequence will be Dom, by himself, driving down a mountain road. But in another scene filmed after Walker’s death, Walker (using CGI trickery) pulls his car up to Dom’s car and the two exchange some final words. During this sequence, there’s a montage of Walker’s work from the prior films. If you had been resisting the urge to cry up until this point, you will have little chance now, and it’s remarkable just how young Walker looks in those early clips.

In the final scene, Brian and Dom look at each other one last time, race for a bit, then Brian takes an exit ramp, leaving his friend for the final time and driving off into the sunset by himself. The film’s dedication then pops up: “For Paul.”

The thing is, if this had just been the departure of a popular and beloved character, this would have been hard enough. As a viewer, we are reminded that this isn’t just the last time we’ll see Brian O’Conner, this is our last time seeing Paul Walker (a phenomenon that seems to be happening more and more often lately; we’ll go through this again with Philip Seymour Hoffman when the last Hunger Games movie comes out this fall).

Our final memory of Paul Walker will be this: Driving off into a beautiful sunset. And maybe this is a dumb or overly sentimental thing to feel, but it is nice that Brian O’Conner gets to live his life happily ever after, because we all wish that Walker had gotten to do the same thing. And under the circumstances, I can’t imagine a better way for James Wan to handle this situation.