George Romero has been in the horror business since midnight movie landmark Night of the Living Dead opened 48 years ago. While some critics have straight up walked out of his films, his fans have followed his career with the dedication of, well, hungry zombies. While Romero has directed cult favorites that don’t involve brain eating, such as Knightriders and Bruiser, he will forever be known as the godfather of the zombie movie.

With Romero in the news for his views on The Walking Dead and with Halloween upon us, it seems like a good time to look at some facts about Romero and his lengthy career.

His first job in the film business was with Mister Rogers

Romero’s first job behind the camera wasn’t working on some B-movie monster flick, but a million miles from anything remotely related to horror: Mister Rogers’ Neighborhood. The young filmmaker had recently graduated from Carnegie Mellon University and landed a job filming a small segment in which Mister Rogers goes to the hospital for a tonsillectomy. Since both had Pittsburgh connections — Romero got his formal education there and Rogers worked in local television — some sort of collaboration was probably inevtiable. Romero has said everyone he knew from the area “started with Fred.”

While Romero described the legendary children’ TV host as incredibly nice and dedicated to his craft, Rogers did put his foot down when it came to zombies. “Originally I wanted to use Betty Aberlin [who played Lady Aberlin on Mister Rogers’ Neighborhood] in the role of Judy in Night of the Living Dead,” Romero told Time magazine in 2010. “Fred said no to that.”

He turned down the chance to direct Scream

It’s no secret that Scream revived Wes Craven’s career years after dull stretch. While he lucked out in the end, the slasher movie that launched a new era in teen screams floated around to several other notable names in horror before finding Craven. The script landed on the desks of Robert Rodriguez, Danny Boyle, Sam Raimi and Romero, who’d later admit that turning down the project was probably the biggest career misstep he wishes he could take back.

Zombies had been around in various forms before Night of the Living Dead, but it’s Romero who created the slow, lumbering, ravenous undead and redefined what zombies were for pop culture. The whole idea of zombies eating brains, though, is something he’s not taking credit for and isn’t even sure why everyone thinks brains are like pizza to zombies.

So, as to where this brain eating business started, Romero was correct that it pretty much can be traced to 1985’s Return of the Living Dead. Director Dan O’Bannon suggested zombies eat brains to provide some relief for the pain they feel.

Night of the Living Dead could become a musical

Jazz hands and sung dialogue in between rabid chaos? Yes, it could happen. If the idea of watching a group of survivors hiding out in a house and breaking out into song while fighting off murderous zombies sounds fun, then you’re in luck, because it remains a real possibility. (And frankly, kind of surprising it hasn’t already happened.) If it sounds dreadful, then don’t fret, because Romero likely won’t be involved. Romero told Vanity Fair that he and the others involved in the original were pitched an idea of taking the show to Broadway and said it might actually happen, he just won’t be in the playbill.

“They put on a big presentation for us. Most of the music has already been written and it’s pretty good. I don’t know if it’s going to happen, but we’ll see. I have no problem with somebody doing it, I just don’t want to be involved.”

He had a small role in The Silence of the Lambs 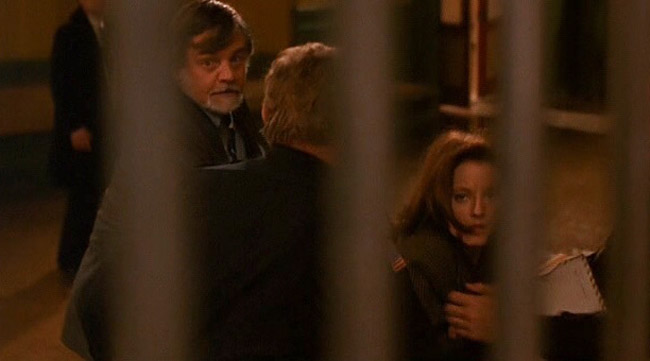 In addition to weaving zombies into the fabric of pop culture, Romero played a part in making Pittsburgh something of a hot spot for film locations in the ’80s and ’90s. His original Dead trilogy plus Creepshow, Martin, and Knightriders were all shot in the area, and led to the city courting Hollywood with big money productions like Flashdance, All the Right Moves, and RoboCop. When Jonathan Demme came to town to film Silence of the Lambs, he asked the Pittsburgh film legend if he would make a cameo and Romero couldn’t turn the offer down. It’s quick, but in the scene where Agent Starling visits Hannibal Lecter in his cell, she’s whisked away by several FBI agents, one of them played by Romero.

He has a somewhat complex relationship with The Walking Dead

When The Walking Dead became the biggest thing on television several years ago, people started clamoring to find out what the zombie godfather thought of the show. Then when he was finally asked about the show and compared it to a soap opera the internet just assumed that he hated the show. Romero admitted that he was a huge fan of the books and respected Frank Darabont’s work on the show. It’s not that he hated The Walking Dead, they just weren’t his zombies — which is why we’re probably never going to get a George Romero-directed episode, though he has been asked to before. So, what is a Romero zombie exactly? Well…

“My zombies are purely a disaster. They are a natural disaster. God has changed the rules, and somehow this thing is happening. My stories are about the humans who deal with it stupidly, and that’s what I use them for. I use them to sort of make fun of what’s going on in a number of societal events. And that’s it, I don’t use them to just create gore. Even though I use gore, that’s not what my films are about, they’re much more political.”

Certainly, there’s a contrast between what Romero does and what The Walking Dead does, but while Romero has affection for some elements of Robert Kirkman’s creation, his recent comments to Indiewire make it clear that he thinks the popularity of The Walking Dead has had an adverse effect on his ability to tell his kinds of stories. And of course, that’s totally understandable but also a symptom of the way genres evolve over time. Still, while Romero may not get the chance to top the best films that define his legacy, his work still stands up all these years later and, while it may be a hindrance now, The Walking Dead and others like it are also a testament to Romero and his legacy, even if he’s not directly involved in their creation.