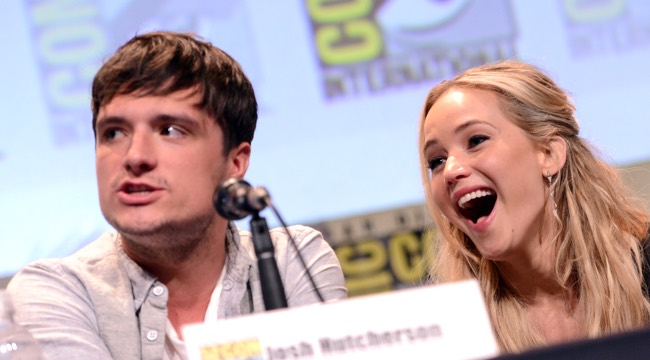 Oscar-winning actress Jennifer Lawrence made her feelings on the Hollywood gender pay gap well known in a powerful essay penned on Lena Dunham’s newsletter earlier this month. After one co-star, American Hustle and Silver Linings Playbook’s Bradley Cooper voiced his support of her position, Lawrence received the backing of another one, as well a semi-regular director.

Josh Hutcherson, Lawrence’s fellow Hunger Games star, told The Huffington Post, “I think it’s insane what happens with women’s pay,” and that Lawrence “is great. She’s the perfect person to speak on that. She’s very powerful, she’s very influential and she says what she thinks.”

You can also add director David O’ Russell, who guided Lawrence to her Best Actress statue in Silver Linings Playbook and Best Supporting Actress nomination in American Hustle, to her list of backers. Russell, who also helmed the upcoming Joy with Lawrence and Cooper, told The Hollywood Reporter, “I believe the spirit of what Jennifer is saying is truthful to her heart. I support her and all women in that.”

It was the revelation of Lawrence’s paycheck for Hustle, made public in last year’s Sony hacks, that gave this issue the legs it has. Hopefully the reinforcement of Hutcherson, Russell and Cooper’s position will outweigh the lukewarm sentiment of another prominent Hustle cast member, Jeremy Renner.