Paul Rudd’s Extended ‘Between Two Ferns: The Movie’ Interview Is An Absolute Delight

Netflix released a “sorta uncut extended interview” with the Ant-Man star, who, despite Galifianakis’ insistence that he’s forgettable, gave one of the movie’s most memorable “performances.” “Which do you prefer, being in Marvel movies or being in stuff that nobody’s ever heard of?” was one question. Another: “What advice would you give to a young actor who wants to hide his Jewishness?” leading to this perfect moment. 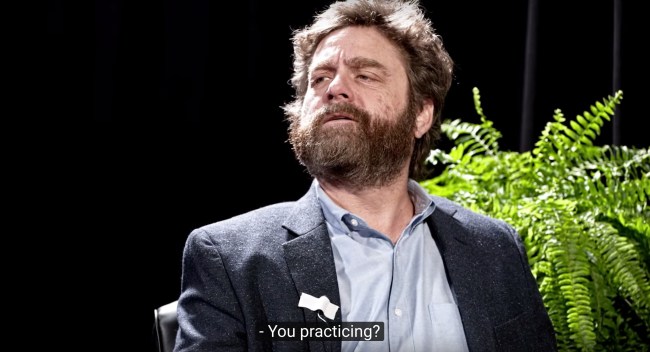 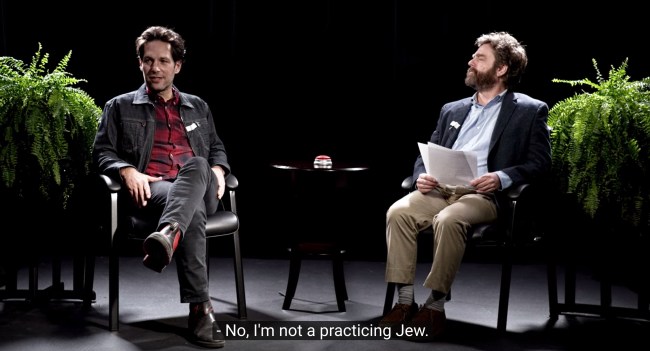 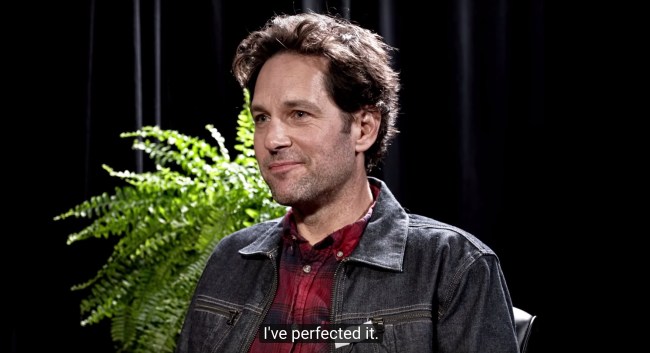 I wonder what he thinks of the Uncut Gems trailer.

Rudd also jokingly admitted that he “f*cked my way to the top,” but only “to the top of the C-list,” Galifianakis fired back. There’s also a funny bit about Greeks eating yogurts and f*cking goats, which is tough to explain, so just watch the video above. And be sure to check out Between Two Ferns: The Movie, if only for the closing-credits blooper reel.