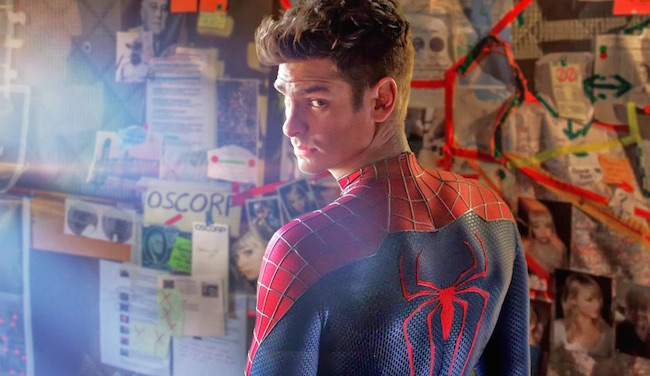 Late Monday night, Marvel and Sony announced that they’ve agreed to what is essentially joint custody over arguably the most popular cinematic comic book character, Spider-Man (Batman may still stake a claim to that title, too). Basically, Sony still owns the rights to the characters, but now Spider-Man will join the Marvel Cinematic Universe, probably as quickly as 2016’s Captain America: Civil War. This seems like a win-win for both Marvel and Sony and appears like good news for all of us.

Story-wise, this means that Spider-Man will go through yet another reboot, and I can’t help but wonder what we’ll think of the two The Amazing Spider-Man movies in 10 years. I suspect we won’t think of them at all, which now makes them inherently more interesting. In 2025, the popular website of the moment (FeedSting, or whatever it will be called) will run a post reminding people that The Amazing Spider-Man movies exist. To be fair, there’s a chance that I’ll be the author of that post.

A reboot doesn’t physically destroy what came before, but, boy, this sure does come close. Sam Raimi’s Spider-Man movies will always survive culturally because they were, in a way, the movies that ushered in what we’re seeing today. Plus, it’s a contained story, and it doesn’t hurt that two of those three movies are pretty good! – and the second one, especially, is really good (I’d be remiss if I didn’t point out here that Spider-Man 3 even has its defenders).

There will be no revisionist history posts about The Amazing Spider-Man movies. People generally do not like them, but no one hates them enough for an apologist to mount a contrarian campaign. And, unlike the third chapter of Raimi’s movies, they are not connected to a larger, more coherent story so that someone could say, “No, you’re missing the point, here’s what Marc Webb was trying to say.” Instead, The Amazing Spider-Man movies will just sit there as hollow reminders that not everything should spawn a universe of “interesting” characters that will one day all get their own movies. These are movies that had more of an eye on what was coming next than paying attention to what they were currently doing.

So, even with Spider-Man joining the Marvel Cinematic Universe, people will still watch Raimi’s Spider-Man trilogy. But, what Sony has effectively done with this announcement is light The Amazing Spider-Man movies on fire. Who is ever going to sit down and watch these ever again? Never mind for a second that they aren’t very good, but more that they have so many loose ends that are never explained. Peter never does catch Uncle Ben’s killer (something Peter just kind of gave up on anyway halfway through the first movie), Peter never does solve all the mysteries of Oscorp (there are too many to even list out here) and we will never see Peter’s father’s dumb subway station lab again. These are just below average movies that now have no ending. The post-credits scene of The Amazing Spider-Man 2 basically announced, “See you back here for Part 3!” It turns out that we won’t!

For the life of me, I’ve been trying to think of an apt comparison, but there’s never really been anything quite like this before – two movies that made $1.5 billion dollars combined, but have zero cultural cache and, on their own, as a contained unit, make no narrative sense. The closest thing is probably Terminator: Salvation, a Terminator movie starring Christian Bale, an actor people like, that no one remembers — even though I swear it came out.

(At this point, if I were Sony, in the last scene of The Amazing Spider-Man 2, as Spider-Man and Paul Giamatti’s Rhino are charging at each other, I’d add a line that reads, “And on that day, Rhino killed Spider-Man. The End.” It brings at least some closure and actually makes it a better movie.)

Honestly, I kind of feel bad for Marc Webb. He seems like a genuinely nice guy who, after his first movie, (500) Days of Summer, was given an offer that (A) he couldn’t possibly turn down and (B) wasn’t quite ready for, politically. Webb had too many people to answer to (producer Avi Arad, for one, who is not at all mentioned on this new press release, to the delight of many) and wasn’t in a position, professionally, to be able to say “no.” Webb is a director capable of visually stunning work and (500) Days proves he has heart (the chemistry between Andrew Garfield and Emma Stone was always considered one of the few positives of the Amazing series), but his Spider-Man movies will only be remembered as what happens when you make a movie with no good reason other than to extend a contractual obligation.

I’ve seen people on Twitter publicly expressing their sorrow for Andrew Garfield. We kind of forget, because he’s been too busy with Spider-Man for the last few years, but he’s one of the best young actors working today. He’s the lead in a Martin Scorsese movie. Garfield will have a long career. I do worry a bit for Webb, and I hope he gets a chance to make something again as unique as (500) Days.

But, these movies essentially don’t exist anymore, even though they do and feature one of the most popular characters of all time. These two movies will be forgotten – their shining legacy probably still best summed up by that awful Electro head Blu-ray box set. Somewhere, right now, I can only assume that someone at Sony just threw a slow motion enhanced lit match at that Electro head, “Be gone, you.”