Did You Know That As Many As 75 ‘Mad Men’ Characters Were Mo-Capped Into The Video Game ‘L.A. Noire’? 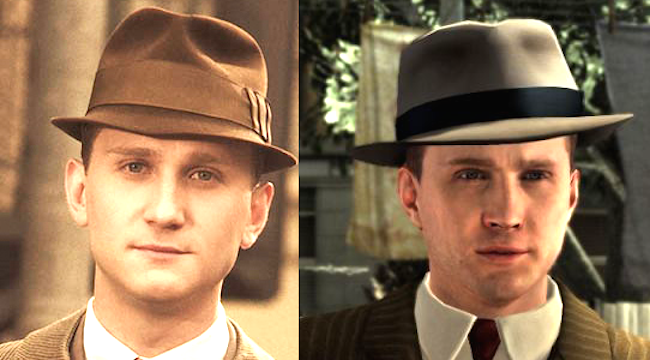 I knew that Aaron Staton, who plays Ken Cosgrove in Mad Men, had been mo-capped into the 2011 video game L.A. Noire, and that he voiced one of the characters. And while some of you gamers might know this already, I had no idea the full-extent of the crossover between the game and Mad Men. Here are just nine examples, via Unreality:

There are, however, as many as 75 crossover actors, according to IMDB, including mostly minor characters from the early seasons of Mad Men. The game itself cost more than $50 million to make (one of the most expensive video games ever at the time it was made), and while Staton plays the lead, many, many other actors from Mad Men were also added using motion capture technology.

Mad Men is not the only pop-culture influence on L.A. Noire. The detective game, set in 1947, also takes cues from Chinatown, The Untouchables, L.A. Confidential and The Black Dahlia. The game was also the most successful video game of 2011, selling 900,000 copies.