The Upcoming ‘MacGyver’ Reboot Has Retooled Its Concept A Tad

The upcoming CBS reboot of MacGyver is in the process of, um, MacGyver-ing a bit of a concept revamp. Luckily for CBS, having Conjuring 2 director James Wan back in the mix is infinitely better than having to sort things out using a discarded soup can and a pocketful of lint.

Deadline reports that the version of MacGyver we’ll be getting this fall isn’t quite like the original pilot. In fact, the original pilot has been completely scrapped with only Lucas Till (brand spanking new MacGyver) and CSI vet George Eads sticking around from the previous cast. The revamp of the reboot will have Hawaii Five-o showrunner Peter Lenkov penning a new script that goes in a somewhat different direction and James Wan is a go to direct the pilot. A crowded schedule halted Wan’s previous plans to direct the introductory schedule, but with retooling on the go, the opportunity has presented itself once more.

So what’s the major concept tweak? Is MacGyver now going to be NCIS: MacGyver or possibly MacGyver Babies? According to Deadline, the original pilot had MacGyver “recruited into the clandestine organization from the original series where he uses his knack for solving problems in unconventional ways to help prevent disasters from happening.” Essentially a pretty straight-forward familiar update on the ’80s TV series. As for the update of the update?

MacGyver now creates a clandestine organization within the U.S. government where he uses his extraordinary talent for unconventional problem solving and vast scientific knowledge to save lives. Eads will play a new character, maverick former CIA agent Jack Dalton, who joins MacGyver team on high-risk missions around the globe. Under the aegis of the Department of External Services, MacGyver takes on the responsibility of saving the world, armed to the teeth with resourcefulness and little more than bubble gum and a paper clip. Hires plays MacGyver’s ambitious roommate, Wilt Bozer who entertains him at home.

It’s not too colossal of a shift (hello paper clip mention!), but between the scrapped pilot, cast shuffle and tweaked concept, it’s definitely an overhaul. What would Patty and Selma Bouvier think? Maybe we’ll find out this fall. 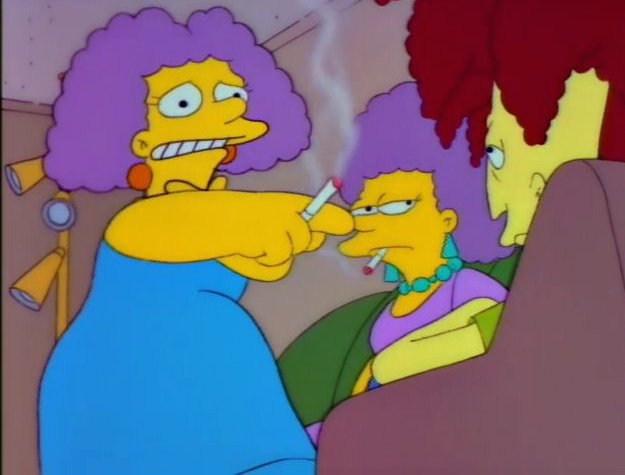