In many ways, the ending Don Draper received in the Mad Men finale made perfect sense (just ask Danger, who predicted it in April). It’s the cycle of Don Draper. He rises. He falls. And like a phoenix rises from ashes (sponsored by Coca-Cola), he rises again. Don was reborn in the Mad Men finale: As Don Draper. An even better, albeit shallower more soulless Don Draper, the guy who came up with the most iconic commercial of the 1970s.

It’s what has happened throughout all of Mad Men: Don plateaus, then he crashes, and then he rises again, better than he was before. It’s how he evolved from the creative director of Sterling Cooper to a partner in Sterling Cooper & Partners to a creative director in McCann Erickson to, undoubtedly, the creative director of McCann Erickson (and you know, Peggy and Stan helped him make that ad, and Peggy got the legacy moment she wanted). For Don, every crash and burn is followed by an even bigger role in the advertising world.

That’s not to say that Don didn’t find his Shangri La, as has also been predicted. That’s exactly what he found in Big Sur. It’s the ocean that brings him inspiration. He found peace, and contentment, and enlightenment. It’s just that Don’s enlightenment is finding the perfect ad. That’s his shallow little heaven. It’s like hearing an Ocean Spray ad in his mind. 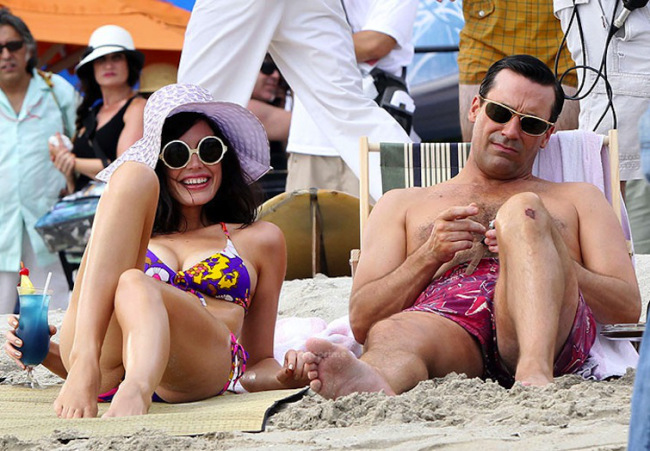 Of course, the Coca-Cola ad has been hinted at from the day that Sterling Cooper got bought out by McCann Erickson, when Jim Hobart promised Don Coca-Cola, and it was reiterated when Don was asked to fix a Coca-Cola machine in Kansas. Hell, it even goes back to season one, when Betty starred in a Coca Cola ad for McCann Erickson when the firm first attempted to hire Don. 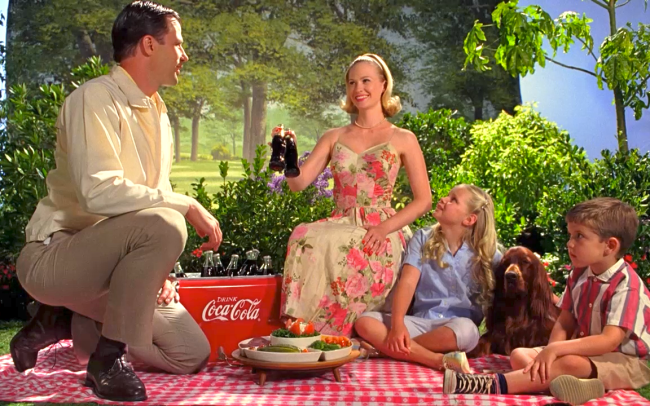 It also makes total sense. On first blush, it’s the too-cute ending that you kind of hoped Mad Men would avoid. After all, Don Draper didn’t come up with the “I’d Like to Buy the World a Coke” ad. A man named Bill Backer did, and his epiphany had nothing to do with Big Sur. Plus, that’s the sitcom ending, the too-good-to-be-true ending. The funny ending. It’s cute, but Mad Men wasn’t a cute show. It was a serious drama with some sporadically hilarious moments. I mean, consider how ridiculous it is that a creative director would leave his job, go on a road trip across the country, and end up at the Esalen Institute with Stephanie Draper, which is where he would hit rock bottom, and then climb his way out through meditation.

But think deeper, and it’s also the perfect ending for Don because he’s a shallow little sh*t. He thinks transactionally, not emotionally. He’s practically been brainwashed by advertising, and if you dig deep into the layers, Matthew Weiner was making a comment on America, and on how we value success. DON DRAPER FOUND ENLIGHTENMENT BY CREATING A COKE AD WITH HIPPIES SINGING ABOUT BUYING THE WORLD A COKE. One of the most popular ads of all time loses some of its power when you realize that — Bill Backer or Don Draper — it was created by a shallow man just like Don Draper to sell soda, not to bring the world together. Don Draper’s epiphany came in the form of an advertising jingle. It’s so American it’s ridiculous.

Also, because of course that’s what would happen to Don. He’s downward spiraled into bigger and better success his entire career, and he always comes back to advertising. He’s kind of a terrible person, but he always wins. It’s in his blood. He’s a con man. A hustler. He’s an ad man. He gets sick of things, he runs, and he always comes back home, and advertising is the only home he knows. He didn’t hug that man at the Esalen Institute because he could relate with him. He hugged him because he felt sorry for him, because that’s the man who Don didn’t want to be.

He broke all his vows. He scandalized his child. He took another man’s name. He didn’t want to end up like that guy, and there’s only one way he could redeem himself… by making something great, and by God, he did. He made the “I’d Like to Buy the World a Coke” ad. He is the ultimate con man! 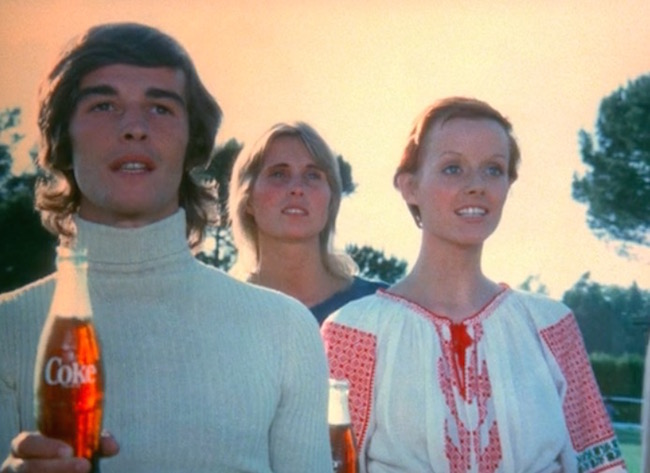 As for Peggy and Stan? Who could be mad at that? It was kind of abrupt, and that “I love you,” followed by the big kiss was incredibly rom-com sentimental, but it was also perfect for Peggy. Those two people belong together. It’s what the audience wanted, and Weiner was all too happy to give us that.

As for Joan? She couldn’t get the respect she wanted in advertising, but she’s finally gotten it in film production. She’s her own boss, and she doesn’t have to answer to a-holes anymore. I think it’s great that she has her own firm — Harris and Holloway — that combines her previous two last names. It’s a lovely happy ending for Joan, too. Same for Roger, who ended up with Marie, and Pete, who returned to Trudy. Good for all of them.

In fact, it was a happy ending for everyone. Everyone that is, except for poor Betty. Because Betty is dead. 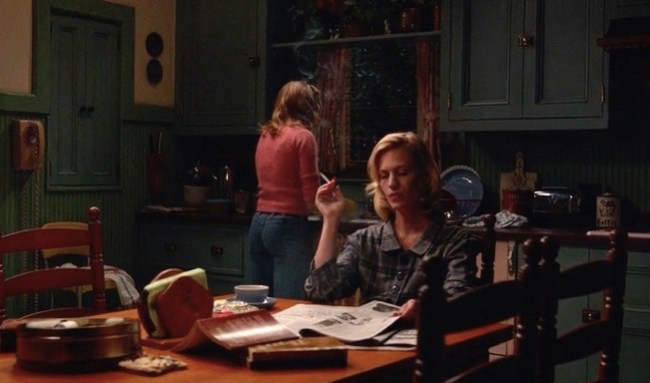 Farewell, Mad Men. You were a brilliant, fantastic show for seven seasons and, I think, the wink in the end will only strengthen your legacy.