Shadows In The Glass: 8 Things About The Cast Of Netflix’s ‘Daredevil’ That You Probably Didn’t Know

A couple of weeks since its release on Netflix, Daredevil is undoubtedly one of your favorite series by now, and certainly the best superhero TV series ever. However, it’s not exactly an A-list cast, although most of the cast is probably familiar to you from other projects. Here’s an opportunity to get to know the cast a little better before the second season of Daredevil (or before you watch the first season again).

1. Toby Leonard Moore (James Wesley) — Moore has been doing steady voice-over work since the age of 8. In fact, he’s the voice on a slew of audiobooks. He’s also done a lot of voice-over work in commercials that you’d recognize (Zyrtec, Tiffany’s, Coach). He’s Australian, but he has a perfect American and British accent, and can speak fluent in Japanese. I can’t embed it here, but you have to hear is demo reel for voice-over work. The way his voice changes for each project will blow you away.

You may also recognize Moore from the stellar Keanu Reeves’ flick, John Wick. 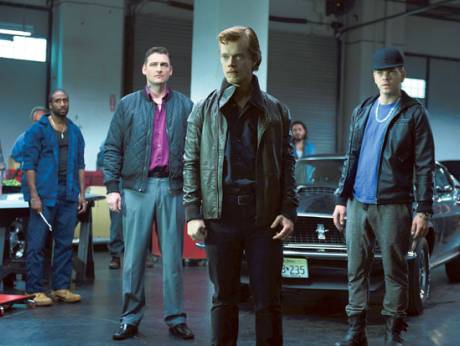 2. Vincent D’Onofrio (Wilson Fisk) — D’Onofrio holds the record for most weight gained for a film role, having gained 70 pounds to play the defining role of his career: Pvt. Leonard Lawrence in Full Metal Jacket (He broke Robert De Niro’s record of 60 pounds for Raging Bull). He lost all that weight in just nine months to play Dawson in Adventures in Babysitting. (via NYT) 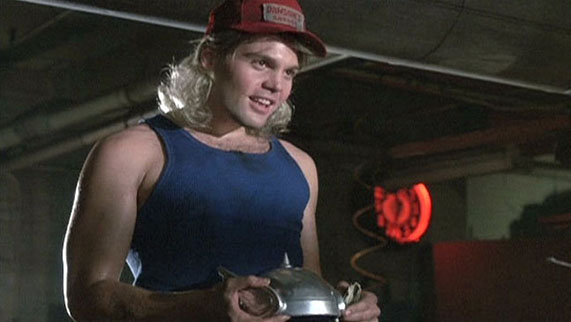 3. Charlie Cox (Matt Murdock) — Recognizable to some as Tristan from the phenomenal movie Stardust, and for his ultimately heartbreaking role in Boardwalk Empire, Cox comes from a very prestigious family in Britain. His ancestors include Sir Andrew Agnew, 7th Baronet (who lobbies against Charles Dickens to get work banned on Sundays in Britain in the 1850s); the Scottish politican James Ogilvy, 4th Earl of Findlater, and Andrew Elliot, the colonial Governor of New York in 1783. Cox has also dated Kate Mara (House of Cards) and Lynn Collins (Wolverine). (via Bustle)

4. Deborah Ann Woll (Karen Page) — Coincidentally, Woll’s real-life boyfriend is also blind. He suffers from a hereditary condition called Choroideremia, which slowly blinded him. Woll — who has raised awareness for Choroideremia — uses her boyfriend’s condition as inspiration for her own battle against Celiac’s disease. (via the Money Times)

5. Elden Henson (Foggy Nelson) –Henson, who you may recognize from EVERY 90’s MOVIE, is also the big brother of Ellington Lee Ratliff, the drummer for R5, a band that is apparently very popular with the Disney crowd (ask a tween).

You might also recognize Henson from The Hunger Games: Mockingjay.

6. Vondie Curtis-Hall (Ben Urich) — Curtis-Hall is married to writer/director Kasi Lemmons, who directed Eve’s Bayou. Back in the early days of E.R., he was nominated for an Emmy in a recurring role as a transsexual who commits suicide.

7. Ayelet Zurer (Vanessa Marianna) — Zurer is actually a very famous actress and model in Israel, and she’s been in a lot of movies that you may not remember her from. For instance, she played Superman’s mom in Man of Steel.

8. Rosario Dawson (Claire Temple) — You probably know all there is to know Rosario Dawson by now, except maybe this: Did you know that her first role (even before being discovered in Kids) was on Sesame Street?

Oh, and she also knows Klingon.