If you’re the type who doesn’t care for symbolism, camera angles, cinematography, and subtle — and not so subtle — callbacks to Breaking Bad, this post might not be for you. You can file it under, “Reading Too Much Into Better Call Saul.” But it’s a tremendously fun show for film and Breaking Bad geeks, though I will concede that it’s possible that I climb too far down into the rabbit hole and see things that may not exist.

If they do exist, that’s what makes Vince Gilligan shows so satisfying to watch, and watch again. Slowly. Frame by frame. With a magnifying glass.

Here are some cool details I found about the third episode of Better Call Saul:

1. I don’t know if it was intentional or not, or if it was just one of those happy coincidences, but I found the background Halo effect in this shot somewhat striking. Given the reference to The Shining (“Heeeeere’s Johnny”), I couldn’t help but to associate it with Kubrick’s lighting style.

Here’s a less pronounced, but no less obvious, halo effect from Breaking Bad. 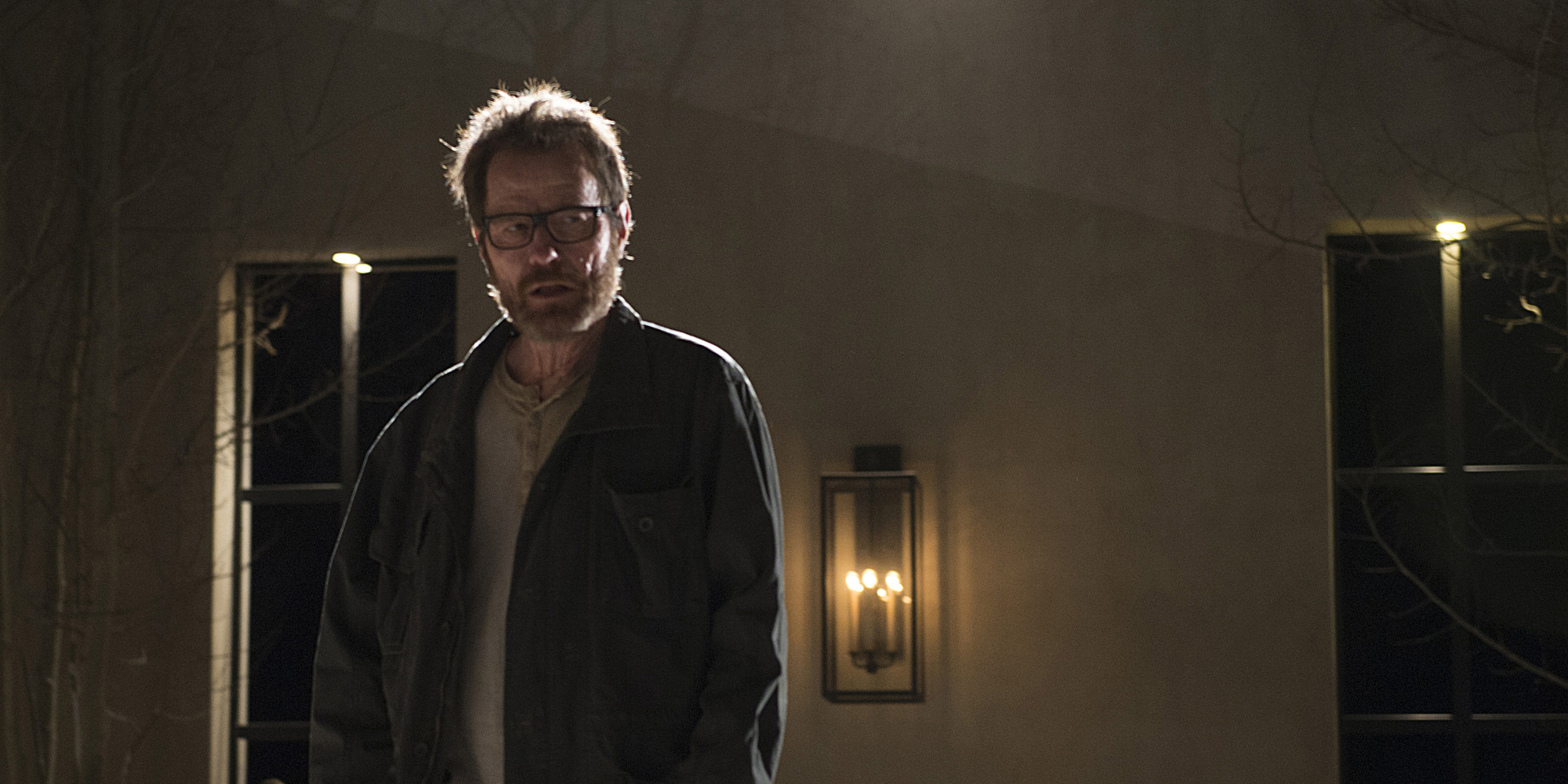 2. The lighting here is also striking. Chuck’s face is half lit and half in shadow during the entire scene. It was very common in Breaking Bad to light Walt’s face this way. 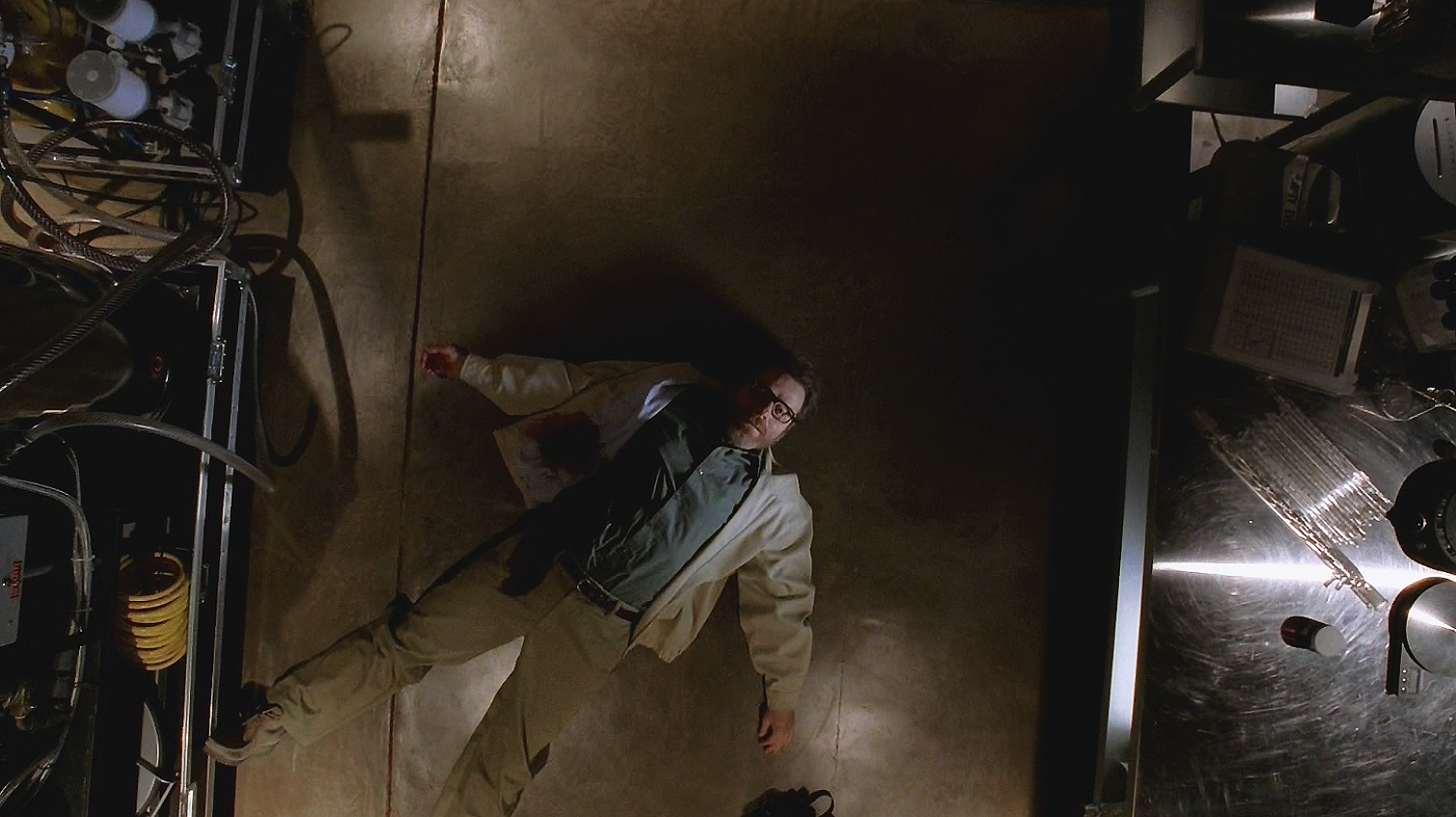 3. The shot from below is very popular in the Breaking Bad universe. As you can see, Saul is half-lit in this entire scene, and the good/bad dichotomy makes perfect sense here. He’s being a good guy by alerting Kim Wexler to a bad deed he’s responsible for. 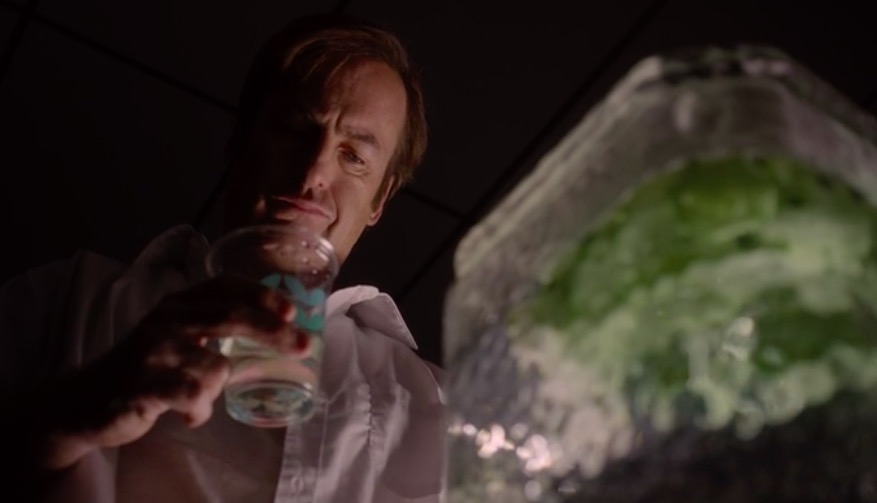 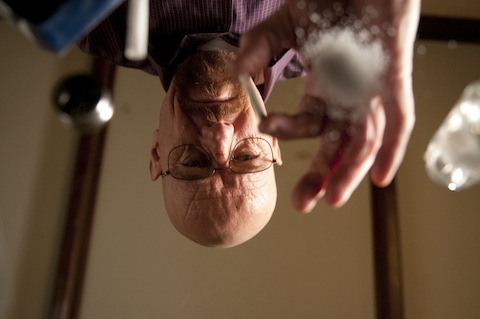 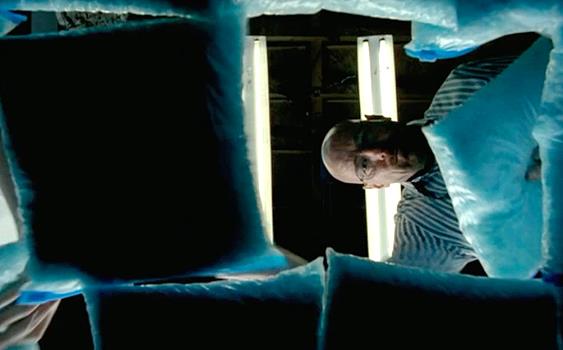 4. During much of that phone conversation, he’s also bathed in neon red lights, which is an interesting contrast to the halo in the opening scene, and it could also portend danger. In fact, during the conversation, he talks about the Kettleman family being in “danger.” 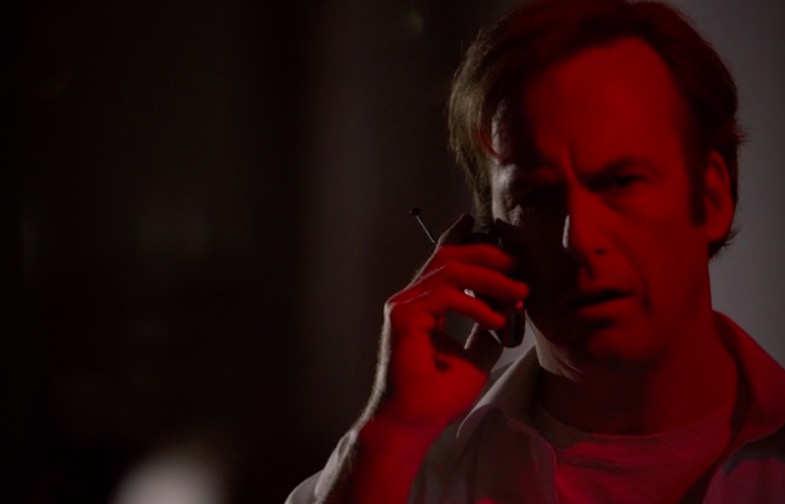 5. Note the interesting lighting here, too. There’s nothing to it, but I was wracking my brain trying to figure out with letters spelled out here: 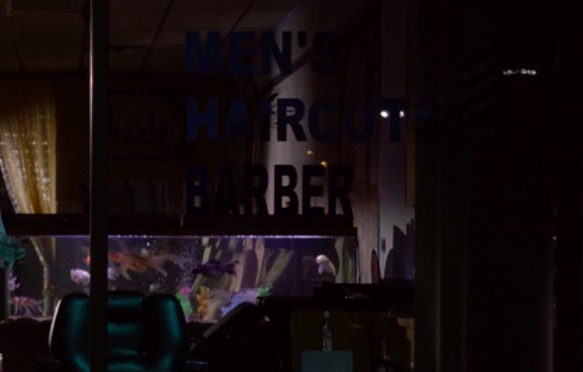 I had to light it up in order to see: 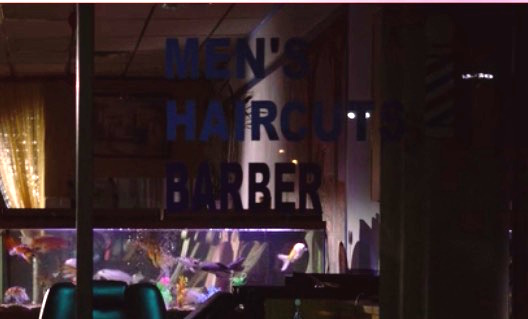 6. This is just a cool shot. The entire frame is blacked out except for one little square. 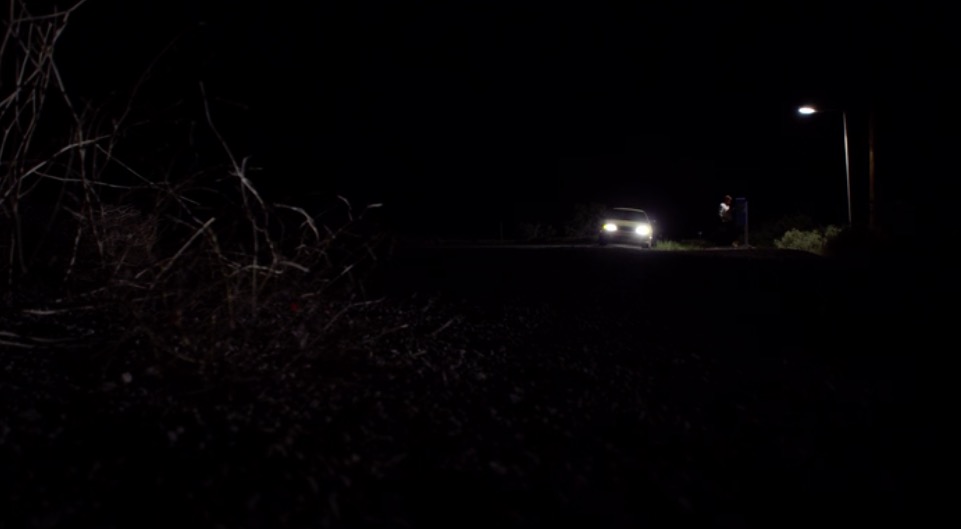 8. Why is there a Stuart Little poster in the background? Maybe it’s because the camera operator on both Better Call Saul and Stuart Little is the same man: Harry K. Garvin.

9. At this point, there are probably enough of these shots from the Breaking Bad universe to do a supercut: 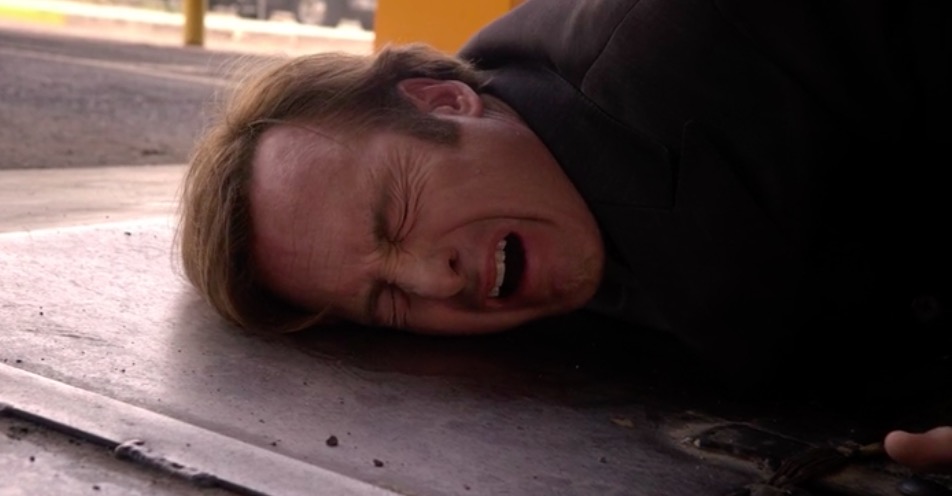 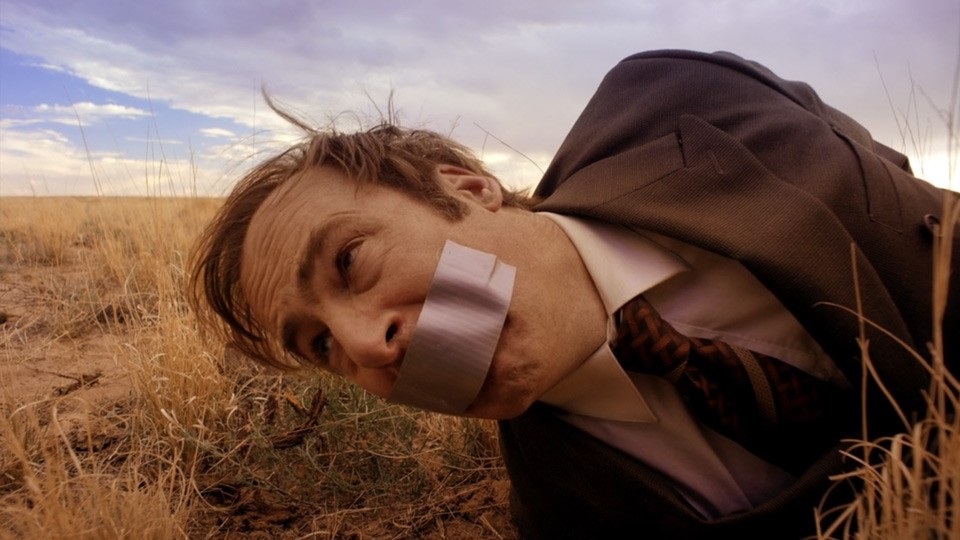 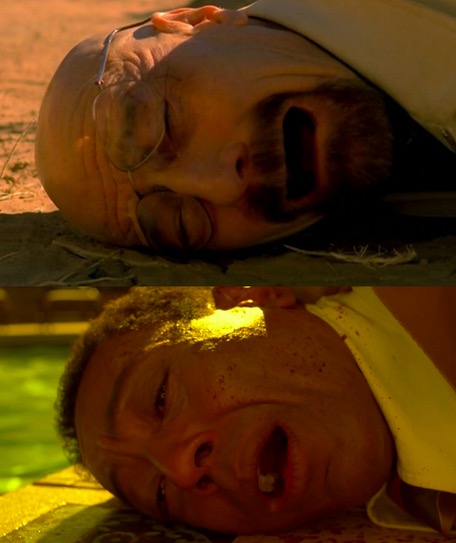 10. An interesting side note here is that the episode is directed by Terry McDonough, who also directed the Season 2 episode of Breaking Bad, in which Saul was introduced to the series.

11. One last note: This is a shot of the mirror in the second episode.

This is a shot from Breaking Bad.

Someone care to explain that?