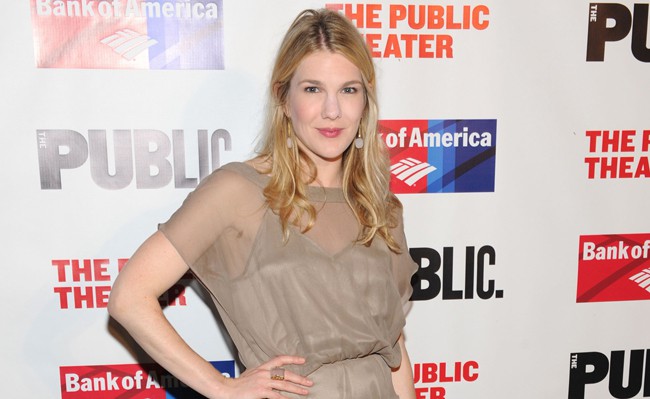 Late last month, news got out that Lily Rabe would be coming back to the American Horror Story series and playing a “famous serial killer.” Today, that serial killer has been named and it’s the one and only Aileen Wuornos, subject of the Oscar-winning Monster. That means that the monster from Monster is meeting Mother Monster Lady Gaga, who is playing the owner of the titular hotel at the center of American Horror Story: Hotel. So many monsters! I hope there are enough rooms at the hotel for all of them plus all the bodies!

Rabe is a huge part of the FX franchise, but only made a short cameo appearance as Sister Mary Eunice in American Horror Story: Freak Show. Ryan Murphy did say at San Diego Comic Con that characters we’ve seen before will be checking in to Gaga’s hotel of terror. Murphy also revealed at the Television Critics Association tour that the hotel itself will be located in downtown Los Angeles and that this season was inspired by creepy surveillance footage. Here is what he said about Lady Gaga’s character, Elizabeth, via the Los Angeles Times:

“…[S]he is sort of a very wealthy social doyenne who is consumed with art and fashion and people. And she has nefarious plans revealed in the first episode, and plays out over the course of the season. She starts shooting on Monday.”

She is also shooting what is said to be a “pretty spectacular murder scene” with Matt Bomer, so it’s already sounding like a rollicking good time!