The ‘Wayward Pines’ Finale Gave Us The M. Night Shyamalan Twist We Were All Dreading 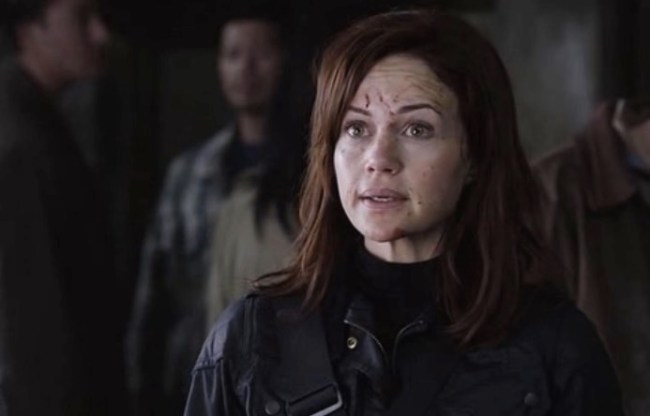 After last week’s episode of Wayward Pines, I suggested that if the series ended like with the original book ending, that we’d riot. The book ending is bad. Last night’s actual season finale was worse.

Let me just preface this by saying that, if any of you watched Wayward Pines based on my recommendation from the first half of the season here or on the Station Agents podcast, then I AM SO SORRY. I thought that the worst ending we could possibly get was the one that M. Night Shyamalan promised that we wouldn’t get. This finale was worse than even that.

In fact, the finale is probably why Fox has waited to renew the most popular show of the summer for a second season: Because they knew it would receive the kind of backlash that might ruin interest in a second season.

Im so pissed off at how #WaywardPines ended

I know M Night Shyamalan didn't write #WaywardPines, but the twist was so bad it seems like he did. He has an uncanny knack for bad endings.

The consensus among many is that the finale actually felt like an M. Night Shyamalan twist, and not the good The Sixth Sense kind, but The Village kind. I was less angry with the ending than I was simply bummed. The promise of the first five episodes of Wayward Pines, which really were good, was frittered away with a ending that — in typical Shyamalan fashion — was more interested in the “twist” than “logic.”

I could deal with Pam’s unrealistic transformation from Nurse Ratched to Town Mom, and I even thought it was fitting — in the context of her new character — that she be the one to kill her brother, David Pilcher (though, I’m still perplexed as to why there’s no hangover for any of the characters who wake up from cryogenic sleep; I don’t have that much wherewithal after a nap).

I could also live with Ethan’s silly sacrifice, even though it presumes that every single abbey that had invaded the town was in that elevator shaft, and even though I didn’t quite understand why Ethan was so intent on saving townspeople that he — and the rest of us — barely knew. I gave no damns about the scores of people who were picked off by the abbies because I didn’t know them. We knew the abbies as well as we knew most of the townspeople, and because the abbies were actually the evolved versions of ourselves, I may have had more sympathy for them. One of them could have been my great-great-great-great-great grandfather! 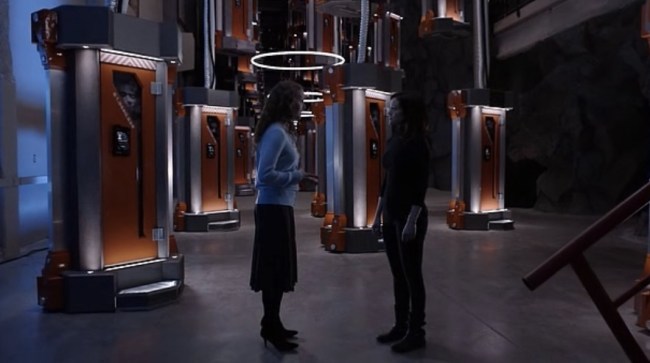 But that ending? Gah. First, they give us a false sense of hope — showing Pam and Kate coming clean with each other and vowing to keep civilization alive. But then they jump ahead three years to reveal that Ben — who had been conveniently knocked unconscious by some poorly computer generated debris after the explosion that killed his father — had been put back to sleep.

He wakes up to find that all the adults have been put in storage, and the First Generation — led by Sheriff Hitler — had taken charge of Wayward Pines and had returned it to the way it was under Saint David Pilcher. In Ben, they essentially recreated Ethan’s disorienting first entrance into Wayward Pines.

1) How did the First Generation wrestle control back away from the adults? That would’ve been a good episode. They could’ve condensed the last four episodes into two episodes, and spent an entire episode just showing us that (it would’ve at least allowed us to get to know our villains a little better).

3) Why was it necessary for Wayward Pines to revert to its former self if the first generation knew about the secret? The reckoning was designed to keep people from learning the truth and/or from leaving. THEY ALREADY KNEW THE TRUTH. They saw the abbies. No one was going to leave.

4) Why did they let Young Hitler lead them? He wasn’t exactly well-liked by even the first generation.

6) Wait, so Ethan saved the entire town from the abbies only to have them overpowered by a douchey punk and his seven hesitant merry men? It was all for nothing? I mean, I get bleak. I like bleak! This was not bleak as much as it was just pointless.

7) WHY WAS THIS FAMILY ENJOYING A PICNIC UNDER A SERIES OF CORPSES? That’s no way to have a picnic, guys.

Look, I don’t know if Shyamalan wrote that ending or not. He was just the producer, but he let that ending happen. He saw it and must have said, “Cool. Good enough.” So, this is on him, and when it comes to Shyamalan, I guess that some of us never learn.

Damn it. The one thing I will say for the finale, however, is that I appreciate that they kept the sheriff’s love of ice cream consistent throughout.