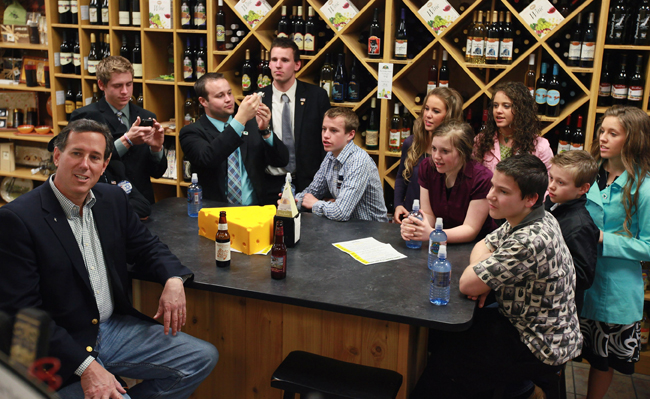 Good news! Everyone’s favorite gun-toting, pro-life, homophobic former United States Senator will reportedly announce his run for presidency today. After being edged out by Mitt Romney in 2012, Rick Santorum is throwing his hat in the ring once again. This time, his campaign is on point, judging by this official Santorum for president campaign song that was released on SoundCloud this morning, “Take Back America (UNLEASH OUR PRIDE).”

You heard right. Santorum will take back this great nation from Obummer, and he’s pandering for help from good, hard working, salt of the Earth people to help him do it. Or should I say, the “blue collar warriors” of America. Sample lyrics include:

Incredible. Jon Stewart couldn’t be leaving us at a worse time. You can listen to the whole thing below. (May need to refresh the page to get the player to load.)