Michael Bloomberg On Donald Trump: ‘I Know A Con When I See One’ 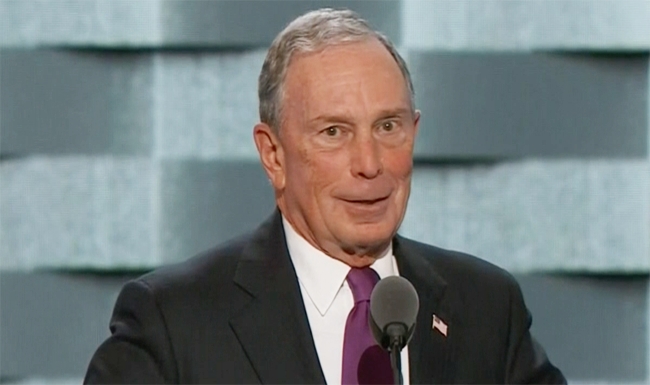 Former New York City Mayor Michael Bloomberg took the Democratic National Convention stage Wednesday night to deliver an impassioned endorsement of Democratic presidential nominee Hillary Clinton. Bloomberg and Clinton worked closely together when he was Mayor, and she was the junior Senator from New York. Current NYC Mayor Bill de Blasio also endorsed Clinton in a speech earlier in the night, a scheduling choice that some interpreted as a slight against the current Mayor (who is also the first Democrat to hold that office since 1993).

Calling himself “an outsider that will deliver an unconventional convention speech,” Bloomberg said that he wasn’t there to endorse a party or a platform. “I am here for one reason: to explain why I believe it is imperative that we elect the next President of the United States,” he said. “I look at the candidate, not the label.” The former mayor has been registered as an Independent, Republican, and Democrat at various times in his life. He directly addressed independent voters and Republicans who don’t like Trump by stating, “I know what it’s like to have neither party represent my views or values.”

Calling Trump a “dangerous demagogue,” Bloomberg told the audience that it was their duty to vote in November. He warned, “We need a president who is a problem solver, not a bomb thrower.” He went on to describe his experience working with then-Senator Clinton in the wake of 9-11. “Throughout her time in the Senate, we didn’t always agree, but Hillary Clinton always listened,” Bloomberg said. He then called upon his own business success to rip into Trump’s business legacy:

“Most of us who have created a business know that we’re only as good as the way our employees, clients, and partners view us. Most of us don’t pretend that we’re smart enough to make every decision by ourselves. And most of us who have our names on the door know that we are only as good as our word. But not Donald Trump. Through his career, Donald Trump has left behind a well-documented record of bankruptcies, and thousands of lawsuits, and angry stockholders, and contractors who feel cheated, and disillusioned customers who feel like they’ve been ripped off. And he wants to run the nation like he’s running his business? God help us.”

“I’m a New Yorker, and I know a con when I see one,” Bloomberg told the crowd. “I understand the appeal of a businessman president, but a Donald Trump business plan is a disaster in the making.” The former Mayor ended his address with an appeal to independent voters. “The bottom line is: Trump is a risky, reckless, and radical choice, and we can’t afford to make that choice.”

You can watch Bloomberg’s speech below.