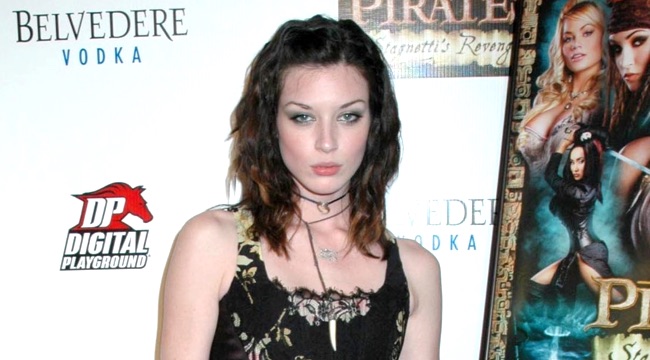 After accusing ex-boyfriend and former screen partner James Deen of rape last Saturday, Stoya has been fairly silent on social media. Now, almost a week after her tweet made headlines and led other women coming out to share their own stories of being assaulted by Deen (as well as companies such as Kink, Doc Johnson, and Evil Angel ending their relationship with the actor), she’s given her first interview to The Guardian, where she spoke with Melissa Gira Grant about why she chose to go public.

The timing of Stoya’s tweet is no accident. According to The Guardian, the actress was filming a non-erotic feature in Serbia which brought up a lot of old and painful memories for her. The film called for scenes which featured rape by an acquaintance, and as a survivor, the feelings she had didn’t just go away when the director said “cut.” Her choice to go public, after so many years, wasn’t a casual one.

“I couldn’t bear the thought any more,” Stoya said, “that there might be something terrible happening to yet another woman at his hands, or more likely, at his cock, that she didn’t want, because I kept quiet. I just … I couldn’t, I couldn’t.”

Stoya’s tweet set off a firestorm of controversy, which ultimately led to more and more terrifying accusations against Deen, including both sexual, physical, and emotional abuse. According to The Guardian, Arabelle Raphael, another adult actress who’s worked with Deen, says that Deen’s actions being made public are a relief:

“People knew,” Raphael said. “A lot of people knew. I don’t think everyone knew. And some people had really good experiences with him, but that doesn’t mean anything.”

Friends in the industry also told Raphael to put Deen on the list of performers she would refuse to work with, The Guardian reports.

For Stoya, speaking out was about not keeping secrets and also letting the world know that Deen’s character was quite different than the fun-loving approachable hipster he appears as. Here’s why she says she chose to come out on Twitter:

“Because that’s where the record needed to be updated.” On Twitter and on Tumblr, she would still see posts from fans: “James and Stoya #relationshipgoals! That frightens me. That’s also something I don’t have any more control over than I have over what happened after I posted that tweet.”

The entire interview is worth a read (as are the comments by Stoya’s colleagues in the adult industry), and there’s an important message in the piece for porn critics: Due to the fact that being an adult performer is often seen as awful, embarrassing, and degrading, there’s a reason why everyone puts on a happy face and tries to exude a positive image. And if you don’t, getting work, The Guardian reports, would be impossible. It’s also important to note that for victims of assault, naming what happened as rape is a painful and difficult process, something that Stoya points out.