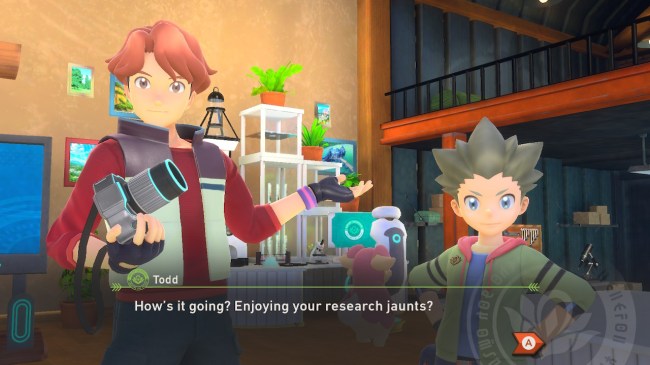 For those who have played the classic Nintendo 64 title, you might recognize Todd as, well, you. Back in the original game, players took on the role of the budding photographer, guiding him on various expeditions as he cataloged Pokemon for Professor Oak. Back in 1999, Todd was the same age as presumably the bulk of the Pokemon fanbase, new to double digits and mere moments away from raging hormones.

However, in New Pokemon Snap, Todd is now a fully-grown man and world-famous Pokemon photographer who has come to the Lental region to assist Professor Mirror in his efforts to learn more about wild Pokemon. A key part of this endeavor is taking on the role of mentor to the new generation of Pokemon photographers: your rival, Phil, and you. In addition to helping you improve your skills behind the lens, Todd provides players with Research Requests that unlock stickers you can use to decorate your photographs before sharing them with the world.

You can catch Todd, and ’em all on film, in the newest Pokemon title New Pokemon Snap, out today on Nintendo Switch.