At this point, you almost feel bad for women named “Karen.” For the past couple of years, it seems there has been no end to the number of ways white women can annoy, harass, report, or otherwise trouble Black folks going about their business. To whit, the latest case proved not even the highest-profile among us avoid the dreaded Karen curse, as last night’s Lakers game was stopped mid-quarter to remove a loud (and uncovered) mouthed heckler and her husband from the arena after they trash-talked LeBron James.

Naturally, what with LeBron being one of the most famous athletes in the world, folks on social media had plenty of thoughts about the disruption, including LeBron’s peers and friends in the music biz. While James himself seemed unperturbed, tweeting “Courtside Karen was MAD MAD” on Twitter, his dubbing of the fan — real name Juliana Carlos — as “Courtside Karen” provided no small source of amusement to other big names like 2 Chainz, Drake, and Rick Ross, who left comments on posts about it on social media. 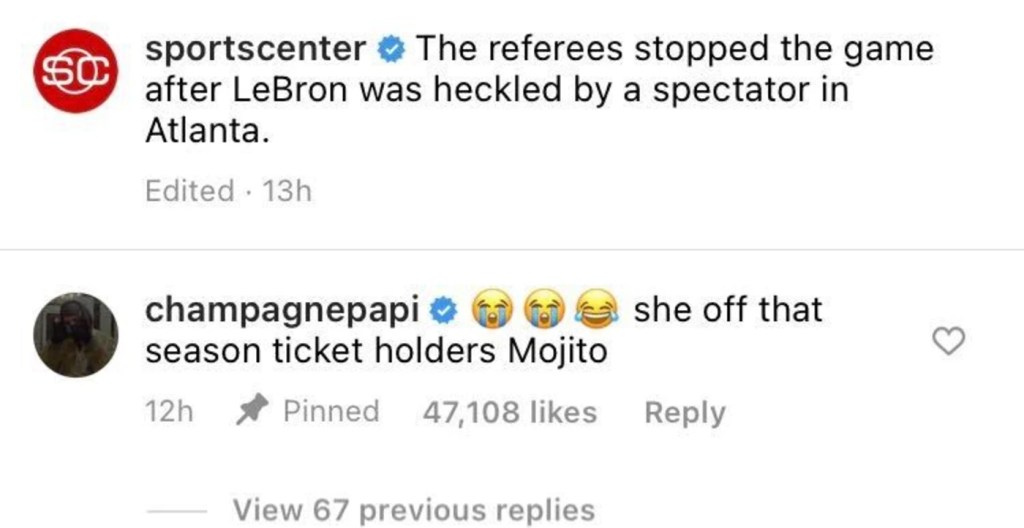 They weren’t the only ones; social media users collectively had a field day roasting Carlos for getting tossed from the game, especially when her defenses revealed a mindset that that could charitably be considered pretty tacky after the past year or so.

Check out some of the best responses below.

LeBron telling Savannah what Courtside Karen said to him pic.twitter.com/emT8gtwDwI