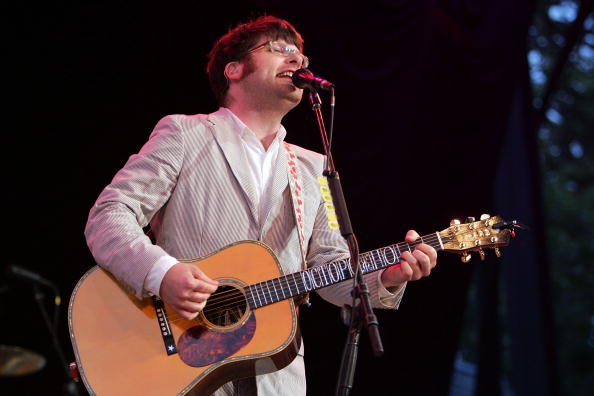 Decemberists frontman Colin Meloy hails from Oregon, so it makes sense that he’d have some thoughts about the armed militiamen who took over the Malheur National Wildlife Refuge this past weekend. Spoiler alert: he’s not a fan.

Then, he decided to try a more direct approach, by giving us some ribald tweets of his own:

"They huddled together for warmth. The cold of Ammon's Ruger 22 against Brian's naked thigh sent a thrill up his spine." #bundyeroticfanfic

"Jason pressed Jed against a rack of "Birds of Oregon" books; his breath was sweet with jerky. Somewhere, an egret cried" #bundyeroticfanfic

After awhile, several of Meloy’s follower got in the action, giving us juicy tweets like these:

"He was torn. On the one hand, being gay is a sin. On the other hand was Ammon's soft buttock." #bundyeroticfanfic @colinmeloy

@colinmeloy With his hand on Ryan's chest, he felt the passion beneath his pocket-sized copy of the US Constitution. #bundyeroticfanfic

@colinmeloy Cletus's hands guided him to the right spot. "Squeeze the trigger, don't pull it," he whispered. #bundyeroticfanfic