DMX Is Reportedly Dead At 50 Following A Drug Overdose

In news that the music world hoped would not arrive, it’s been reported that DMX has tragically passed away at the age of 50. The news arrives less than a week after he suffered a reported drug overdose at his home. According to TMZ, the incident occurred at 11 p.m. last Friday and resulted in him being rushed to a White Plains, New York hospital.

Upon his arrival, the rapper was reported in “grave condition” and placed in the facility’s critical care unit. TMZ also reported that the overdose triggered a heart attack. After some conflicting reports about his status, it was clarified that he remained on life support with little brain activity. The rapper then spent days in the hospital with family, friends, and supporters hoping he would pull through. But today, word of his passing was reported by his family in an official statement. 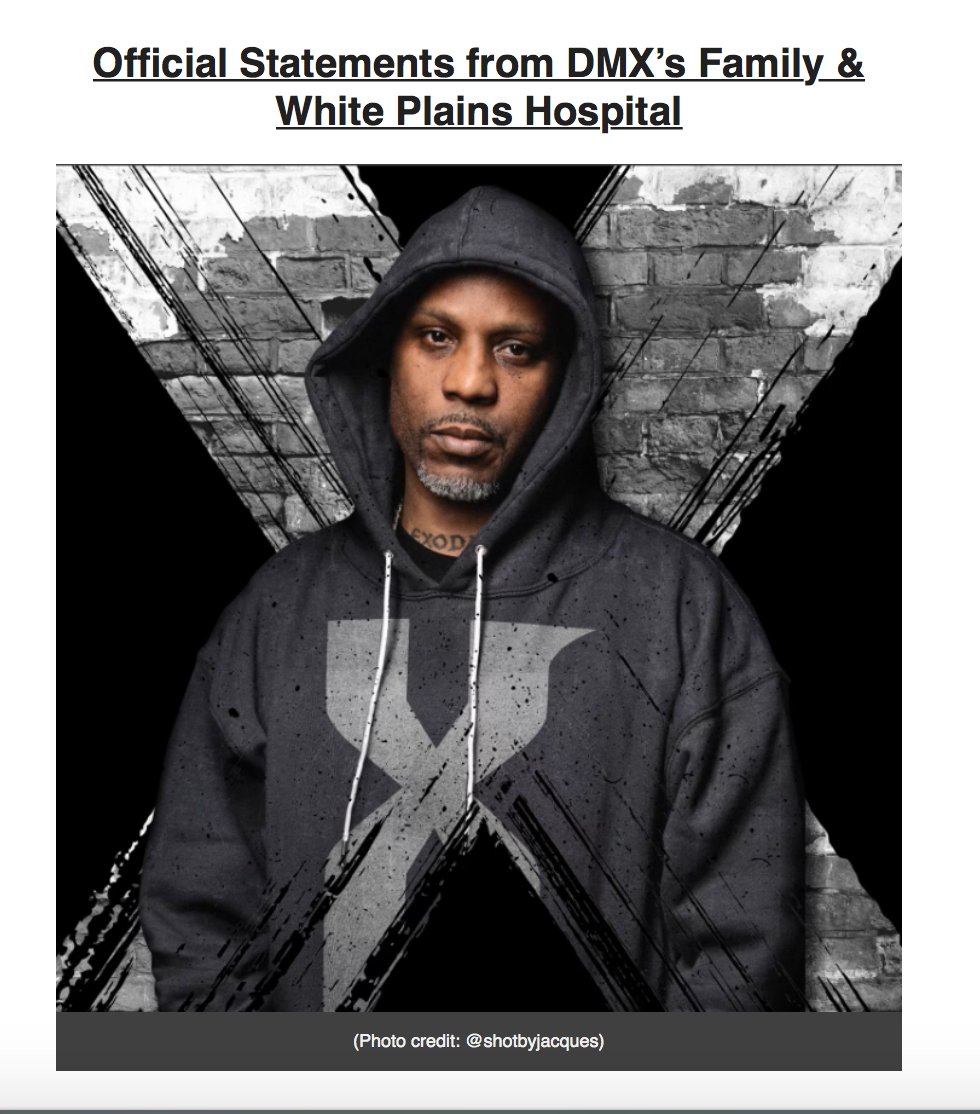 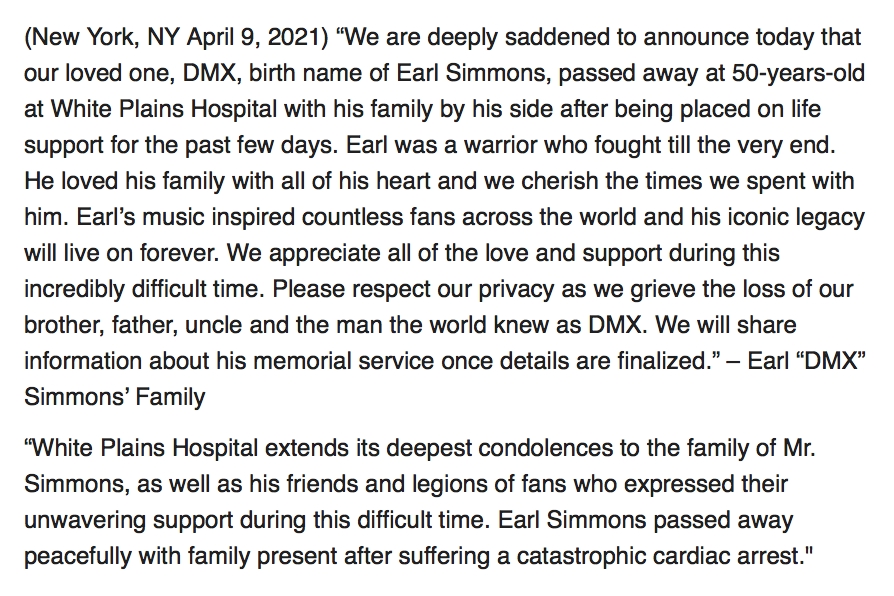 DMX’s passing is a sad ending to his long-documented battle with drug addiction. It’s one that began when the rapper was tricked into smoking crack by his rap mentor at just the age of 14. In recent years, his battle landed in the eyes of the public through multiple trips to rehab — one in 2017 and another in 2019. In both situations, he was forced to cancel concerts in order to get a grasp on his addiction.

In 2019, his rehab announcement was made through an Instagram post. “In his ongoing commitment to putting family and sobriety first, DMX has checked himself into a rehab facility,” the caption read. “He apologizes for his canceled shows and thanks his fans for their continued support.”

Despite these past bumps, DMX seemed to be heading toward a better path and was preparing to release his upcoming album, one he said would arrive with features from Griselda Records, Pop Smoke, and U2’s Bono.